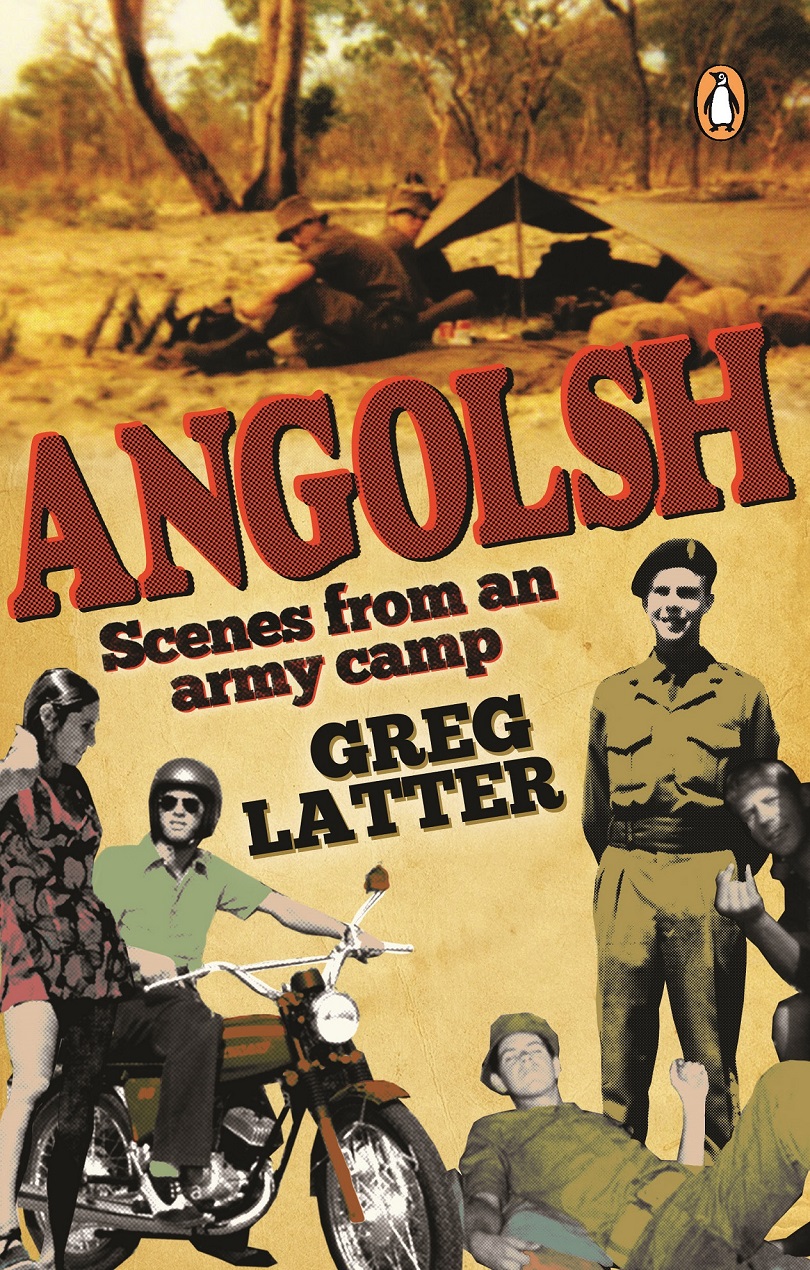 When apartheid ruled supreme Greg Latter like most white South African men between the ages of 17 and 65 was forced to do military service. It was called conscription and you had no choice in the matter. Although early on selection was by ballot and a few (un)fortunately missed the chance to serve their country right or wrong. In those dark days people were so brainwashed at school and through the media about the Rooi Gevaar (the communists ) that most didn’t know why they were fighting.

Conscription started in 1967; at first you had to serve for nine months and when the South African Defence Force invaded Angola (Angolsh), in 1977 it was increased to two years and conscripts also had to do three-month tours of duty.

Greg Latter, a mine blaster, received his three-month call-up papers in 1976, after serving his compulsory two-year stint with the 4th Field Regiment in Potchefstroom. Where he first encountered the sadistic Afrikaner instructors who hated English-speakers and the Jews even more. Latter recalls an incident when a troepie called Cohen, a religious Jew, asked to be transferred to Johannesburg to be nearer his synagogue. He was transferred all right – but to Walvis Bay – the “worst posting in the entire army, navy and air force”. No Jew asked for a transfer again, records Latter.

Now Latter’s destination was Angola with the Transvaal Horse Artillery.  But he was chuffed to be going: he knew South Africa was at war, that the Cubans were in Angolsh and that the commies were trying to take over almost the entire continent of Africa.

So he handed in his ticket. Latter also phoned the Transvaal Horse to find out where he was going. But the information was classified, he was told. Nonetheless he jumped on his Honda 750 with a stash in the saddlebags, headed for the Transvaal Horse via the then Eastern Transvaal.  In Witbank he met two biker jollers who were eager to split a spliff with him. In Pilgrim’s Rest he picked up Patty and Sam, who were on a “tour of togetherness”. The two university students felt a bit sorry for him after he told the two girls he was heading for Angola to fight in the bush war. They were both his age, Patty, slim and pretty, and Sam, plump and squat. They felt sorry for him, but not sorry enough to sleep with him, but they shared a joint or two of the good stuff. There is a happy ending much later, after Latter “klaars uit”.

Angolsh is not a Boy’s Own adventure of soldiers in battle. Although Latter never heard a shot fired in anger, he was involved in a shooting incident that could have had serious repercussions.

Latter’s three-month tour in Angola was in a word, boring. To while away the time he developed relationships with other soldiers and renewed his friendship with Kevin ,an army chef who visited the Portuguese refugee camps to dish out food. Kevin also had a side-line dealing in aguardente which they enjoyed with a zol. Aguardente is 60% alcohol and is better known as firewater which the Portuguese were selling because they needed rands for when they reached South Africa. Needless to say Kevin also had a good stash to sell.

On the long ride to the border Latter, who was a technical assistant (TA) made friends with one of three signallers, Dan Podolski, who had firm views on the war. They often played chess and Podolski, a Jew from Cyrildene, was involved in the shooting incident.

Two officers loomed large in his life at camp: Major Hoepfel (Hopeful) and Lieutenant Evans who fancied Latter’s sister, Lynette. Hoepfel became a mentor of sorts to Latter, who had some baggage of his own that he finally discards when he decides to set off on a new and different path.

Angolsh is one man’s story of three months spent in the wilderness with nothing to do except stand guard, eat the kak food and smoke dagga. His memoir evokes a perfect sense of place and time that many veterans will identify with,  even the “bush war liars”, that Latter referred to in a Sunday Times interview.  There are touches of humour and some intensely moving moments.