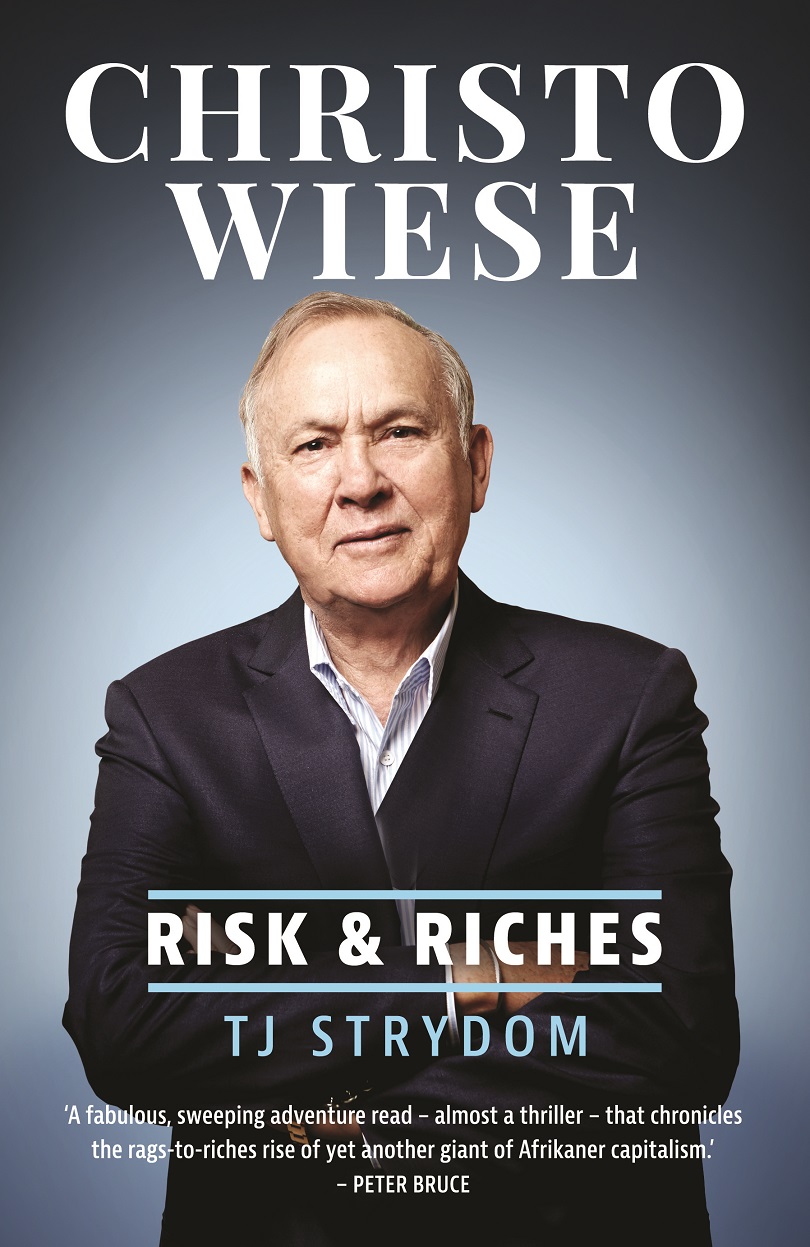 It’s not easy to write an unauthorised biography of a celebrity as it is difficult to get to the essence of the person: you have to rely on hearsay and extensive research.

However, TJ Strydom, a respected financial journalist has put multi-millionaire Christo Wiese under the magnifying glass, and even without his help and has come up with a winner.

Wiese’s journey started with Pep Stores which was founded by Renier van Rooyen and his lawyer friend, Gawie Esterhuyzen, in 1954. Van Rooyen married  Wiese’s cousin Alice that same year. The small store was called the Bargain Box but it soon expanded when Van Rooyen noted that clothing was a good seller. The store grew to four in the northern parts of the Cape Province. Van Rooyen realised he wanted a peppier name than Bargain Box or BG Stores, and with the help of travelling salesman, John Lee, who later became chief buyer for the group, settled on Pep, chosen out of 10 names that Lee suggested.

Wiese’s father, Stoffel invested in the company when Van Rooyen called for backers and raised R50 000 out of the R250 000 he needed. Wiese, who was a student at Stellenbosch, also invested R5 000, half of which he borrowed from his father. The rest as they say is history.

The Wiese family can trace their roots back to the Cape in the 1700s. Research shows that there was a “koopman” in Wiese’s ancestry.

Strydom notes that when Benjamin Weise (junior) left the Netherlands for a new life in 1712 he probably didn’t think that his great-great-great grandson, Christo, would make a fortune from a business similar to that of his father Benjamin, who was the koopman in the family.

The author also looks at Wiese’s political life against the backdrop of a changing and challenging South Africa. Wiese was a candidate for the then Progressive  Federal Party, and instead of Stellenbosch, where he expected to stand, he stood in Simon’s Town where he lost to John Wiley.

Wiese’s wife, Caro, was the daughter of Japie Basson who was booted out of the National Party when he said he didn’t like the direction apartheid was taking. He formed the National Union but then joined the United Party and then later he went back to the Nats.

Risk and Riches follows Wiese’s journey from where he was born in Upington whn his father Stoffel, a Kalahari farmer, also owned a petrol station in the town. And in Grade 11 (Standard 9) the young Wiese was sent to “Boishaai”, the Hoer Jongenskool in Paarl for two years of learning.

Although Stellenbosch University wasn’t far from Paarl is father sent him to UCT, apparently where the “Bloedsappe” went. He had a less than stellar period, and though he registered for law, he realised he had chosen the wrong courses and left without a degree.

Wiese knew that he wanted to be a businessman so his father bought a radiator repair business which they both managed. In 1963 he arrived in Stellenbosch at the age of 21, relatively old for a first-year student and again registered for law. At Wilgehof res he met Frederick Van Zyl Slabbert, the future leader of the PFP, and Whitey Basson, who was destined to turn Shoprite-Checkers into a mega business. It was also a tumultuous time for the Maties when Wiese, who loved politics, but probably not as much as big business, proposed several startling initiatives when he was elected to the SRC.

Wiese has had fingers in many pies: he owned a diamond mine, he bought Lanzerac, although he didn’t think wine-makers made money, but he turned into a profit making venture. There was Pep of course, and then there was Steinhoff which Strydom examines through a microscope.

The book opens when Wiese was stopped at British customs with bags full of cash and crumpled notes among the shirts in his suitcase. And ends with Strydom asking what Wiese’s legacy will be. Wiese often sails close to the wind, but that’s what a deal-maker does and which is why he is often described as “the richest man in the country”. Strydom says Wiese is a “kansvatter”, the Afrikaans word for a man who has a serious appetite for risk and is not afraid to push the boundaries. At Pep Stores when Van Rooyen was the number one man, Wiese says he was not cut out to be number two.

Despite the limitations of not being able to interview Wiese, although he was promised one, Strydom has done an excellent job on a man very much in the public eye but not really known, except for close associates and his family.

Risk and Riches reads like a thriller. Like his subject, Strydom took a risk but it has paid off handsomely.

But the last word goes to Wiese who said while he was courting Caro, his wife-to-be, “I had decided in any case, that I wanted to be a millionaire first before I got married.”