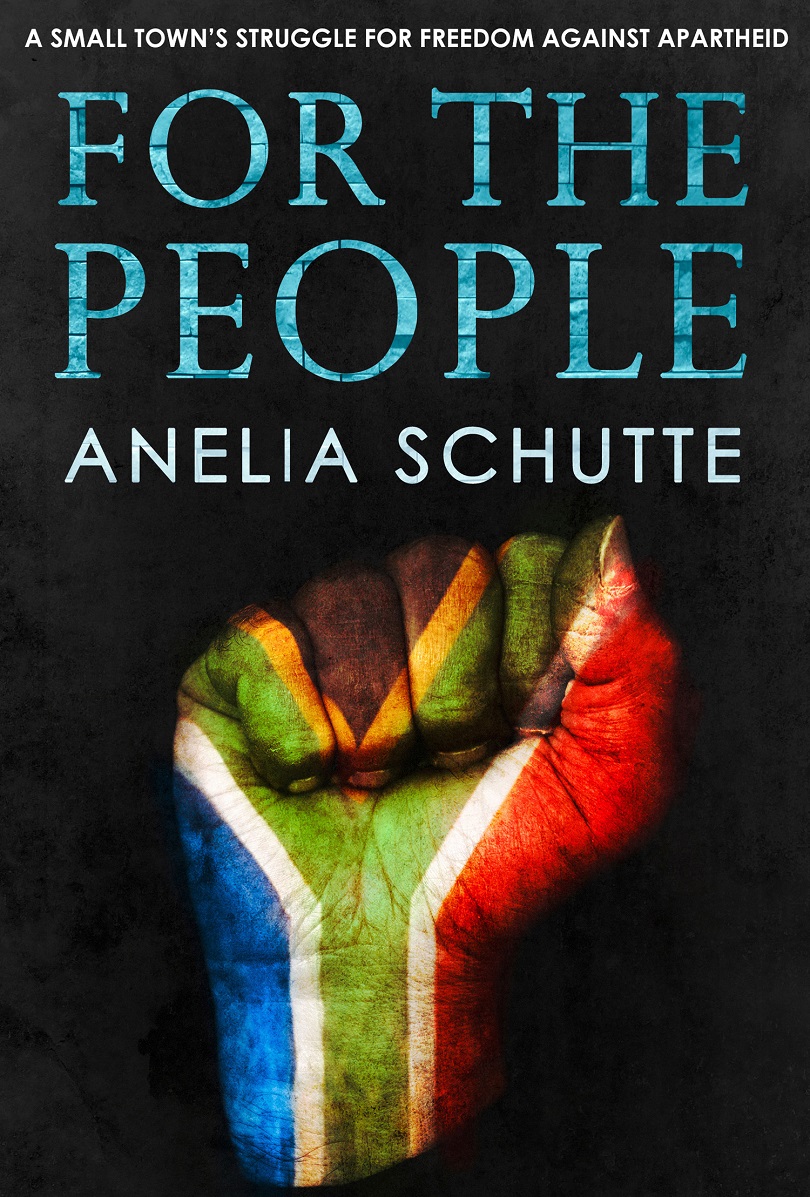 When we reflect on The Struggle the names of the people who were involved spring readily to in mind: Nelson Mandela; the June 16 Soweto student whose protests signalled the beginning of the end of apartheid; Steve Biko; Oliver Tambo and his wife, Adelaide, the Bernsteins, Hilda and Rusty, and of course, the fiery Winnie Madikizela Mandela, to name some.

But there were many unsung heroes, who are being airbrushed out of history, or for the most part flew under the radar. One of these is “Nobantu” who left her mark in the poverty-stricken communities and the blight-and-crime ridden townships and informal settlements of Knysna.

Now her daughter Anelia Schutte has set out to shed light on a dark corner of South African history. Her mother, Owena Van Tonder was given the name Nobantu -– for the people  -–  at a ceremony in the Rooi Kerk, the Red Church in the township called Flenterlokasie, a location in tatters. The 26 people including four men came from various townships in and around Knysna, not to pray but to honour the woman who over the past two years had helped to change many lives. She started a crèche, she took the children to a then “whites only” beach under the watchful eye of the police. It was the safest place for the children, who had never been to a beach before, to swim, and at the same time, defying the draconian apartheid laws. But Owena was never afraid to stand up for what was right, even though she had little interest in politics. Whatever she did had the full support of her husband Theron, a teacher.

Later he built a house for teachers at a creche in Tembelitsha in 1983 with the help of his neighbour, Doug Starkey and their gardener Johnny Oliphant. Theron paid for the wood. During the building work young men loitered on the sidelines, threatening Johnny, not offering to help, but looking menacing and intimidating. Fortunately Johnny could speak a few words of Xhosa and he always warned Theron when it was time to pack up and go.

Schutte writes movingly about the naming ceremony and how the two committees representing the townships west of Knysna, Thembaletu and Vulindela, chose the name. Two names were written on scraps of paper, Nobantu and Noluthandu, the “one with the love”. And to mark the occasion, the committee members who didn’t have two pennies to rub together, put their sweaty coins and rumpled notes on the name they thought best to honour Owena.  Nobantu won out and they presented her with the money amid her protestations. But they insisted it was hers, like her name Nobantu. That was in 1984 and a cheque for R103.10c with the signatures of the 26 committee members takes pride of place on the dining room wall amid a host of family memorabilia. Even today when she walks down the streets of Knysna people remember her and she hears their cry of greeting, Nobantu.

Anelia Schutte had vague memories of visiting townships when she was a young girl with her mother who was a trained social worker. And she recalls being the only white girl visiting a crèche that Owena established in the 1980s for the black community.

Schutte grew up in Knysna unaware that just over the hills were the townships and squatter camps where black and coloured people were forced to live. She says she never questioned the status quo, she just accepted it. But 30 years later while she was living in London decided to find out more about her mother’s work and returned home to do research. Owena was a reluctant subject pointing out that she was just doing her job. Although Owena had been working as a volunteer for Child Welfare until 1972, her story really starts when in 1982 she was hired as the first white social worker for a black community. There was a lot of red tape that Ms Broster, the Child Welfare boss cut through to hire Owena in 1982. Owena knew from her training that it wasn’t for her to tell the communities what had to be prioritised. It was up to them to do so, so she established committees to discuss the issues and the meetings often went on for hours, until Theron asked her to move them to a day more suitable, so she moved them to Sunday afternoons while Theron looked after the children.

Schutte did a lot of research: dug into dusty archives hidden in municipal buildings; read old newspaper clippings and files of back copies. She  interviewed many of the people who were there. Some were reluctant to share their stories; their versions of events were often different from the official view.

For The People is an intensely moving story that lifts the veil on small-town apartheid and on one woman’s fight, with a little help from her friends and family, to right the wrongs of an unjust system. It deserves a special place alongside the plethora of books that exist of the Struggle written post 1994.