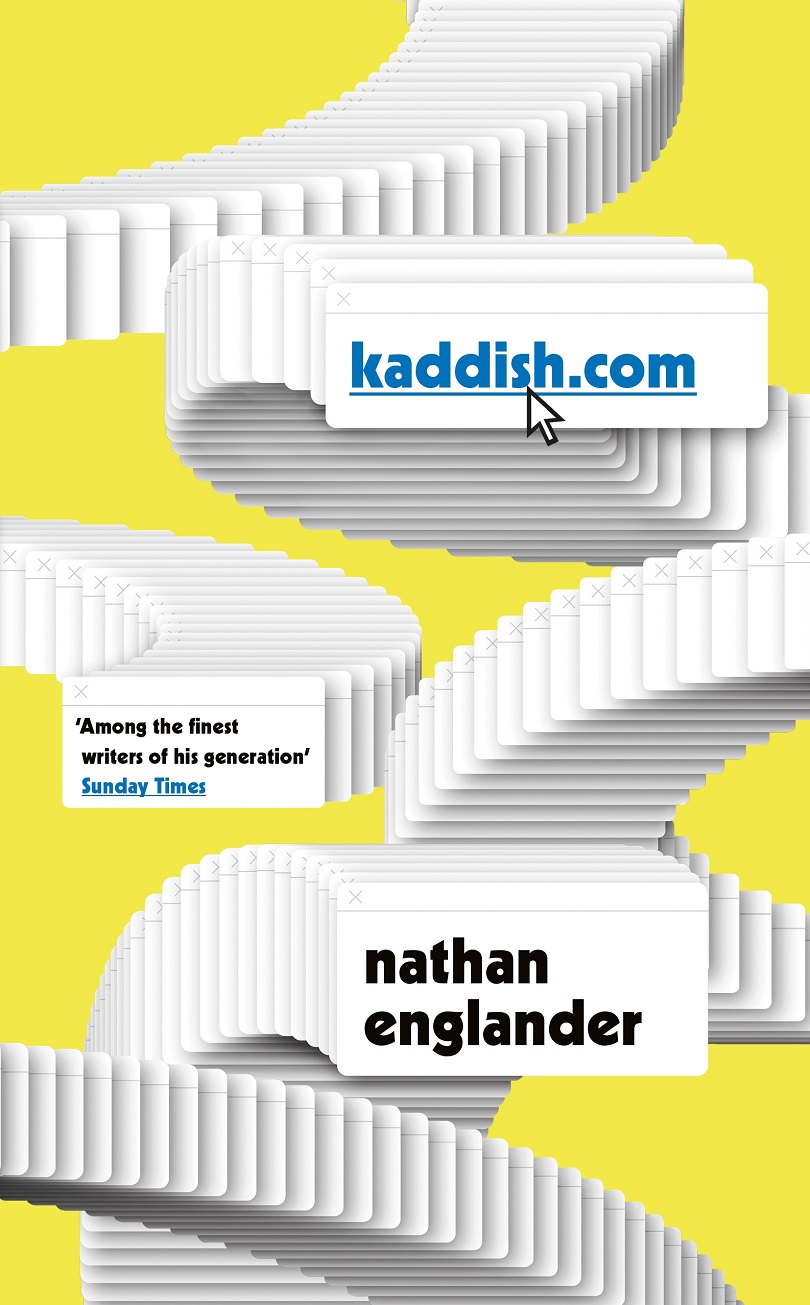 Nathan Englander is one of America’s finest satirists and is always funny and acerbic. He has won numerous accolades and awards for his work. In Kaddish.com he turns his spotlight on Larry a secular Jew who is a member of a religious Orthodox family in Brooklyn, ,who finds his way back to his roots after the death of his father.

Kaddish is a memorial prayer for the dead that doesn’t mention death at all. It is traditional for the son (and daughter) to recite the prayer four times a day for a year after the death of a parent or sister or brother, for example. There is also an obligatory seven-day period of mourning according to Jewish law.

Larry is in Memphis where his ultra-religious sister, Dina, lives in Memphis were his father will be laid to rest. The seven-day period is painful for Larry, not least because he is reluctant to say the kaddish, and when his sister reminds him that he has to recite the prayer for a year, lest his father’s soul be imperilled on the way to heaven. Larry searches the internet for a proxy who he will pay to say the kaddish. This is allowed in Jewish law, although his sister disagrees, even though the rabbis at the funeral give their permission, albeit reluctantly.

Larry find the proxy on a website kaddish.com and gets a receipt for his “donation”. Then Larry becomes religious, although Englander doesn’t explain why. Larry now known as Shuli becomes a Rabbi, gets married,  has two children and starts teaching at a religious college. All the while wondering whether he did the right thing by hiring a proxy. Shuli is almost computer illiterate so some of his more gifted students help him to find out where Kaddish.Com is based. So with the blessing of his wife, who has been saving some housekeeping money, he heads for Jerusalem where the website is based. However, the operation is not kosher. It would be a spoiler to say more. Kaddish.com is brilliantly written: you will laugh and cry, and if you’re Jewish you will identify with it, if not you will learn more about Judaism and its many nuances. There’s a sting in the climax that will come as surprise and a reminder that not everything is as it seems.