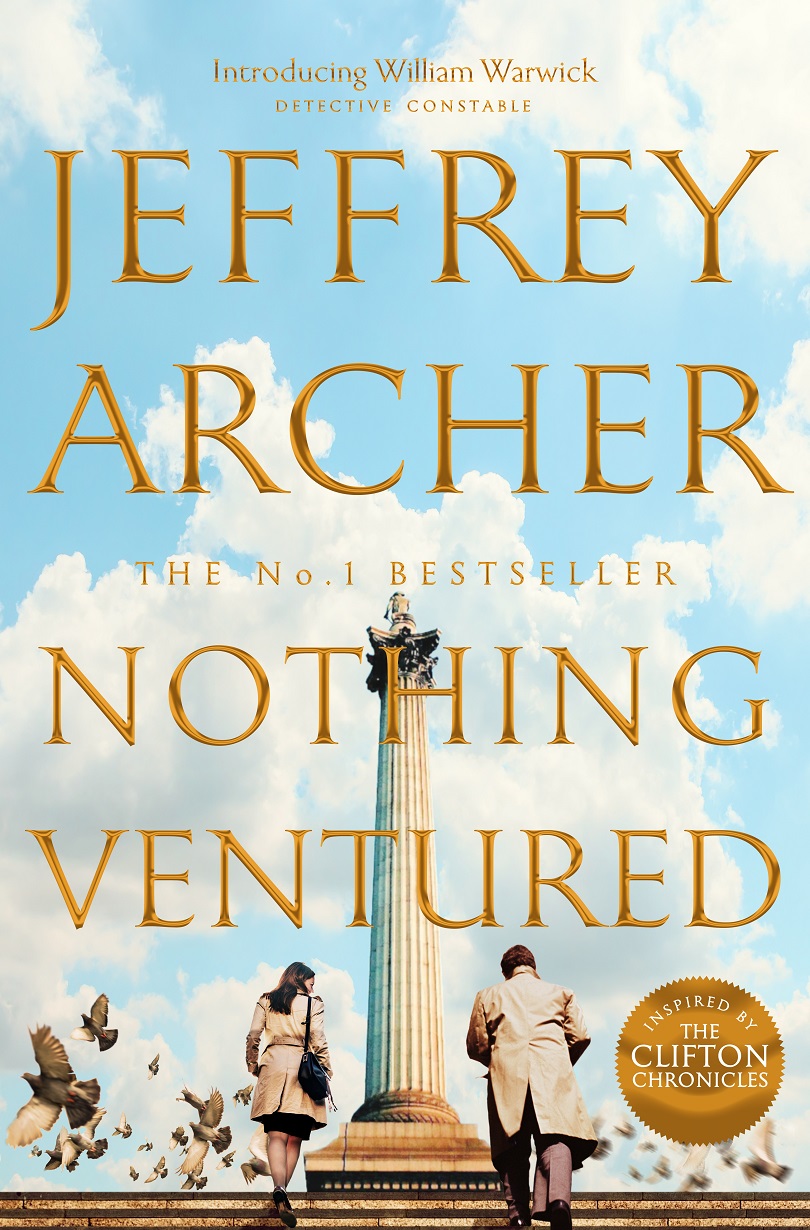 Nothing Ventured is a spin-off from the seven-part Clifton Chronicles which featured author Harry Clifton, who after his own wartime adventures, married Emma Barrington of cruise line fame, and he continued to write about the fictional detective William Warwick.

Now Archer is back with a debut novel about Warwick, and as the shout line on covers says, it is “not a detective story but a story about a detective”.

Archer chronicles the rise and rise of Warwick from a lowly constable to a detective although there are a few stutters along the way. Warwick joins the London Metropolitan Police after graduating from Kings College London twith an arts degree. Instead of joining the graduation class where fast promotion is guaranteed, Warwick insists on starting at the bottom. His father, Sir Julian, is an eminent judge and somewhat disappointed that  Warwick didn’t follow in his footsteps the way his sister, Grace, a lawyer did. However, he is always happy to dispense advice. In the first of what is planned to be an eight-part series Warwick after some time on the beat with an eccentric but long serving bobby, Fred Yates, accidentally joins the money laundering, arts and antiques division, where he comes up against Miles Faulkner, a no-holds barred art collector who is not above selling a brilliantly executed fake, and his slimy advocate Booth Watson, who unlike Sir Julian is not above bending the rules, a lot.

Warwick also meets and falls in love with Beth Rainsford, a research assistant at the Fitzmolean, where years ago a priceless Rembrandt was stolen. She has a dark secret that she keeps from Warwick, who arrests a forger that signs books in the name of famous authors, passing them off as rare collector’s Items. When the case gets to court there’s a surprise waiting for the still green detective.

There is a twist at the end which will have fans hanging by their finger nails waiting for the next instalment.

As Archer says, during the series you will follow the rise of Warwick from detective constable to commissioner. Should he ever make it “depends on my hopes for longevity”. The second novel which is already in progress will see Warwick in the elite drug squad. Archer is 79 years old and I do hope he will be able to complete the series. Even if his publishers and estate hire another writer to do it whoever they choose just won’t have that Archer touch.

Nothing Ventured is a gripping family saga in the unique Archer tradition.