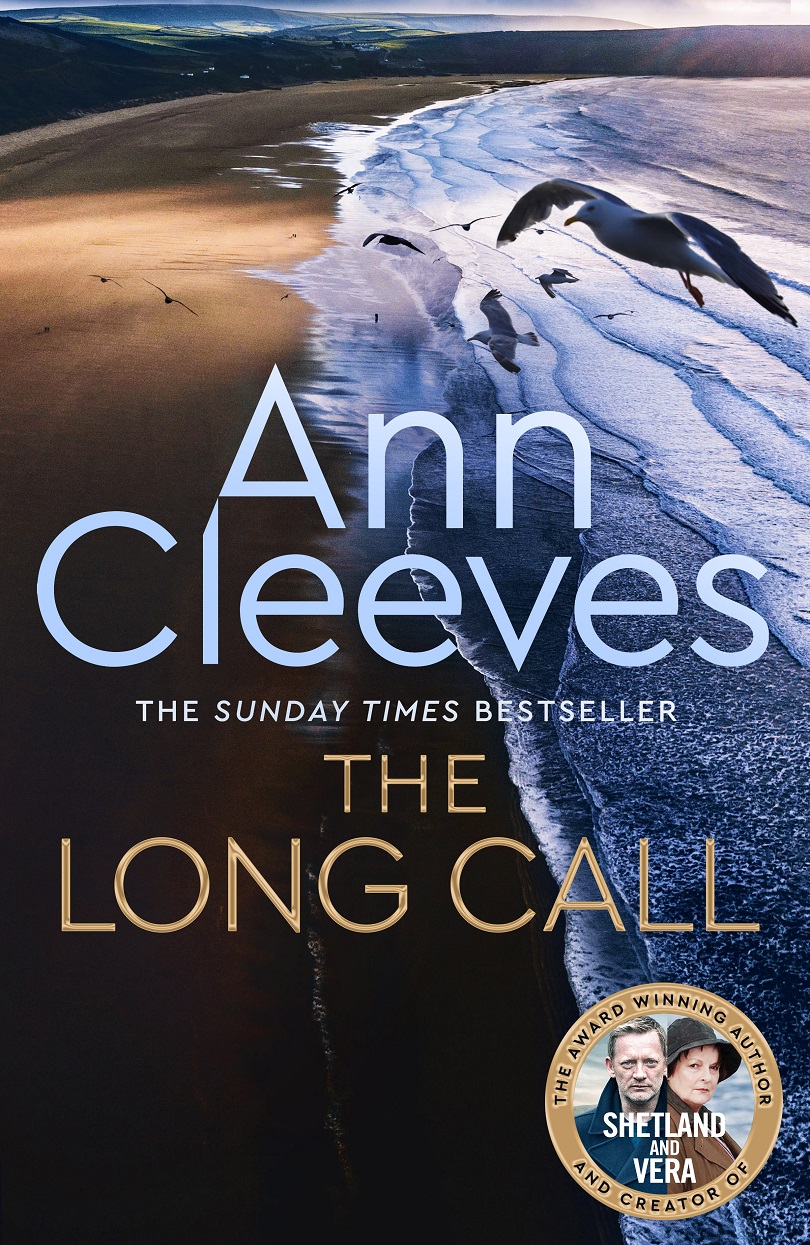 The Long Call is a departure for Anne Cleeves who is well known for her Vera and Shetland thrillers which have become television hits as well. Set in North Devon, with its two rivers, the Taw and the Torridge, it is a far cry from the Yorkshire Moors and the grey Shetland Islands.  But it also hides a multitude of sins.  Detective Inspector Matthew Venn who grew up in the area but was “excommunicated” when he questioned the beliefs of the Barum Brethren, an evangelic sect to which his parents belonged and were strict adherents of the code. To the young Venn it seemed very oppressive, after asking some searching questions of  the Brethren’s leader Dennis Salter , he walked away.
Venn was policing in Bristol only two hours from North Devon but it seemed like light years away with its culture buzz and big city lifestyle.

Now he is working in the North Devon area and with his partner bought Spindrift, a house on the edge of the marsh, on the flood line

The Long Call opens with Venn at his father’s funeral, but watching from the side-lines because he did not know how welcome he would be as his mother blamed him for her husband’s death: in any event after Venn was cast out he became estranged from his family and their Brethren associates.

While at the funeral he gets a call from his constable Ross May about a body that has been found at Crow’s Point.  And so begins an intriguing thriller that goes deep into the dark heart of North Devon. Later the man is identified as Simon Walden, a more than competent chef, but with a drinking problem, mental health issues, and reportedly homeless. However, he is taken into the private home of Caroline Preece, a psychiatric social worker at St Cuthbert’s which was set up as a charity for people in crisis.

Caroline’s flatmate is talented painter,  Gaby Henry, the artist-in-residence at the Woodyard, a hub for the community which also provides sheltered employment for people with various disabilities, including those who have Down Syndrome. The Woodyard is the pet project of Venn’s partner, but to say more would spoil one of the twists.

Venn’s search for Walden’s killer unearths some deadly secrets which point to a few of the town’s most moral and upright citizens.

Cleeves has an unerring eye for detail and a brilliant way of bringing the characters to life: the impetuous and impatient Ross May; Jen Rafferty, the feisty Scouser who is on Venn’s team; the unctuous Dennis Salter; Venn’s unforgiving mother; and Venn’s partner, who is painted with empathy; and of course, Venn himself, the quiet and dedicated police officer who is haunted by his childhood experiences.

The Long Call is the first in a planned two-part series, the Two Rivers, named for the Torridge and the Taw. However, I have no doubt there will be more and they will prove to be as popular as Vera and Shetland.