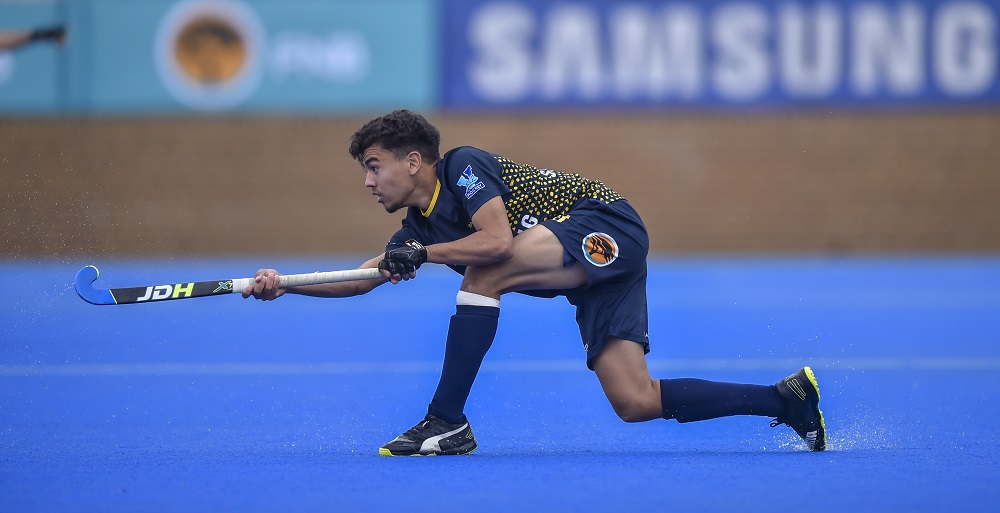 The Madibaz premier league men’s and women’s hockey teams have crowned a year to remember for the club by annexing the Eastern Province titles.

In addition, both teams won the Knockout competitions which were played from mid-year onwards.

The men continued their dominance of the league by taking their fifth trophy in a row, with their fitness playing a key part in a successful season.

This was the view of Madibaz Sport hockey manager and men’s coach Cheslyn Gie, who added that the local competition continued to play an important part in their annual calendar.

“I believe our superior fitness and conditioning made a big difference when we faced the other clubs,” he said.

“We were often able to finish as the stronger team in the fourth quarter and that was obviously a big advantage.”

Losing only one league match during the season, the Nelson Mandela University team drew two other games and won a total of 11 fixtures. They finished on 57 points, well ahead of the 46 points of second-placed Gelvan Hurricanes.

While their main focus each year is on the University Sport South Africa tournament, Gie said the league was also a significant challenge.

“It shows that our hockey is currently in a healthy state and our aim going forward is to continue this momentum.

“The spin-off of doing well in the leagues is that we are able to attract some top hockey players from schools, which is essential to keep growing the sport at the varsity.”

He added that there would be a strong sense of continuity going into 2020 as they would probably only lose about four players who had completed their studies.

With teamwork being a strong ethos in their planning, Gie said several players stood out during the season.

“Jared de Kock has come on in leaps and bounds and played in the Premier Hockey League for the Addo Elephants, while Ignatius Malgraff was outstanding as usual and has just been included in the SA men’s Olympic squad.

“In addition, goalkeeper Eddie Ramohahle, who is in his first year, had a solid season.”

Madibaz women’s coach Andrew Beynon said the double triumph this year was reward for some hard work following a tough start to their programme.

“With 12 first-years in the squad we always knew Varsity Hockey [in May] was going to be a major challenge,” he said.

“But we had a strong finish to USSA [the University Sport South Africa week] last year and realised that it was a case of building for the future.

“So for us to go through the league season unbeaten with a good, but young, squad was a big positive for us. I feel it’s something we can build on and try to add more quality next year.”

He acknowledged the tough competition they received from teams such as Gelvan Tornados and Uitenhage.

“Those were always hard games and a lot of credit must go to those clubs.

“So it was really competitive and to do the double was very special for this group and strong motivation to continue to work hard going forward.”

He recognised the contribution of skipper Hannah Knott-Craig.

“She was immense for us throughout the year, helping to gel the senior players with the young members in the squad.

“It was also fitting to give former captain Lauren Nina, who has played such a big role in Madibaz hockey, a special send-off in her final year.”