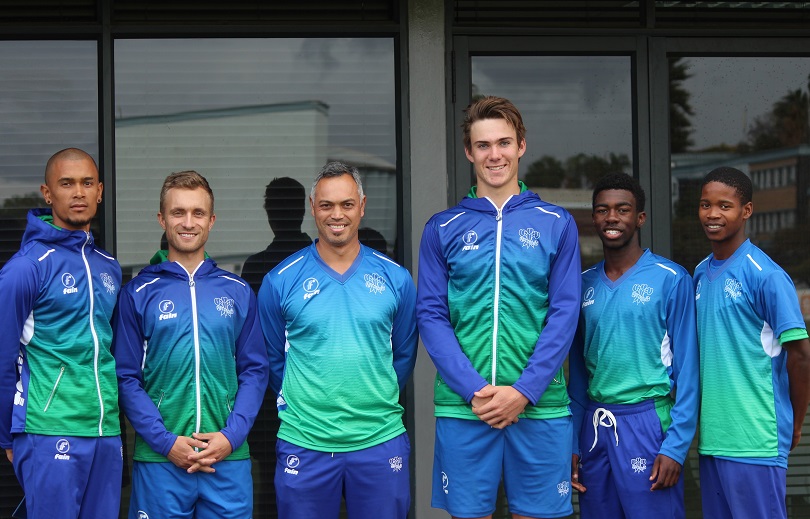 The SWD provincial team will kick-off their campaign for the 2019/20 season in the Cricket South Africa Provincial competition this weekend when they will take on KwaZulu Natal at Kingsmead in Durban in a Three-Day match as from Thursday.  The limited over match will take place on Sunday.

Coach, Baakier Abrahams, will be in his third season with the SWD team and he will aspire to continue with the upward curve in his teams’ performance after a steady performance last season.  SWD was extremely successful in the limited over version but they will be without the top runs’ scorer, Obus Pienaar and bowling hero, Marcello Piedt.  Both Pienaar (Knights) and Piedt (Titans) elevated their careers with franchise contracts.

SWD will also be without their captain, Jean du Plessis as well as the exciting youngster, Mesuli Vuba, who both are unavailable for this weekend due to exam commitments.  Kirwin Christoffels will captain the three-day team whilst Neil Hornbuckle will be in charge for the limited over match.

New signings, Richardt Frenz – a middle-order batter from the North West Dragons and Renaldo Meyer – an Oudtshoorn born pace bowler from Western Province – will make their debuts for SWD.  Three schoolboys will also form part of the touring party to Durban.  Heath Richards, Jhedli van Briesies and Tyrese Karelse are still at school and will certainly be tested at a higher level, but the coach has given them a vote of confidence.

Herschell America and Tyrese Karelse will be added for the limited over squad in place of van Briesies and de Villiers.

SWD’s fixtures for the season are: