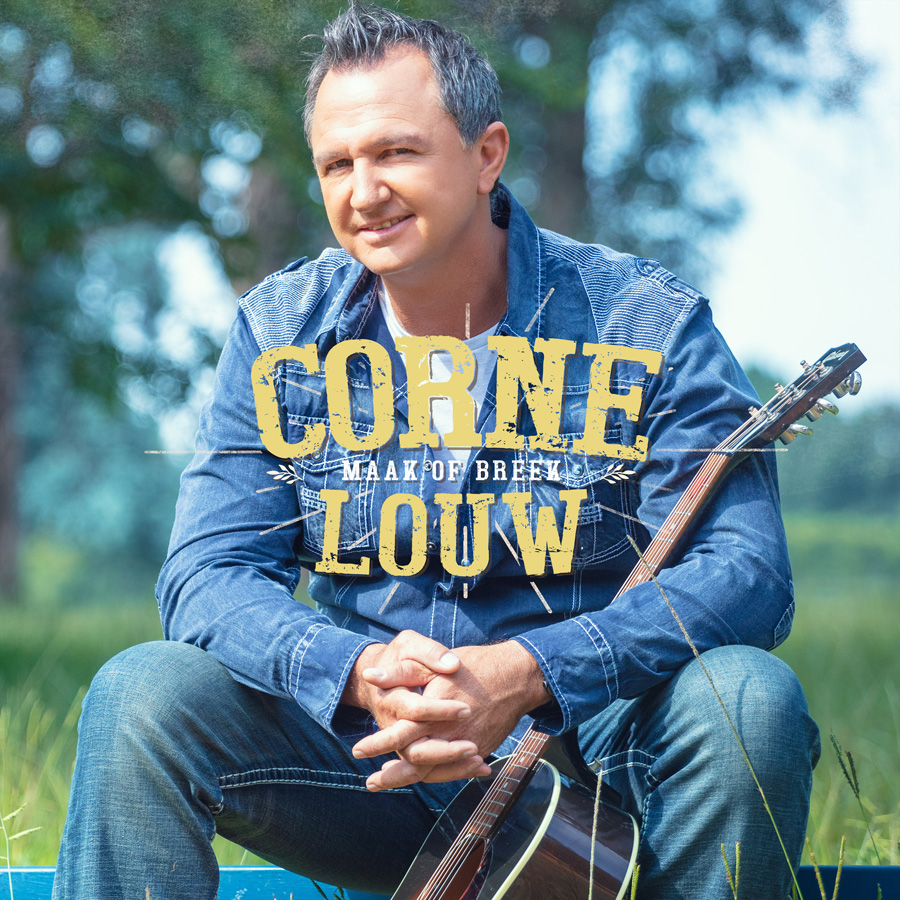 Corne Louw is not someone who enjoys ordinary music.

His debut single and the titular track of his debut album, DATE NIGHT, proved this fact and it was a good indication of what was to be expected of this unique artist with his soothing storyteller’s voice.  It was at the No.1 position of various hit parades of radio stations around the country.

DATE NIGHT is a fresh modern Country-Pop track that is easy to listen to and invites you to sing and dance along to its catchy tune. The song, written by Corne, Hugo Ludik and Vaughan Gardiner, appeals to anyone who is in a relationship in this busy day and age. “At the beginning of a relationship, a lot of promises are made. When life and responsibilities kick in, it is easy to neglect one another,” reveals the talented songwriter and musician about the inspiration behind his first Afrikaans release. “The song is very personal, because my wife and I had a similar experience after our twins were born and we did not have time for the things that we used to do together. But we won’t trade our little miracles for anything in the world.”

The music video, which was filmed at Fathom Media/ KeyArt Services’s studio and at an equestrian venue in Honeydew by Jay Loots and the Fathom Media/ KeyArt team, shares the message that couples should always make time to make each other feel special. “In the video I realise that we are in desperate need a of a date night. As I am busy writing the song, I envision what the perfect date would be like with my wife,” Corne reveals.

DATE NIGHT is also the title of his debut album which is now being released and he chose it as the title because it is such a familiar concept. The album boasts thirteen upbeat tracks that are easy to listen to and were created in the modern Country Pop style that he is famous for.  According to the artist, the album was inspired by his wife and kids and he wanted to write about everyday events and tell a story: “I know that people enjoy light-hearted dance tracks and that is fine, but it is not who I am. I wanted to release something meaningful and inspiring.” Although most of the songs feature an upbeat tune, each track is loaded with emotion because it shares something from the singer’s own life. “I hope that anyone who listens to the album would be able to relate to the lyrics and that it will give them hope for the future,” he says.

The second single titled, MAAK OF BREEK has also just been released to radio nationwide and will surely follow in the footsteps of DATE NIGHT.  The song was written by Hugo Ludik and Corne and it is about the first time you meet that person that knocks you off your feet, but you are too shy to make the first move.  A video is also on the cards.

Corne lives in Langebaan in the Western Cape and has mastered the art of captivating audiences with his versatility and charming stage presence. He comes from a musical family, believes that he was born to perform and still plays guitar with his dad sometimes.

American Country music played a big part in his childhood years, which ignited his love and passion for this genre. Although this self-taught guitar player was part of the Supernovas, het only launched his solo career in 2004, after starting a business with his father.

Since then, he has performed at various festivals like the KKNK and Robertson’s Wacky Wine Festival, venues such as Route 66 and Ocean Basket and functions. He is looking forward to going on tour with the new album and sharing his music with new crowds.

Because he thinks music is the best way to let people know how he feels, he likes to write about life in general and hopes that it can mean something to somebody, somewhere. When asked about the music he listens to, he admits that he prefers something with a nice melody and meaningful lyrics. He, of course, loves American Country music the most and credits it as having the biggest influence on his own musical style. He lists overseas talent such as George Jones, Randy Travis, Travis Trit and Johnny Cash as some of his favourites and reveals that Karen Zoid and Riana Nel are his biggest local role models and that he would love to work with them one day.

When he is not writing songs, or performing, he also enjoys collecting guitars and admits that he would have loved to be an architect or engineer if music did not work out for him. “I absolutely adore guitars, even if I am not the best guitarist, and have an impressive collection of Gibsons and Fenders,” he shares with a twinkle in his eye.

Corne Louw believes, like George Jones, that music should be honest and that artists must remain true to themselves to really have an impact. The modern approach and inspiring interpretation of DATE NIGHT and his unique voice are the perfect companions for an end product that is not only going to introduce a new genre into Afrikaans music, but will also win over the hearts of music lovers of all ages.

The physical album can now be ordered at www.cornelouw.co.za and will be released on all digital platforms on 30 October 2019.

MAAK OF BREEK is already available on the link below if you pre-order the album now: https://music.apple.com/za/album/date-night/1476897480