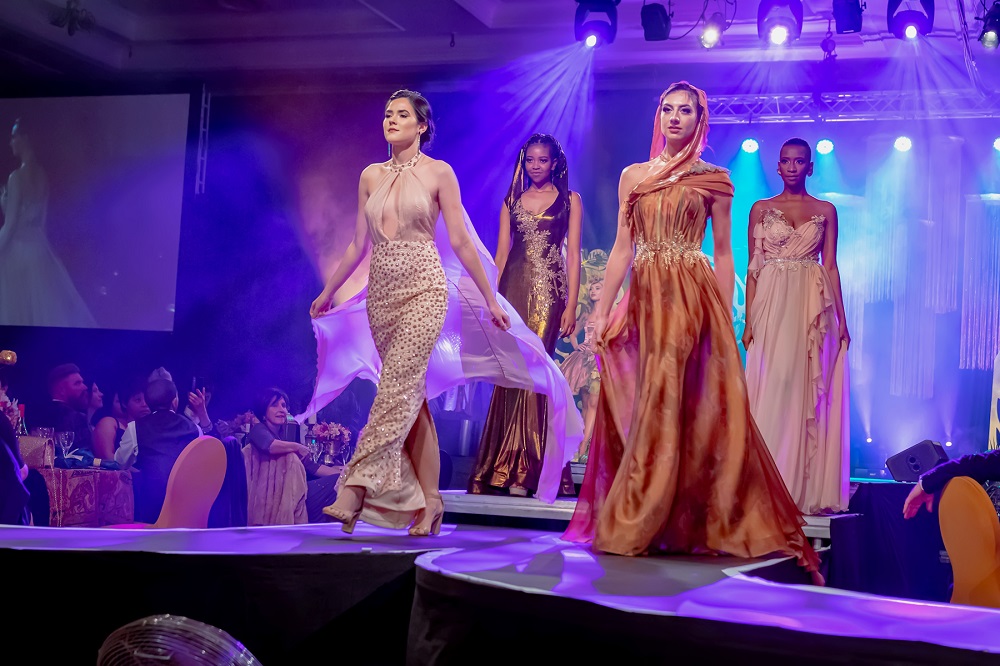 The important work done by the Igazi Foundation was highlighted when designer Jason Kieck unveiled the Desert Nights Fashion Extravaganza, sponsored by SPAR Eastern Cape, in Port Elizabeth at the weekend.

The charity gala, which includes the Igazi Foundation among its beneficiaries, took place at the Boardwalk on Saturday, with Kieck unveiling a collection of 40 designer garments.

Outlining the theme, the designer said the desert was a seemingly harsh, desolate void with not much to offer besides vast, hot, lifeless landscapes.

“But within that void is beauty and hope and even respite from the harshness that is so apparent,” he said.

“This is directly related to the life of a cancer patient and the work that the people of foundations like Igazi do to help those fighting cancer, offering hope, beauty and respite from the harshness of life to those with this disease.”

The Igazi Foundation is an Eastern Cape non-governmental organisation (NGO) aimed at combating blood diseases by improving haematological services in a wide range of areas.

Kieck said the gala was again a huge success thanks to the support they received from the public, corporates and sponsors.

“We were overwhelmed at the generosity of those who attended,” he said.

“Definitely, the ongoing partnership with our sponsors is testimony to the growth, as they believe in the success and the level of excellence of the events.

“Collaboration and heart are two words that we find are key aspects of our events, especially this year. With our corporate focus being just that, we find people connect to visions and projects where these two elements are evident.

“So, from sponsors to corporates and individuals participating in the event, we managed to raise nearly R400 000.

“But apart from the financial reward for the foundation there is the personal reward of the amazing response from corporates and guests alike.”

Kieck felt the show brought out the positive side of the fashion industry in Nelson Mandela Bay.

“It is not only about the talent that is evident here by the key role-players in our shows and their level of professionalism.

“But the awareness created has played a major role in the foundation being asked to be part of a presidential task team within the medical and cancer treatment sector,” he said.

“And once again Jason Kieck’s designs were magnificent with the Desert Nights theme providing a mystical and special atmosphere to the occasion,” he said.

“SPAR’s involvement originated out of the link with the Igazi Foundation and wanting to assist in the battle against cancer and to support those who suffer and their families.

“The foundation’s educational drive into the rural areas to assist in early detection and diagnosis is also important.”

He felt the show played an important part in demonstrating what Nelson Mandela Bay could deliver.

“It is essential for our community to have a show which stands up and can be compared favourably with anything that is done in South Africa,” said Stapleton.

CAPTION: Models display some of the designer garments on show at the SPAR Eastern Cape Fashion Extravaganza, presented by Jason Kieck, at the Boardwalk in Port Elizabeth this weekend. Photo: Leon Hugo

6 Pests Common to South Africa and How to Avoid Them