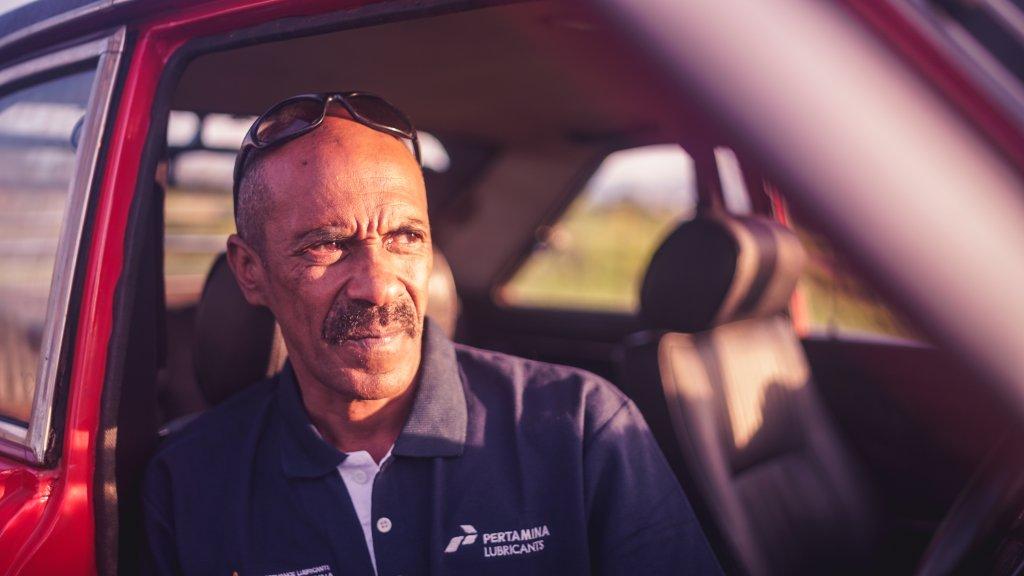 Brian Joss – Over the course of its almost 90-year history, Datsun has produced some of the most sought-after classic whips and amassed an almost cult-like following in the process.

The brand has become an icon of motoring history for petrol heads all over the world, like Paarl’s Warren Adams – a self-confessed superfan.

So devoted is Adams – who says he has petrol in his veins – that two-and-a-half years ago had the Datsun logo tattooed on his arm.

“It was a lifelong dream of mine,” he says, “Below is my late father’s date of birth. He inspired in me a passion for cars”.

Adams’ father was an axeman and as a child, he would have Adams stand against the dashboard of his pickup and recite the names of the different cars passing by.

When it came time for Adams to choose his first car, he didn’t hesitate to select a Datsun. Adams and his brother had both learnt to drive in one and he was by that time already enamoured with the brand.

“One day, on our way home from school, an orange car stopped next to us and to our surprise, we saw my father behind the wheel. He told us he had swapped my Datsun for this car,” he recalls, “I was furious, and he was forced to go back to the guy he had made the swap with and get my Datsun back. I never gave up on that car and I learned a lot from her. Today, I’m reaping the fruits of that”.

Asked what most appeals to him about Datsun, Adams cites its history and reliability and the cost and availability of parts.

He has been buying and selling popular Datsun and Nissan models – such as the 140Z and 160Z and Skylines – since he started working.

“The owner was based in Grabouw and storing the car in a shed in Paarl. It was by pure luck that I spotted her standing there. I contacted the owner to get the ball rolling and eventually bought her,” he says.

But there’s one car that continues to elude him – the 240Z coupé.

“It’s my dream car, I’m desperate to get my hands on one,” Adams says.