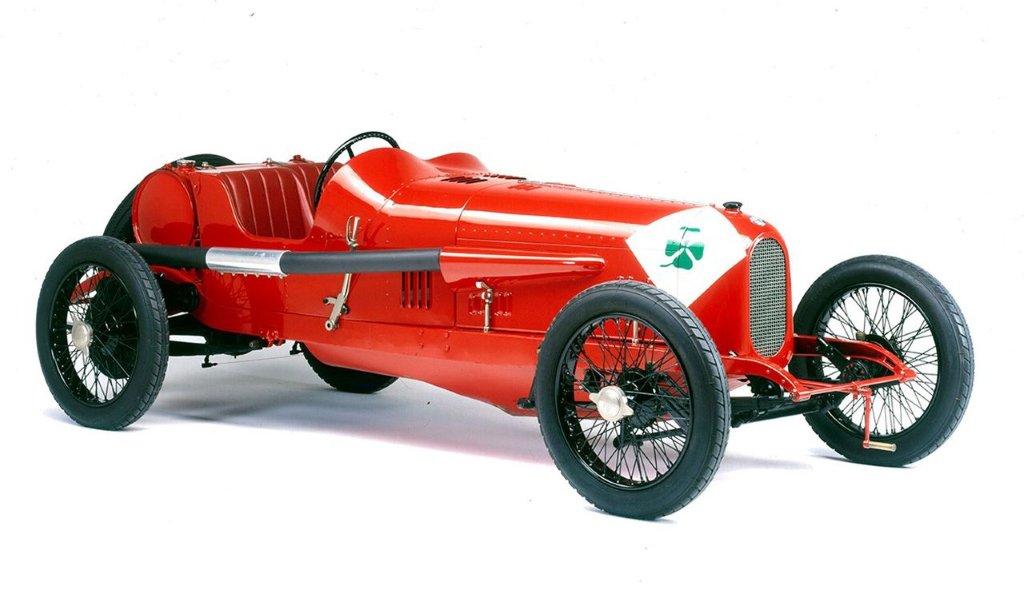 Brian Joss – Boasting a unique sporting heritage around the world, the Alfa Romeo brand will be tackling the traditional Zoute Grand Prix once again, from October 10 to October 13, with a model which has marked its history.

The car is a 1923 Alfa Romeo RL Super Sport “Targa Florio”, on loan from the Museo Storico Alfa Romeo and will be on display The Alfa Romeo RL range made its debut in 1921 and consistently managed to combine brilliant driving performance with a competitive spirit. . The model was equipped with a six-cylinder in-line 3-litre engine. Introduced in 1922, the RL “Sport” was produced alongside the RL “Normale”.

The 2916 cm3 six-cylinder engine of the Normale version delivered 56 hp, whereas the Sport version, with its distinctive dihedral-shaped radiator, had a slightly larger displacement of 2994 cm3 due to a bore of 76 instead of 75 mm (with the stroke unchanged at 110 mm) and a slightly higher compression ratio (5.5:1 instead of 5.2:1), boosting power output to 71 hp.

Thanks to its shortened wheelbase and low weight, the Sport reached a top speed of 130 km/h, compared with 110 km/h for the Normale.

When the 6th and 7th series were introduced in 1925, the Sport was replaced by the Super Sport, with an engine that delivered 83 hp. The six-cylinder in-line 3-litre engine consisted of a cast-iron monobloc and cylinder head, a gear-driven side camshaft, two valves per cylinder, two carburettors and an ignition with a high-voltage magnet. The Super Sport also featured brakes with larger drums (420 mm in diameter), a four-speed gearbox plus reverse gear with central lever control and, just like its predecessor, achieved a top speed of 130 km/h.

The stage on which the Alfa Romeo RL achieved its greatest triumphs was the Targa Florio, where it secured a one-two finish in 1923 (in the two-seater spider configuration). The winner was Ugo Sivocci and a third RL came in fourth position. Sivocci’s car was the first painted with a green cloverleaf on a white background, which would later become the hallmark of Alfa Romeo competition cars and sportier production models. Numerous racing drivers have won with the RL: from Giulio Masetti to Antonio Ascari, from Giuseppe Campari to the young Enzo Ferrari.

The 1923 edition of the Targa Florio served up a barnstorming finale. Alfa Romeo had a line-up of five RLs, driven by Antonio Ascari (the father of future F1 world champion, Alberto), Giuseppe Campari, Giulio Masetti, Enzo Ferrari and Ugo Sivocci. On the fourth and last lap of the Madonie circuit, Ascari emerged first position from the hills, but at the Cerda Station corner, around 200 m from the finish line, his car stopped sharply due to a technical malfunction. With the help of the mechanics, who enthusiastically climbed into the car, Ascari succeeded in passing the finish line first, but the commissioners asked him to turn back and finish the race without anyone on board. Sivocci, in second place, sprang into action and won the first of ten victories for Alfa Romeo at the Targa Florio, as well as the first international victory for the Milanese constructor.

In the first edition of the Mille Miglia in 1927, Alfa Romeo fielded five RL Super Sports, including two in the official team, driven by Brilli Peri-Pesenti and Marinoni-Ramponi, and three with private crews.  All of the RL SS cars performed very well and Gastone Brilli Peri reached Rome in the lead but was forced to retire in Spoleto. As a result, the best finish achieved by the new Alfa Romeo RL Super Sport was seventh place overall for Mercanti (competing under the pseudonym of “Frate Ignoto” or Unknown Monk) partnered by Carlo Sozzi, who also came third in their class.  The other private pairing of Gutermann-Munaron finished ninth out of the 77 crews who started the race in Brescia.

Opened on 24 June 2015, during the world preview of the new Alfa Romeo Giulia, the Macchina del tempo – Museo Storico Alfa Romeo – welcomes visitors from 10 a.m. to 6 p.m. every day. There is also more information available on the website www.museoalfaromeo.com. The museum is home to the most significant pieces in Alfa Romeo’s historic collection and it is the heart of a genuine “brand centre”, with a bookshop, café, Documentation Centre, test drive track, events venues and a show-room with a customer delivery area, in a perfect bond between past, present and future. It was inaugurated in 1976 and was open to visitors by reservation only. Following the decommissioning of the Arese production plant and the ensuing loss of the Centre’s directional role, the museum was closed in 2011. As part of Alfa Romeo’s global relaunch plan, the Museum in Arese – symbolic location for the company’s history – has been identified as the fulcrum of the brand’s rebirth.

At the end of 2013, the architect Benedetto Camerana was asked to propose a new project which would integrate the objectives of the rebirth while preserving the existing construction. The project began in the summer of 2014 and, in less than 12 months, an important restoration project affecting the entire building was carried out by FCA Partecipazioni.

The building is characterized by a red cantilever roof covering the entire extension of the facility and tracing the itinerary from the parking lot to the Museum: a red ribbon leading all the way up to the beginning of the museum itinerary, which opens with the new shape of the escalator.

This last architectural addition, which can clearly be seen from the motorway owing to its bright “Alfa red” hue, is the symbol of the Museum’s rebirth: a modern feature, set within a 1970s architectural context, which provides the necessary link between past and present.

The exhibition includes ther models which have not only contributed the most to the development of the brand, but to that of the car in general. From the first car of all, the A.L.FA., the 24 HP, to the legendary winning models of the Mille Miglia such as the 6C 1750 Gran Sport driven by Tazio Nuvolari, the 8C Touring and the Formula 1 Gran Premio 159 ‘Alfetta 159’ driven by Juan Manuel Fangio; from the Giulietta, iconic model of the 1950s, to the 33 TT 12.

The very essence of the brand has been condensed into three leading lines:

Timeline, which represents industrial continuity; Bellezza, which involves style and design; Speed, which is a summary of technology. Each topic is displayed on a specific floor in the museum.

Regarding FCA Heritage: this department, created in 2015, has developed an entire set of services aimed at collectors and fans of Italian brand cars in the group. The site dedicated to the group’s heritage, www.fcaheritage.com, is available in several languages. An online display of the FCA Heritage department and meeting point for all those interested in the history, events and initiatives dedicated to classic models of Italian brands in the FCA group, the site allows fans or owners of classic Fiat, Abarth, Lancia and Alfa Romeo cars to discover the available services, subscribe to a dedicated newsletter and submit a request for a certificate of origin online. Owners of classic cars of the four Italian brands can also make use of the restoration services and certification of authenticity offered by FCA Heritage.