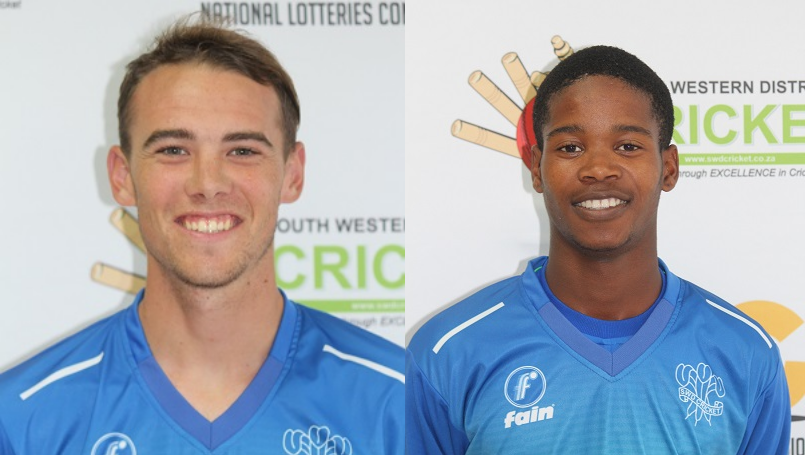 In one of the most disappointing batting performances in many years, the SWD top order did not produce the goods as SWD failed the chase down a modest target of 167 runs in their Cricket SA Three Day clash against KwaZulu Natal at Kingsmead in Durban.

SWD was dismissed for only 108 and lost their season opener by 58 runs.

In their first innings, the home side after winning the toss were dismissed for 259 with Michael Erlank (108) and skipper Calvin Savage (49) the top runs scorers.  Renaldo Meyer (3/54) and Bradley de Villiers (top left) (2/28) were the pick of the bowlers.  In their first innings SWD (272 all out) gained a lead of 13 runs with the 18-year-old scholar, Tyrece Karelse (52) (top right) the top runs scorer.  Kerwin Christoffels (46), Neil Hornbuckle (46) and Meyer (38) made valuable contributions with the bat.

The home team was dismissed for 179 runs in their second innings after Stefan Tait (3/51), de Villiers (3/30) and Tsepo Ndwandwa (3/24) all bagged three wickets. The SWD batsmen never got going and were bowled out for only 108 and missing out on a great opportunity to record their first victory in a first-class match in Durban since the 2007/08 season.