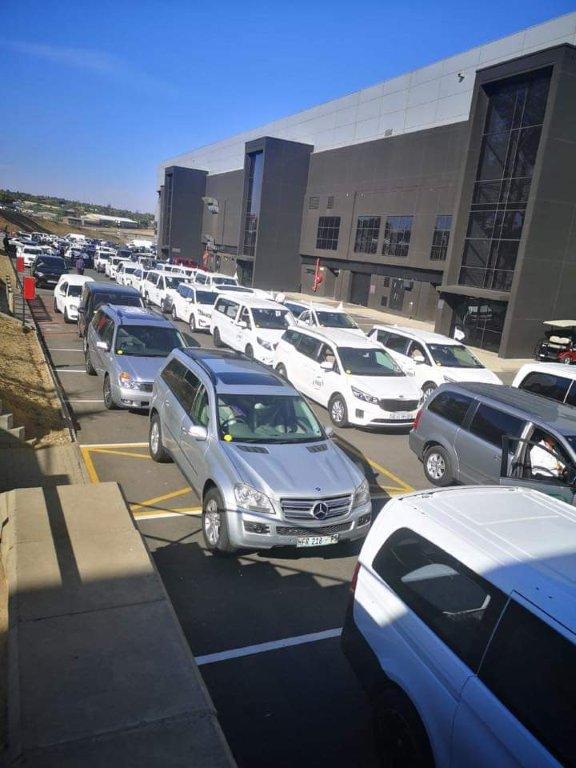 Brian Joss – Funeralcar.co.za is the driving force behind a new world record.  In 2012 a record was set in the Netherlands when 107 hearses were present in one procession.

The record is yet to be verified by Guinness World Records but once it is, Funeralcars.co.za will have successfully broken this record following their event that saw 110 cars in one procession.

Various criteria must be met, including validation by a specialist witness that the vehicles were in service as hearses, for the record to become official. The parade also needs to cover a minimum of 3.2km together. Once all the evidence is submitted to Guinness, the final decision is made.

MasterDrive was present for the creation of another World Record. The managing director of MasterDrive, Eugene Herbert, says: “MasterDrive had the opportunity to lead the procession and assist with marshalling duties. It was quite something to see a collection of so many different vehicles used in the funeral industry. The setting of this record is also the second record in which we have been involved.

“The team was also there to ensure the safe but enjoyable execution of the other activities. The event included a ‘track day’ which was a first-of-its-kind event. MasterDrive instructors assisted with the track experience that guests were lining up to enjoy. They were also responsible for the 4X4 course and skidpan activities. One instructor even demonstrated what happens to a truck on the skidpan,” says Herbert.

The attempt to set a new world record was an amazing opportunity to connect the industry and show a bit of appreciation for their efforts.

“The funeral expo in Johannesburg was also a great chance for the various vehicle manufacturers to connect with the owners and managers of funeral homes. We have been working to bridge the gap that traditionally existed between the two. An expo of this magnitude was another step in the right direction. Once the record is verified, all that remains is to make sure that the world record remains ours,” says Rachel Stead,  CEO of Funeralcar.co.za.  “Funeral homes and the drivers of the vehicles, play an essential role in the lives of many people. The attempt to set a new world record was an amazing effort,” she says.

FuneralCar is an online search portal that caters to the specific motoring needs of the funeral industry. It provides a platform for the advertising of suitable vehicles for first call, hearses, family cars, MPV’s and conversions, as well as assistance with the procurement of quotes, rentals and fleet management, amongst other services.