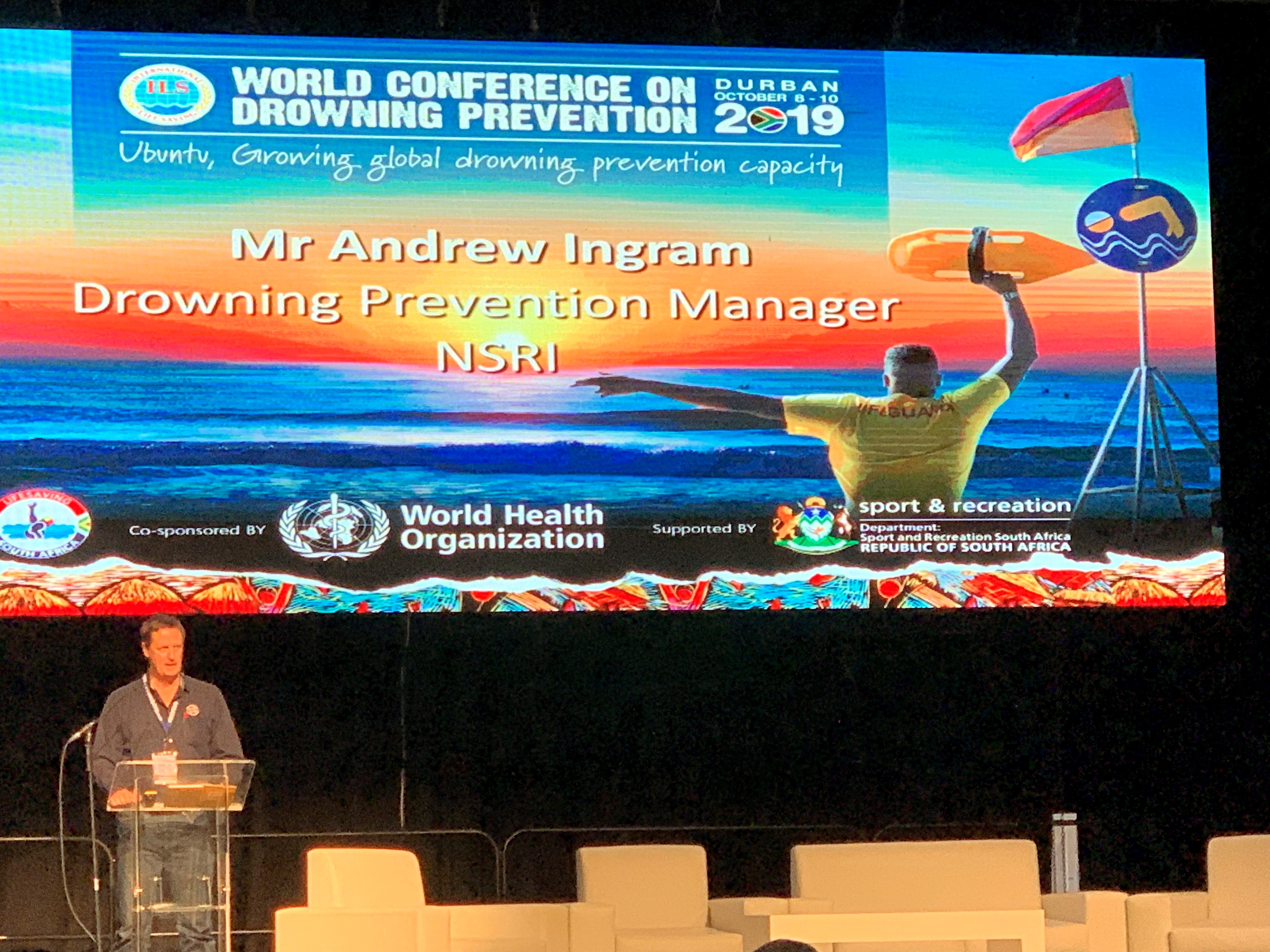 NSRI’s Drowning Prevention manager Andrew Ingram addressed delegates from around the world explaining where the idea originated from, how it has been funded and implemented and that to date the Pink Rescue Buoys have been used to save the lives of 46 people who were in grave danger of drowning.

“There is a strong focus from the international lifesaving community on bystander rescue equipment and it was a pleasure to be able to share our success with this project with them,” said Ingram.

“We launched the Pink Buoy project in November 2017 following the WCDP in Vancouver after seeing that in a similar initiative Hawaii reported 150 successful bystander rescues with no harm to the untrained rescuer being reported in any of these rescues.”

“Later we heard about a similar initiative in Ireland that was started in 1971 and has also had phenomenal success in getting emergency flotation to a drowning victim while emergency services are responding.”

“An observation from similar projects that are happening around the globe is that untrained people are going to the aid of someone who is in danger of drowning despite being advised not to. Our Pink Rescue Buoys use simple graphics to explain that it is better to throw the float to someone and call for help. But if someone does go into the water despite the danger, they have a much better chance of survival if they take flotation with them,” said Ingram.

“Sea Rescue has the support of many municipalities to put this emergency flotation in drowning hot spots. Each Pink Rescue Buoy costs R1500 and is privately sponsored which means that there is no cost to the municipalities,” said Ingram.

We currently have 463 Pink Buoys at drowning hot spots around the country. With generous support from individuals and companies we hope to expand the placement of the Pink Rescue Buoys into many more municipalities that would like to partner with us to save lives,” said Ingram.