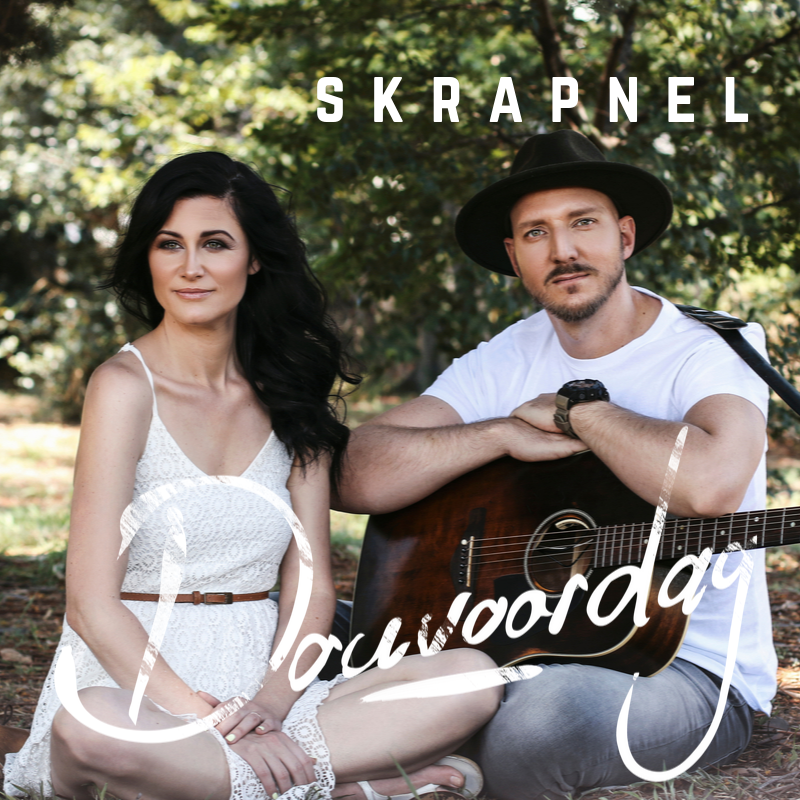 On the eve of the Aitsa Afrikaans Music Awards, the popular duo – who was nominated in the Newcomer of the Year and Contemporary Album of the Year categories themselves, Douvoordag (Jattie & Ilse de Beer) is already in the spotlight with the release of their highly anticipated new single.

SKRAPNEL is a striking contemporary song that speaks directly to the heart and encourages you to think about life and faith. “Sometimes the adventure of life feels like war. The shrapnel of unbelief, unforgiveness, bitterness and blame then remains within us,” explains the musician couple. “All we can do is to kneel, surrender, and let go. Only then, as time progresses, can the arid desert inside us become a colourful garden.”

The single is part of their debut album, Die Avontuur, which secured the couple six Ghoema nominations including Newcomer of the Year, Best Album by a Group / Duo and Best Alternative Album in 2019. The album was also nominated for a SAMA award for Best Contemporary Album. It was released in October 2018, topped the iTunes charts for a while and has already delivered several successful songs and music videos, including the title track, Manifes, Desembers, and Uitsig.

Ilse and Jattie have been making music together since 2008. Both of them come from musical families and have been singing since school. They originally performed under an English name at weddings and corporate functions, but changed it to Douvoordag when they started creating original Afrikaans music. Since then, they not only got married and became parents, but also performed at some of the country’s biggest festivals, such as the In Afrikaans Hartenbos concert series that takes place during December.

SKRAPNEL is an inspirational song of hope at a very difficult time in our country. It builds on the positive trend that Douvoordag is known for and promises to remain an audience favourite for many years to come.

The song is available on various online platforms and can be found here: https://INHOUDHUIS.lnk.to/DvD