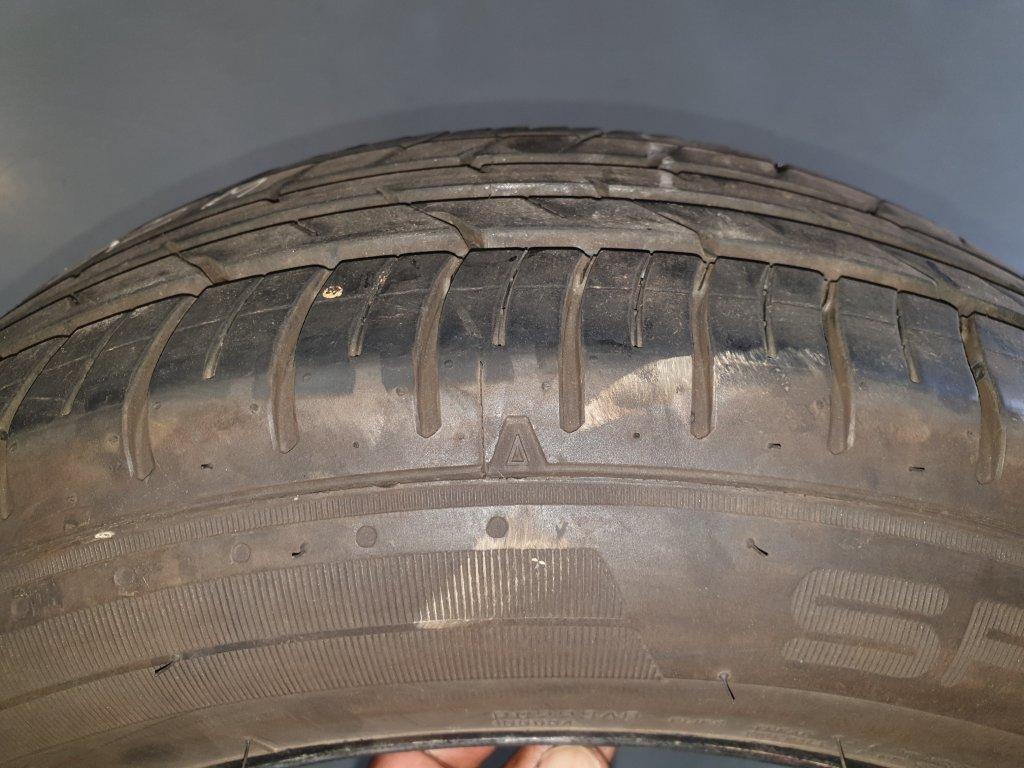 Brian Joss – A recent report conducted by a major tyre manufacturer, revealed that more than 60% per cent of second-hand tyres sold in South Africa are illegal.*

“This is a staggering statistic,” says chairp of the South African Tyre Manufacturing Conference (SATMC), Darren Hayes-Powell. “One that has fatal consequences for road users, especially when you consider that the only part of the car touching the road is a piece of tyre tread the size of your hand **. This Transport Month, October 2019, we are urging drivers to only purchase tyres, new or second-hand, from reputable dealerships, ” he says.

Hayes-Powell says that the choice between the a waste-tyre and a safe-to-use tyre could be a matter of life and death. “The consequences of fitting second-hand waste tyres can be dire. They reduce the performance of a vehicle by increasing stopping distances, raising the risk of skidding and increasing the risk of blow-outs.”

“More concerning is the fact that we have even seen tyres that have been damaged beyond repair for safe service on the road but have been superglued so that the repair is not visible anymore. This will certainly be cause for a blow out on the road and potentially an accident,” says Hayes-Powell.

Fitting second-hand waste tyres can also have an imp

“While the onus of labelling and destroying of second-hand waste tyres lies with retail tyre fitment centers, the catastrophic effects lie with drivers. If you have any doubt about the quality of a used-tyre, do not purchase it. It could save lives,” Hayes-Powell concludes.

According to Riaz Haffejee, CEO of Sumitomo Rubber South Africa (Sumitomo Dunlop), South Africa has seen a notable increase of sub-standard second-hand tyres with 61% of illegal second hand tyres being sold into the market and the proliferation of these tyres can have fatal consequences to road users.

The South African Tyre Manufacturers Conference (SATMC) is commemorating Transport Month this October, by using its voice to advocate against the sale of unsafe, ill-suited and illicit second hand tyres to unsuspecting customers looking for quick savings on replacement tyres.

“In support of SATMC’s concerns, we believe that education on the safety risks and consequences of buying second hand waste tyres, sold into the market, is critical to consumer safety. More importantly, the onus lies with retail tyre fitment dealers to ensure that second hand waste tyres are mutilated and destroyed and that once these have been assigned for waste pick up, they do not resurface in the market. In addition, should consumers be considering purchasing second hand tyres, they must only do so from reputable retail outlets and not from the side of the road,” says Haffejee