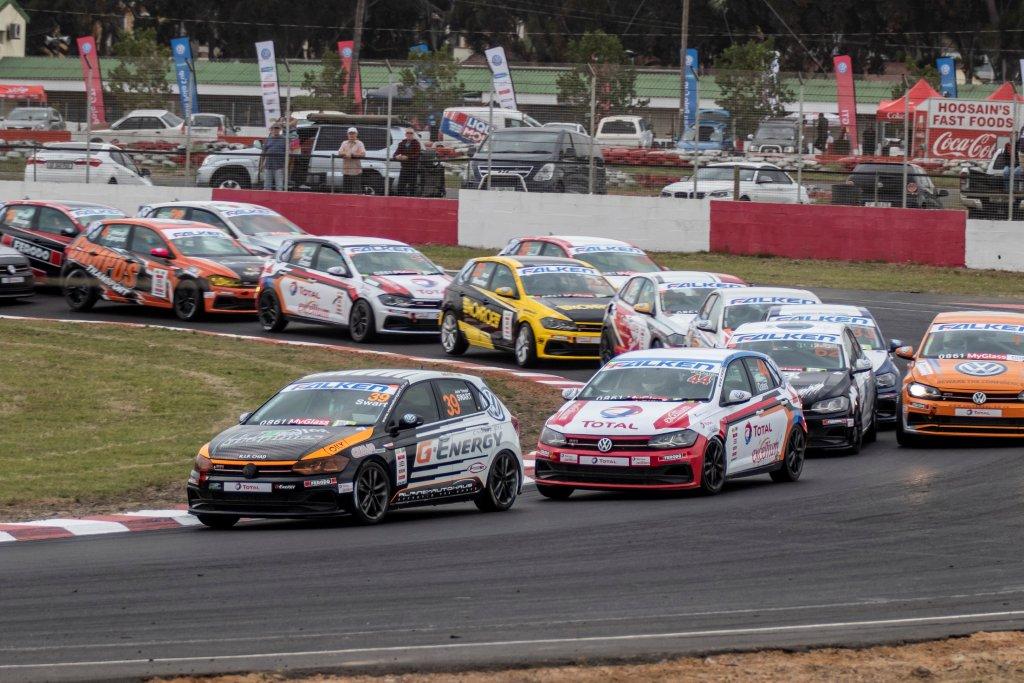 Brian Joss – If there’s one thing that motorsport fans will have learned from Round 7 of the Falken Polo Cup at Killarney Raceway in Cape Town, it’s that this highly successful one-make series is as unpredictable and exciting as they come.

Aside from the season-long tussle between reigning champion Jeffrey Kruger and rising star Bradley Liebenberg, it promises some of the closest and most intense on-track battles you’ll find on the national calendar – and we can expect more of the same at the season finale at Red Star Raceway on 25 and 26 October.

Kruger and Liebenberg have certainly been in a class of their own this year, with the current Falken Polo Cup champion and his young title rival sharing all but three of the 17 race wins that have been up for grabs thus far, with one round remaining.

Liebenberg was brimming with confidence going into the Killarney race weekend leading the championship, and an impressive hat-trick of wins meant the 2019 trophy seemed to be within reach. However, a push-to-pass infringement on the opening lap of race three saw his victory subsequently nullified – thus handing Kruger a five-point lead for the season finale at Red Star Raceway.

While Kruger has clearly upped his game in the second half of the season, Liebenberg holds the psychological advantage of eight wins to Kruger’s six – with the final scores to be settled over two thrilling race heats at the challenging Red Star circuit.

The interest won’t just be at the sharp end of the field, though, with the fight for the final podium position for the 2019 championship featuring Jurie Swart, Chris Shorter, Matt Shorter and Keegan Campos. With 22 points separating the four drivers, each of them will be on maximum attack.

Clinton Bezuidenhout and Dario Busi are currently tied for seventh place, with Volkswagen Motorsport driver Jonathan Mogotsi hot on their heels in ninth. Jason Campos and Justin Oates, in 10th and 11th places respectively, have both been excluded from the final round due to on-track incidents in Cape Town.

“Falken Polo Cup continues to deliver exceptionally close and exciting racing, as it has done for the past 22 years,” says Mike Rowe, Head of Volkswagen Motorsport. “As a breeding ground for the motorsport stars of the future, it truly is unparalleled.”

“Jeffrey and Bradley have made the 2019 season virtually all their own with superb driving, and it will be fascinating to see who comes out on top when the final flag drops. The battle for third place will be very exciting, and spectators can look forward to some spectacular action from the Falken Polo Cup young guns,” Rowe states.