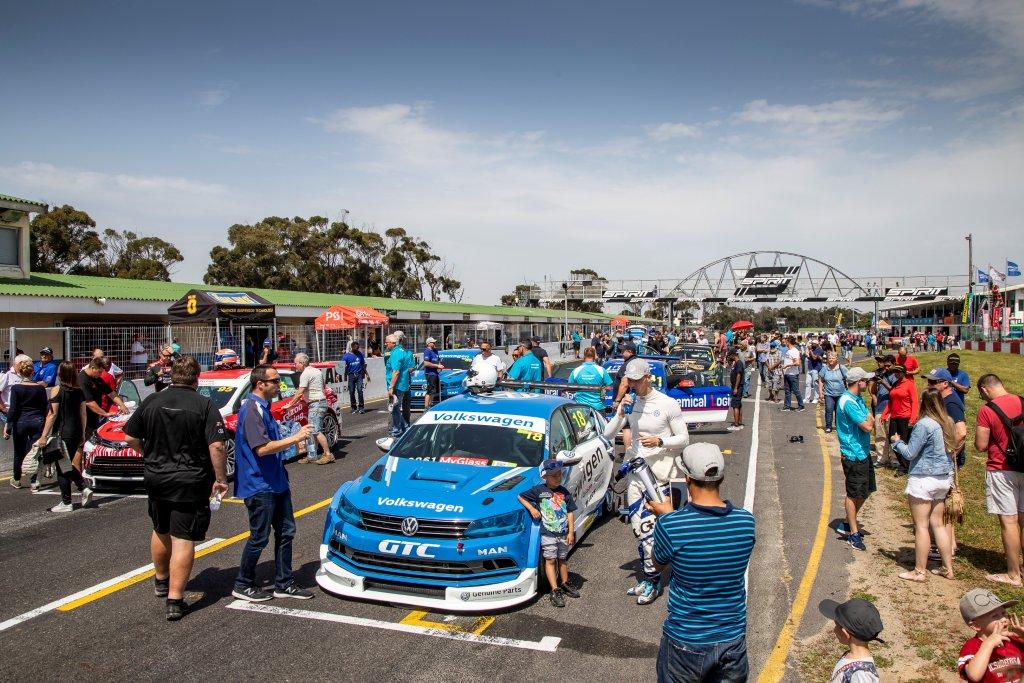 Brian Joss – The season finale of the 2019 Global Touring Car (GTC) championship could hardly have been scripted any better.

With five drivers in contention for the title going into the final round, including Volkswagen Motorsport’s Keagan Masters and Daniel Rowe, it’s all to play for when the series heads to the challenging Red Star Raceway in Delmas for the first time on 25 and 26 October.

The Volkswagen Motorsport team wrapped up the GTC2 Manufacturers title at the previous round of the Extreme Festival in Cape Town, and a key objective for the crew will be to make it a double by taking the GTC Manufacturers championship for the country’s premier circuit racing formula. Volkswagen holds a 46-point advantage over BMW in the current standings, with Audi 89 points adrift – so the team effectively has one hand on the trophy and will be more focused than ever on taking the silverware home.

While the bragging rights of the brand are at stake, fans will also be eagerly anticipating an almighty battle between some of South Africa’s best racing drivers as they go head-to-head for ultimate glory. Volkwagen Motorsport’s Keagan Masters leads the standings on 264 points after the Killarney race weekend in September, which reaffirms the talented 19-year-old driver’s stellar performance during his debut GTC season.

However, a slender two-point margin separates Masters from Simon Moss (Audi) and Michael van Rooyen (Toyota) who are tied for second place.

The top three will also come under extreme pressure from Johan Fourie (BMW) and Volkswagen Motorsport’s Daniel Rowe who are evenly matched on 247 points, and remain in contention for the overall victory. This sets the scene for spectacular action as the final championship rankings are decided in real time during the last two races of the year.

Adding to the challenge, this will be the first time the GTC series competes at Red Star Raceway. As a tight and technical circuit designed primarily for motorcycle racing, the complexity of the layout – with numerous sweeping corners flowing into each other – ensures that the drivers and race engineers will have their work cut out during Friday’s practice sessions to find the ideal set-up for Saturday’s qualifying session, as well as the two fast-paced races.

“It’s really tough at the top right now, as any one of five drivers can walk away with the championship at Red Star, and it’s going to be very interesting right to the end,” says Mike Rowe, Head of Volkswagen Motorsport.

“It will be a big learning curve for all of us. Johan Fourie will be strong at Red Star Raceway as this is the circuit he chose as his test track, where we test at Zwartkops like most of the teams, so he will be the guy to beat,” Mike Rowe adds. “However, we will prepare well for the last event and hopefully we can walk away with the championship.”

In GTC2, Volkswagen Motorsport has already claimed the Manufacturers crown, but it remains a two-way battle for the 2019 Drivers championship between current leader Bradley Liebenberg and second-placed Adrian Wood. A margin of 29 points separates the two Golf GTi drivers, with a maximum of 50 points up for grabs over the race weekend.

“We’re close to wrapping up both Manufacturers championships, and it will be fantastic for Volkswagen if we can end the season with both Drivers championship titles,” Rowe says. “It’s going to be an exciting weekend, and we’re going to be on the edges of our seats right to the end.”

CAPTION: At the pits: Fans gather round before the off. Picture: Quickpic