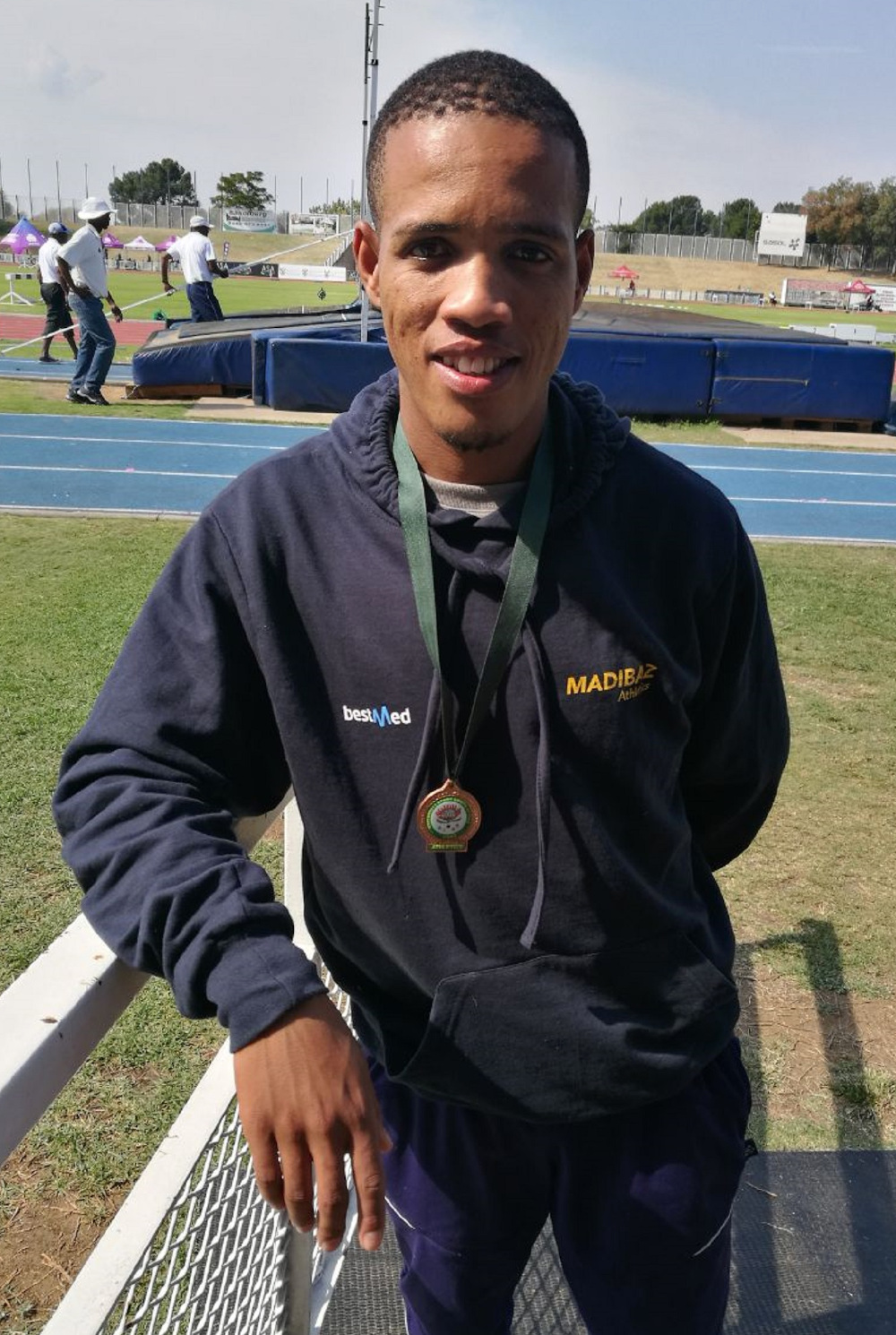 Joy at receiving recognition for the hard work he has put into his career is the underlying feeling for runner Mariano Eesou after he was named the Bestmed Madibaz male athlete of the year this month.

The award came following a season in which the 27-year-old long-distance ace showed his ability at the University Sport SA championships, taking the bronze medal in the 21.1km race and silver in the 10km cross-country event.

He was also one of Nelson Mandela University’s most successful athletes in a number of provincial and national road races this year.

As he eyes a move up to the marathon distance next year, the sport management student said he had been focused on improving his personal best times in 2019.

“Under coach Karen Zimmerman the aim was to build confidence for my marathon debut next year,” said Eesou, who grew up in Uitenhage but now lives in Summerstrand, Port Elizabeth.

“Being crowned the Madibaz male athlete of the year brings great pleasure and joy to me.

“It’s a reminder of how hard I have worked and a great reward for all the sweat and tears behind the scenes.

“Among the best memories this year was racing against world-class athletes in the South African and Southern Region 21.1km in Port Elizabeth.”

Reflecting on his life, Eesou said it was always his dream to become a top achiever in his chosen sport.

“It was always in the back of my mind, although if I look back on my early life and where I have got to now I probably didn’t think I would get this far.

“But, by the grace of God, it was made possible.”

He adds that a major turning point for him came when he was part of the silver medal-winning half-marathon team at the 2017 World Student Games.

“The moment we went on the podium I saw a picture in my mind’s eye of what I had gone through to achieve that,” he recalled.

“That gave me the motivation, courage and confidence to work harder to achieve my goals and objectives.”

As he switches his focus to the longer race next year, when he will also graduate, Eesou said there were a number of factors on which he would be concentrating.

“Going forward I want to make sure I stay focused and injury-free, as well as getting the work-rate up.”

He is grateful for the time he has spent at the university.

“Nelson Mandela University has truly helped me improve my communication and self-perception, as well as developing other aspects of my life such as my social and media personality, my attitude and involvement.

“I have a lot of gratitude for people such as [athletics manager] Nellis Bothma, [coaches] Karen Zimmerman and the late Perry Beningfield.

“In addition, my family always offered me encouragement when I thought of quitting and my friends have helped me to stay in the right lane.”