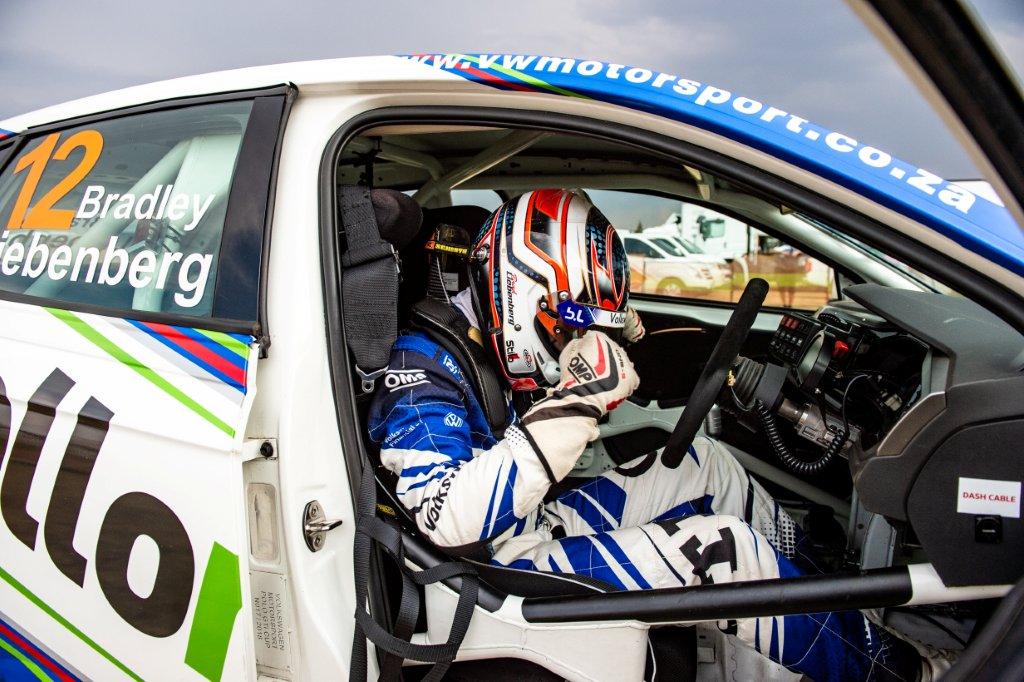 Brian Joss – Bradley Liebenberg wiped out a 4-point deficit to become the 2019 Falken Polo Cup champion. In the end, he beat the defending champion Jeffrey Kruger after a season-long battle that saw both drivers lead the way at various stages of the fight. In the process, the Falken Polo Cup lived up to its reputation as the country’s most successful and exciting racing formula.

The Red Star Raceway to the east of Delmas played host to the final Falken Polo Cup race after a season-long battle between defending champion Jeffrey Kruger and Bradley Liebenberg. Kruger had the upper hand in the first few rounds, but the momentum swung heavily in Liebenberg’s favour following a great run in the middle of the season. Kruger however fought back and after Liebenberg was penalised for mistakenly using a Push-to-Pass on the opening lap of a race in Cape Town during Round 7, Kruger was the one with a slender advantage going into the final round.

The advantage however was only 4 points which made the calculations easy.

Whoever beat the other one on the day would come out on top. The two title hopefuls proved once again that they were the ones to beat as their names topped the timesheets in every practice session leading up to Saturday morning’s qualifying. If anything, Liebenberg was slightly quicker than his rival. The youngster then managed to convert his pace into provisional pole position when he set the fastest time in the initial qualifying session. To add to the excitement of the Falken Polo Cup, the top six in qualifying each gets one flying lap to determine the final starting grid. This is when Liebenberg missed a gear and handed pole position back to his rival Kruger.

It was clear that both title rivals were in a class of their own as they managed to open a slight gap at the front of the field. It didn’t take Liebenberg long to squeeze his way past Kruger and into the lead which he managed to hold onto until the checkered flag was waved. Add the points that come with setting the fastest lap of the race and we had a tie at the top of the championship points table with just one race to go.

Starting positions for the final race was determined by a numbers draw and this time luck was not on Kruger’s side. The defending champion drew number five while rival Liebenberg would start the final race from third on the grid. Kruger’s only chance was to make a move early on and it nearly paid off in the first corner, but when the dust had settled, it was Liebenberg who managed to take the race lead while Kruger fought his way up into third position behind the Polo of Arnold Neveling. This is all that Liebenberg needed as he raced off to claim double victory on the day as well as the coveted Falken Polo Cup title.

“It was a perfect day,” said Liebenberg after the finish of Race 2. “We had an epic battle with Jeffrey all season long and to come out on top with two race victories on the day is the best possible way to finish it.”

Kruger was graceful in defeat. “We had a fantastic battle throughout the season and it all came down to the wire and the last race. We tried our best but Bradley was just to quick on the day.”

Behind the title fight, Arnold Neveling enjoyed his best day yet in the Falken Polo Cup with a third place overall, ahead of Keegan Campos and Clinton Bezuidenhout. Capetonian Dario Busi was classified sixth on the day ahead of the Shorter brothers Matt and Chris. Volkswagen Motorsport’s Jonathan Mogotsi finished the last day of a trying season in 12th.

“The Falken Polo Cup once again lived up to its reputation as the most exciting form of racing,” commented Mike Rowe, head of Volkswagen Motorsport. “It is extremely competitive with just tenths of seconds separating nearly 20 drivers. This makes it the championship that every driver wants to win most. Well done to Bradley for doing so and also to Jeffrey for taking the fight all the way to the end,” he concluded.