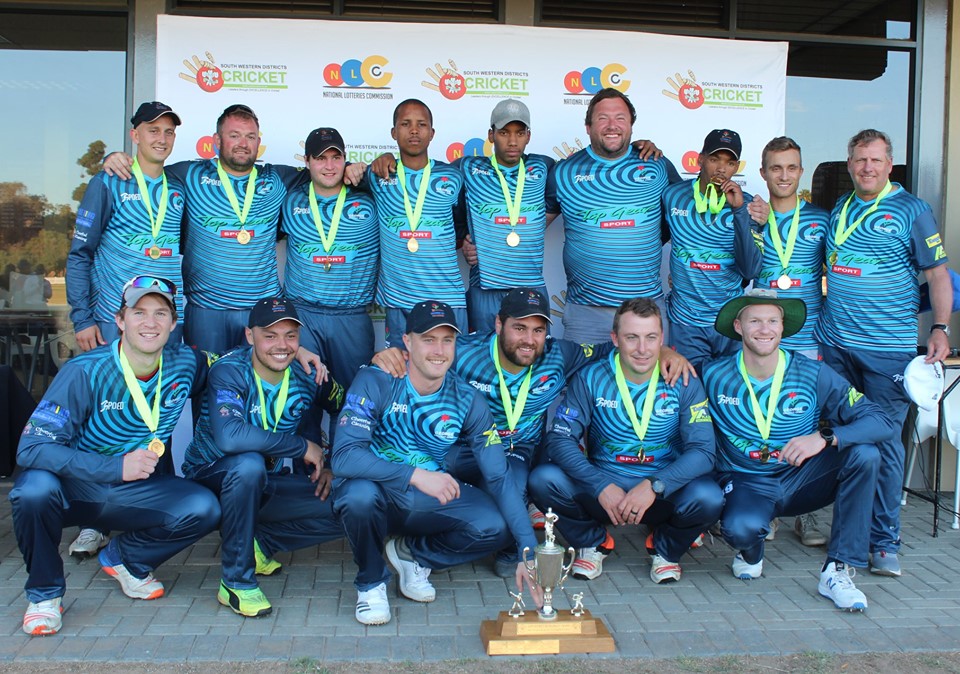 George Cricket Club, on Saturday at the Recreation Ground in Oudtshoorn, retained their title as SWD Twenty20 champions with a comprehensive 111 runs victory against Harlequins in the final.

Earlier Harlequins advanced to the final after a nail-biting 1 run victory against Union Stars in the first semi-final. Harlequins, who recovered from 8/3 thanks to vital contributions with the bat by Ndumiso Mvelase (73; 42 balls, 3×6, 8×4) and Julian Jacobs (32*) reached 143/6 after their allotted 20 overs. In their run chase Leroi Bredenkamp (43) and Pieter Stuurman (28) hold the Union Stars innings together but the result was determined with the last ball of their innings when they ended on 142 (all out) – a defeat by 1 run. Franklin Stuurman bagged 3/27 and Rhupino Plaatjies 3/30.

George booked their place in the final after the NMU Madibaz, the other semi-finalist, was suspended from the SWD league structures for the rest of the 2019/20 season. The NMU Madibaz club, who forfeited all three their three scheduled reserve league fixtures so far this season, was suspended (in terms of clause 15 (b) of the SWDC Administrative rulings from all competitions for the duration of the season.

George will now represent SWD in this weekend’s Western Cape qualifying round matches against Cape Town CC (Western Province) and Robertson CC (Boland). The matches will be played at the Callie de Wet Cricket Ground in Robertson.