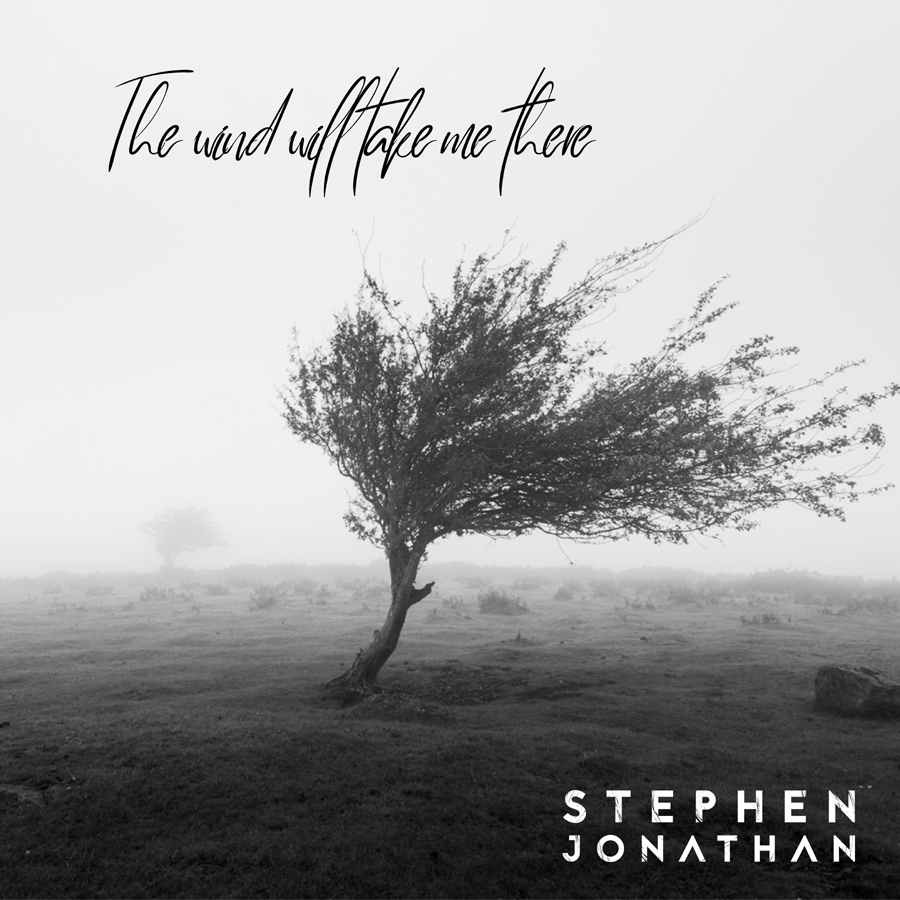 “It is centred on the idea of letting something die in order to truly be alive. This can be toxic relationships, habits, a job or anything really. Although this is not an easy thing to go through and can be really confusing and scary, it might be exactly what you need,” reveals Stephen Jonathan about the message behind his long-awaited debut single, which has already claimed the hearts of various South African music lovers.

THE WIND WILL TAKE ME THERE, which can be described as a stadium rock song with a bit of a world music influence, was originally written in Afrikaans by Joshua na die Reën for his 2016 album, Die Wêreld Binne My. Jonathan, who was playing in his band at the time, fell in love with the song and decided to translate and do his own arrangement of this captivating track. It not only showcases the artist’s talent as a musician and singer, but also includes the vocals and keys of the original songwriter.

“The message of the song gripped me from the first time I heard it. Over the years, it stuck with me and I decided to not just translate and cover it, but to rewrite the meaning in English and do my own arrangement of it,” he explains. “It is such a beautiful and inspiring song, written by a very inspiring human being and incredibly talented musician and songwriter, and I am very honoured to have his voice and keys on the track.”

Joshua na die Reën says: “A genuinely talented, authentic, spirited soul, contributing not only musically but also philosophically to the SA, and I believe global music scene.  What an honour to have one of my songs re-arranged and translated by Stephen Jonathan”.

In addition to opening at various sold-out concerts and working with several big names in the music industry, Jonathan credits the release of his first single as one of his biggest career highlights so far.

“Recording at my favourite studio, Audio Nebula, has been fantastic! Byron Muller is an amazing producer and recording engineer. We have been cooking up this brew for a while now and I am pretty excited to see where all this hard work is headed,” the artist shares.

Stephen Jonathan is a South African musician and songwriter from Pretoria, who has been active in the music industry for twelve years. Although he first became known for his incredible guitar skills, Stephen also proved himself as a formidable singer and writer early in his career.

He has also performed at big festivals such as Oppikoppi, Mieliepop, Innibos, Aardklop and the Smoking Dragon Festival and has shared the stage with Fokofpolisiekar, Francois van Coke, Jeremy Loops, Matthew Mole, Desmond and the Tutu’s, and more.

Stephen grew up in a home where his dad played music all the time, from Classic Rock to Blues. According to the artist, he has been fascinated by the way chords, melodies and words flow together perfectly to bring forth so much meaning from the age of twelve, when he started playing guitar. Shortly after, he developed a passion for writing his own songs.

“I find inspiration in my own physical and emotional experiences. If I can feel something, I can use words and melodies to tell the story,” he says. “I also admire local artists such as Joshua na die Reën, Dan Patlansky, Roan Ash and Jeremy Loops. I feel they are where they are now because of the amazing unique music they make, and not through a hustle, they have honestly clawed their way up.  I also think that the slightly ‘underground’ acts in our South African music scene like Pollinator, Scarlotte Will and Strait-Jackal who make fantastic music even though our scene doesn’t repay them with the recognition they deserve.”

Stephen describes himself as a laid-back coffee lover who would have like to be a psychologist if he didn’t pursue a career in music, especially as matters of the mind is close to his heart. He appreciates different types of music and lists Dire Straits, Pearl Jam, John Mayer, Chris Cornell, Bruce Springsteen, MUSE, Foo Fighters, Ryan Adams, Madrugada, Rodrigo Y Gabriella, JJ Grey and Mofro as having a big influence on his own style, which combines different genres. “I love great music and the genre doesn’t always matter as long as the song is good. But I would have to say what I have liked most throughout my life, is Grunge, Blues, Rock, Funk and R&B. I even like metal and have a weakness for country music, as well as a good dose of Pop every now and again. I am also a huge fan of beautiful acoustic music,” he says.

This versatile artist recently decided to focus on his solo career and plans to release his first single and video shortly. His solo project and performances include aspects of everything he has worked on to date and can be described as Progressive Pop Rock, which brings a new and exciting sound to the local music scene.

Just like every other artist, Stephen Jonathan has had to fight for his place in the spotlight. He searches daily for that one song that makes him tick and believes that music decorates silence and time. With his music, he tries to leave a lasting impression on the hearts of listeners. THE WIND WILL TAKE ME THERE not only exceeds this goal, but also permanently secures his spot in the South African music industry.

The song is available on all online platforms: