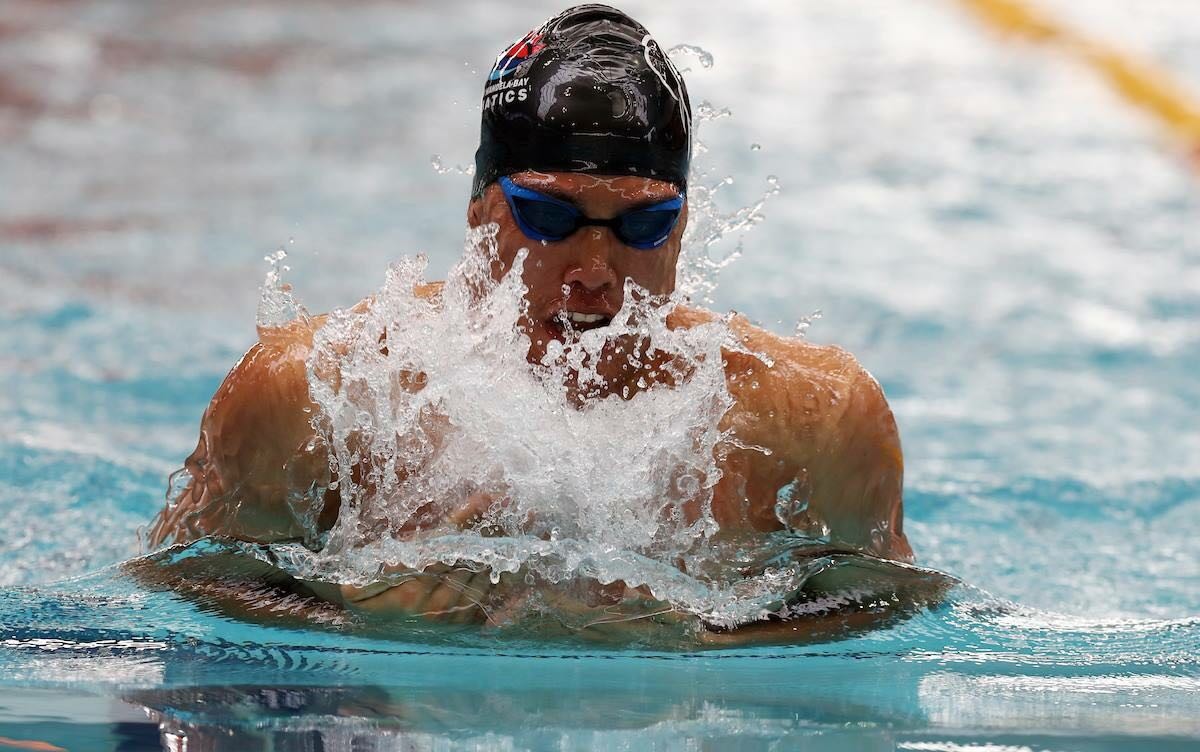 Ace Madibaz swimmer Alaric Basson says the top level of competition he witnessed at the World Championships in South Korea this year has been an inspiration for his long-term ambitions.

In what he described as “an insane experience”, one of the leading breaststrokers in South Africa became the first student from Nelson Mandela University to compete in an international event of this stature.

It led to him being named the university’s Sportsman of the Year at the annual gala sports awards function in Port Elizabeth this month. He also received the award in 2016.

The biggest lesson from the world champs, Basson said, was learning how to deal with pressure of the most severe kind.

“To be honest, seeing the best of the best there was just so inspiring,” said the 23-year-old BTech construction student, who hails from Uitenhage.

“I saw a number of world records being broken so, really, I was witnessing the fastest swimming the world has ever seen.

“I believe this will really help me going forward as it’s always better to be relaxed and less tense when racing.”

Basson felt this had been one of his most successful years in swimming and his attention was now on carrying the momentum into 2020 and his quest to qualify for the Olympic Games.

“I have really learnt so much in the past 12 months and I’ve also grown a lot,” he said.

“I’ve been to a number of competitions and have done quite well in most of them, showing an improvement in all my events. That is a great feeling, especially when you have been working hard to achieve that.”

He added that the recognition he received at the awards function was an honour for him.

“I feel extremely blessed and it’s really a great achievement for me to be named the best sportsman at the university for 2019.

“It’s just always a good feeling when your hard work has been recognised.

“In addition, being named Sports Personality of the Year is extremely humbling as it came down to people having to vote for a few nominees on social media.

“To know that there are people who support me and think that I have the personality or the character to be worthy of such an award is very special.”

Basson said a positive attitude had been one of the key elements to his success this year.

“I was always mindful of the things I put in place to stay positive as I firmly believe in the extreme power of the mind.

“Also, it was about staying true and believing in the work I have put in, as well as trusting the programme and the process.”

He paid special tribute to coach Mark Edge for the role he had played.

“I have to give credit to him as he is extremely dedicated about what he does and never gives up on his swimmers.

“I would also like to make mention of Madibaz Sport for their constant support.”

CAPTION: Swimming ace Alaric Basson was named Nelson Mandela University’s Sportsman of the Year for the second time when the gala sports awards function was held this month. Photo: Supplied