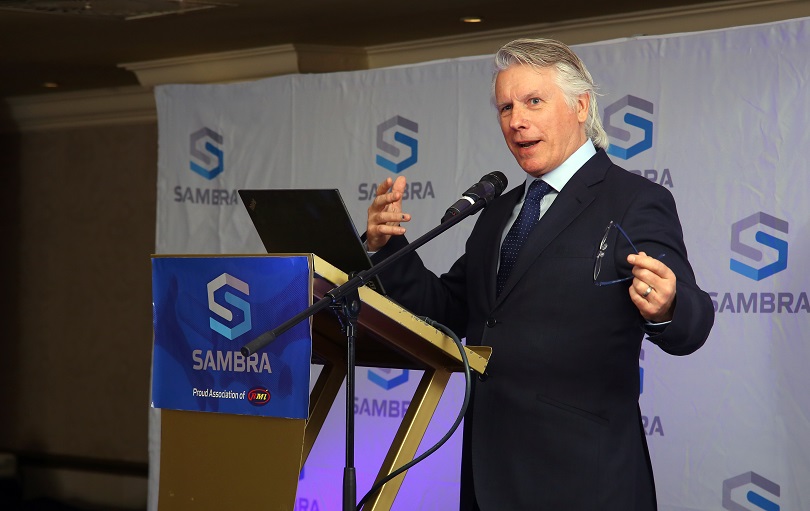 Brian Joss – An industry with the spending clout of the automotive industry ought to be doing a great deal more regarding enterprise and supplier development (ESD), delegates heard at the recent South African Motor Body Repairers’ Association (SAMBRA) Enterprise and Supplier Development Conference, at Emperors Palace, in Johannesburg.

The automotive manufacturing sector is one of the largest in South Africa, contributing between 6.5% and 8% of the country’s GDP (last year 7.7%), about the same as the mining sector. It draws significant foreign direct investment (FDI) into the country, and with vehicles being exported to more than 150 destinations, it is a major contributor to the country’s basket of exports.

Opening the conference, which was hosted in partnership with Siyakha, Richard Green, National Director of SAMBRA, a member of the Retail Motor Industry Organisation (RMI), urged an end to the “substantial inefficiency in use of funds” within the industry’s ESD spend, currently happening primarily due to inadequate collaboration within the industry.

“We need to develop efficient, collaborative mechanisms among all key role players in the motor body repairers’ industry, including ESD funders, so as to ensure not a single cent is wasted of the available funding,” Green said.

He noted that SAMBRA was vital to ESD efforts, with its more than 1 000 member firms, the multiplier effect of which could be substantial on ESD in the industry. He said the Rugby World Cup in Japan was an inspiration: “Imagine if we had the discipline of the Japanese to overcome a typhoon and scarcely miss a beat. That comes from discipline and organisation, two values sadly lacking in South Africa.”

Sustainability of motor body repairers (MBRs) and their contribution to the South African economy was explored by speaker Dionne Kerr, CEO of Siyakha Implementation Partners. “If we look at what MBRs consume in terms of spray-paint booths, machinery and equipment and more, much of which is imported, why are we not looking at local manufacturing or repairing instead of importing? In addition, rather than successful South African businesses looking to expand into foreign markets like Australia, why not commit to the local market which we at least all know how to navigate?   In an economic downturn one needs to emphasise becoming more innovative in order to grow. There is a plethora of government funding available to grow our market rather than somebody else’s – we should use it,” she said.

The Youth Employment Service (YES) will provide employees free to SMMEs, Kerr said. YES focuses on previously disadvantaged youth between the ages 18 and 35 by providing work experience for one year, giving young people a chance to demonstrate their abilities, establish their work ethic and prove their worth. In addition, the Sector Education and Training Authorities (SETAs) and the National Skills Fund (NSF) provide incentives to train and employ people. “I believe government is doing enough, but are we doing our bit?” she asked.

Kerr said that even though government is so accessible, most people will still rather use consultants, when government, in the form of the DTI, is available to help them.

“The three key focus areas when we talk about SMME sustainability are firstly, technical competence. You have to align yourself to the industry you’re in. Secondly, commercial competence. Time and effort has to be put into running a business sustainably. Surround yourself with competent, hard-working and non-greedy people and your path to success becomes infinitely easier,” said Kerr.

The third focus area is governance.

“So, we need to use this downturn to rethink our model as to how we can become more competitive. Do it by thinking outside the box and using government – hire five apprentices and let government (YES) pay for them. SMEs can be job creators for those youth by using government subsidies,” Kerr said.