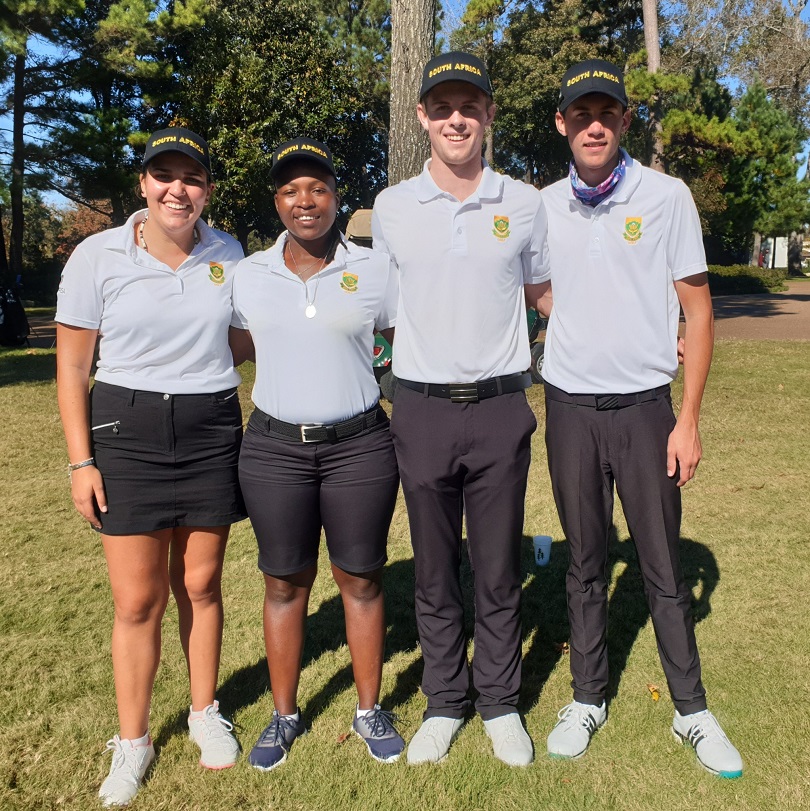 Myeki and Henriques languished at the bottom of the log in the Women’s Team Competition after a dismal start, but the GolfRSA Elite Squad duo finished with a spirited fightback.

“Zethu fired six birdies in the final round to tie for 11th in the 36-player field of the Women’s Individual Championship. Symone made all the critical par-saves for the team, including the final hole which they bogeyed in the first two rounds, and this lifted them to 16th overall,” Agherdien said.

“It was a titanic comeback for the girls and the boys were leading the field for most of the round until Sweden matched them late in the day, and the United States overhauled them with two late birdies to win on 22-under.”

The collective achievement of the GolfRSA Proteas in Texas extends the purple patch for South African amateur golf, which gained momentum with Jovan Rebula’s triumph in the 2018 Amateur Championship.

The South Africa’s men and women junior teams continued their dominance in the All-Africa Junior Golf Challenge, with the individual honours going the way of Simpson and number one ranked Caitlyn Macnab.

The South Africa women’s team won the Regional All-Africa Challenge Trophy in Swaziland for a 13th consecutive time, with Myeki heading up the individual standings.

Rebula captured the individual titles in the Southeastern Conference and the Kiawah Classic on the US collegiate circuit and Daytona State College freshman Henriques bagged her first win in her third start for the Lady Falcons in the Stetson Hatter Fall Classic.

“The crowning glory in 2019 was our juniors winning the Toyota Junior Golf World Cup in Japan, where Martin and Sam partnered Christo and Casey (Jarvis) to a tournament record-setting 41-under-par total. Sam once again won the individual title.

“And we are very proud of Jayden, Martin, Christo, Sam and Jordan Duminy who will be flying the flag for South Africa as members of the International Team in the second Junior Presidents Cup at Royal Melbourne Golf Club in Australia this December,” Agherdien said.

“Our sport is in a good space with talent abound and we are extremely proud of their achievement in a world-class international field. We will continue to give the players the international exposure to build their character and prepare them for their future careers, whatever it may be.”