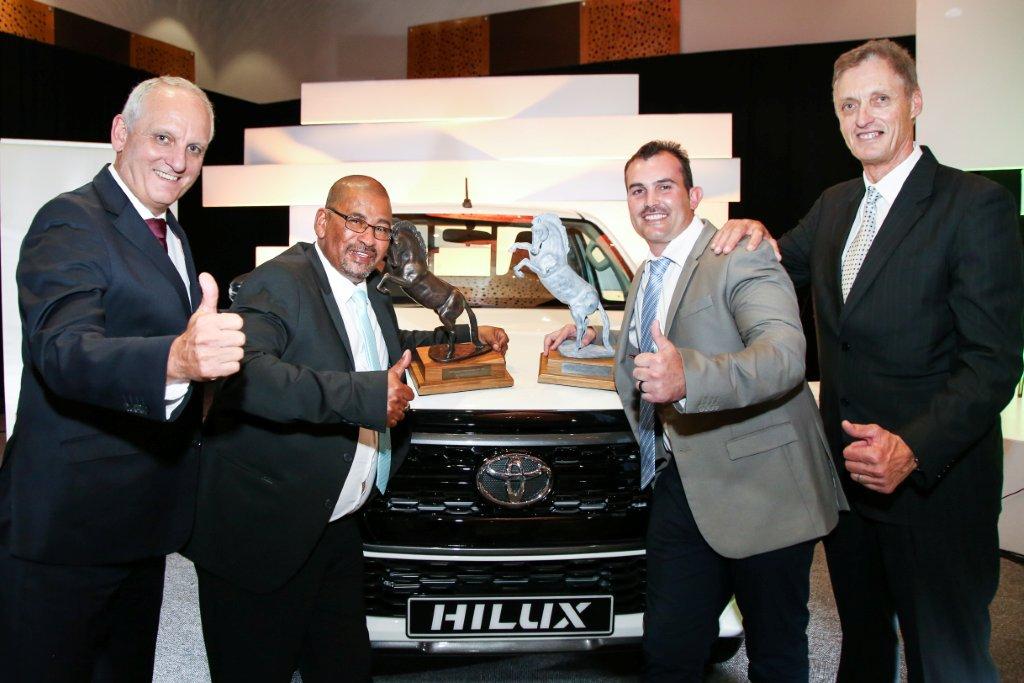 Brian Joss – The 16th instalment of the ToyotaSA/Agri-SA Young Farmer and New Harvest of the year saw two top farmers driving away with a brand-new Toyota Hilux workhorse each.

Prior to the gala event in Kempton Park, Johannesburg, where winners were announced on November 8, finalists were nominated by their respective Agri-SA provincial councils before they went through a series of gruelling rounds of elimination. They were tested on a multitude of aspects, including their financial and business acumen, farming skills and proficiency in management focusing specifically on their own contribution, independence as well as decision-making authority.

For event organisers Agri-SA and Toyota South Africa Motors (TSAM), the awards are an important part of the South African farming calendar.

As TSAM’s Vice President of Sales, Ernie Trautmann, puts it: “Toyota South Africa Motors has complete faith in the South African farming community, and we are also proud to be associated with Young Farmer and New Harvest Awards.

We applaud Agri-SA’s commitment to the farming industry and we are grateful to our partners Conservation SA for their continued support of this prestigious event.”

The panel of judges who presided over the nominations was led by esteemed academics, including Prof. Carlu van der Westhuizen, Prof. John Annandale and Dr. Brink van Zyl.