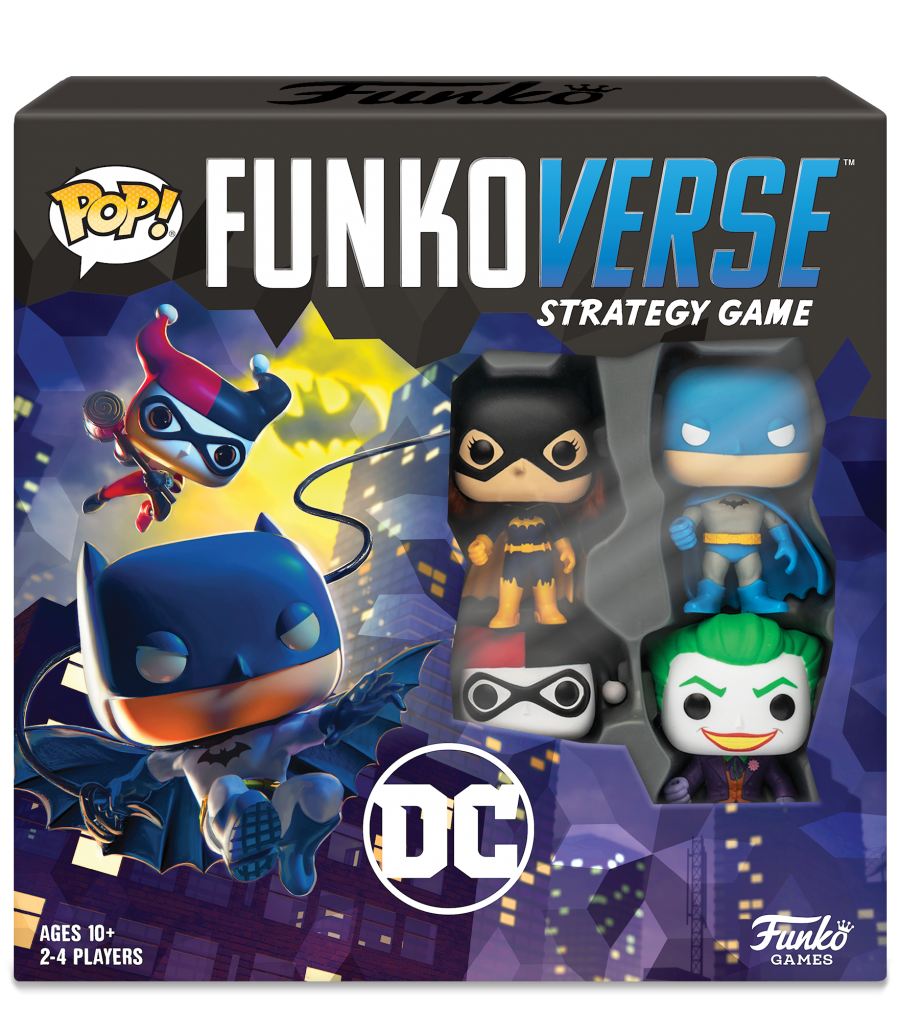 Solarpop Distribution is excited to announce that it has been awarded South African distribution of Funko’s new board game imprint, Funko Games, commencing with the recently announced Funkoverse line of games in Q4 2019.

Funkoverse was announced at Comic Con 2019 and featured prominently at Gen Con 2019, America’s premiere table top gaming event, receiving astounding acclaim and interest, promising to be the hottest gaming release for 2019!The first wave of Funkoverse includes six collectible strategy board games based on some of the world’s most beloved pop culture icons: Harry Potter, Rick & Morty, DC Comics and The Golden Girls. The games incorporate Pop! into the flagship game with brand new 3-inch figurines. The strategic game offers innovative gameplay and a fresh experience for both new and seasoned gamers.

“We are excited to be partnering with Funko on this exciting new venture,” says Eugene Vermeulen, Solarpop’s Director of Product & Marketing. “Funkoverse is a fantastic new line that we are eager to get into the hands of as many Funko and gaming fans as possible, and plans are well underway to see Funkoverse titles available nationwide this year. We are looking forward to what this new partnership with Funko games will bring, as Funkoverse is merely the tip of the iceberg for this new gaming label and, looking at the quality product they are launching with, we have extremely high hopes for their future catalogue.”

“It’s thrilling to finally share with fans the debut of Funkoverse, the first pop culture infused board game from Funko Games,” says Brian Mariotti, Chief Executive Officer of Funko. “The games division underscores our commitment in creating the most innovative and relevant products out on the marketplace. Our employees take great pride in continually discovering new ways to reach the fan in everyone.”

Solarpop will be providing ongoing marketing support and social media awareness for Funkoverse including sneak peaks at local conventions, as well as dedicated support for competitive and casual organised play. Launch events are also being planned, so stay tuned for further details!Funkoverse products are already available for pre-order via local stores through Solarpop Distribution. An exact local launch date will be announced shortly.

Solarpop is South Africa’s top and preferred table top gaming distribution service. With the company slogan of GO PLAY, Solarpop’s vision is to spread the passion for bringing communities of all sizes together via the universal joy of quality play experiences. Our reputation is built on strong partnerships, excellent service, and a legacy of passionate market-building and the sourcing of products that put us a cut above the rest of the market.