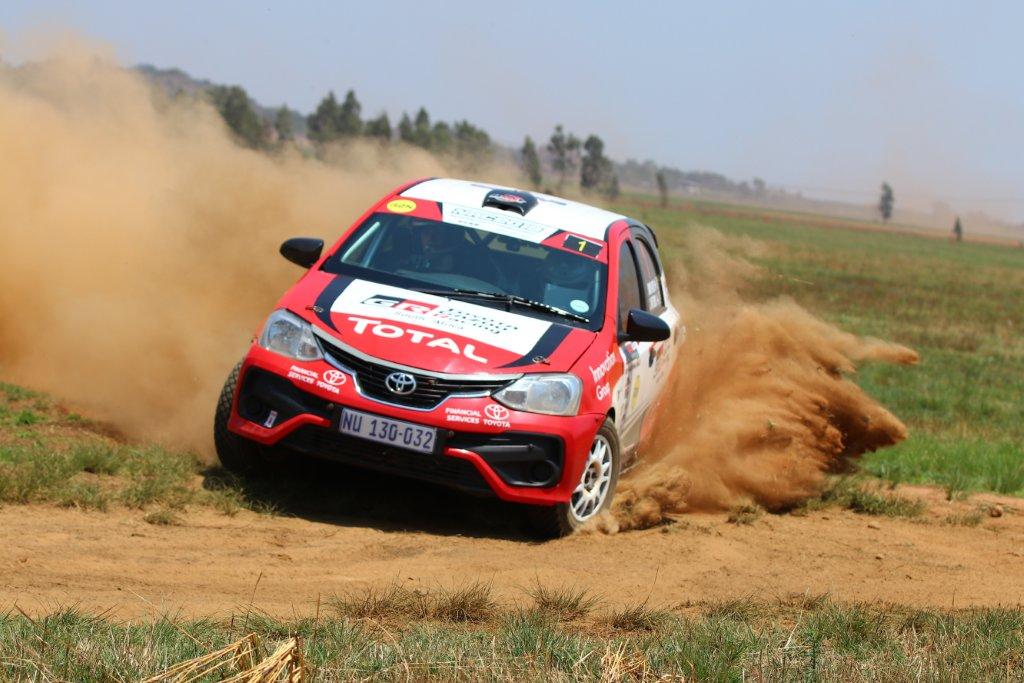 Brian Joss – It was a successful outing at the final round of the 2019 South African National Rally Championship for newly crowned champion Guy Botterill and navigator Simon Vacy-Lyle.

The Toyota Gazoo Racing SA crew set out to score the two points needed in order for Vacy-Lyle to be crowned as the 2019 navigator’s champion – and this they achieved with room to spare.

The pair initially scored the necessary points during Round 6 of the championship, but a protest by one of the competitors that was previously excluded from the results, saw the Toyota crew drop down in the final standings. This meant that, while Botterill had already sealed the title, Vacy-Lyle required just two more points in order to claim victory in the championship chase.

“We decided to take it easy out there,” said Botterill after completing the 2019 Wildcat Energy National Rally, which took place on the East Rand of Johannesburg this weekend. “There was no need to take any risks, and we simply kept things neat and tidy throughout.”

The pair drove their trusty Class R2N Toyota Etios to a second-place finish, trailing Volkswagen’s AC Potgieter and Nico Swartz to the finish by 1min 55.3sec. This gave Vacy-Lyle the required points, making it six consecutive championships for the Durbanites.

“What’s even more amazing is that we won all six of those championships in the same car, proving the unparalleled reliability of the Toyota Etios,”

said Botterill. “We’ve had very few technical issues over the last six years of rallying, and I cannot speak highly enough of our trusty steed.”