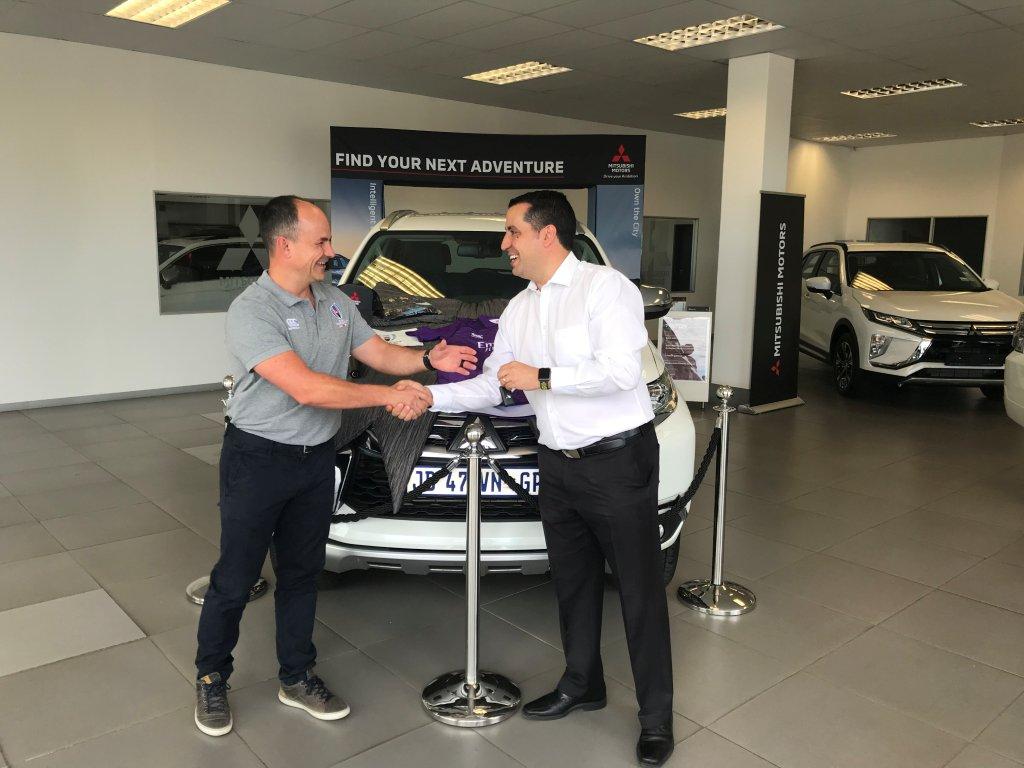 Peyper, based in Bloemfontein where he grew up, is already driving his new Mitsubishi Pajero Sport.

The young referee from the Free State capital rose through local rugby ranks rapidly after making his Super Rugby debut in 2008 while still in his 20s.

Three years later he became one of the officials for the 2011 IRB Junior Rugby World Championship in Italy. This included the final between England and New Zealand where the All Blacks won 33-22.

The following year Peyper was promoted to the International Rugby Board’s elite panel when he was tasked with refereeing Scotland’s 2012 tour of Oceania. This included Scotland’s 6-9 away win over Australia, 25-37 away win over Fiji and 16-17 away win over Samoa. Later the same year he was also the referee for the Argentina vs New Zealand clash in Round 5 of the 2012 Rugby Championship.

This year, at the age of 39, he was again selected as one of the 12 Rugby World Cup referees and the only South African referee for the 2019 tournament, where he took charge of the whistle in four matches (as referee) and the flag in five (as assistant referee).

“MMC has become increasingly involved in rugby all over the world, finding synergies between our vehicles’ attributes, the game of rugby and the broader reach of team sport,” says Nic Campbell, General Manager of MMSA.

MMC is involved in rugby in major markets such as the UK, Australia, New Zealand and Japan. The Japanese manufacturer of the Dakar-conquering Pajero, which won this tough event an unprecedented 12 times, including seven victories in a row, is the sponsor of both English and Scottish rugby.

The motor maker is also the main sponsor of various UK-based club teams and has recently signed as the vehicle sponsor of “All Blacks” rugby in New Zealand.

“We at MMSA have been involved in the sponsorships of various SA Rugby members over the past three years and wish to continue building relations with selected partners of SA Rugby, creating opportunities not only for us, but for our dealer network,” says Campbell.

“The long-term goal of the Mitsubishi Rugby Sponsorship is to create a long-lasting relationship within the SA Rugby community and conduct projects at grass-route levels to benefit youngsters all over SA. Jaco will lead our team on this path and help us forge these relationships.

“Jaco brings a wealth of rugby knowledge, great ideas and initiatives and will be a great fit to our brand. We look forward to a great future together,” adds Campbell.

‘We would like to congratulate the Springboks on an emphatic win at the Rugby World Cup; you did the nation proud,” Campbell concluded.