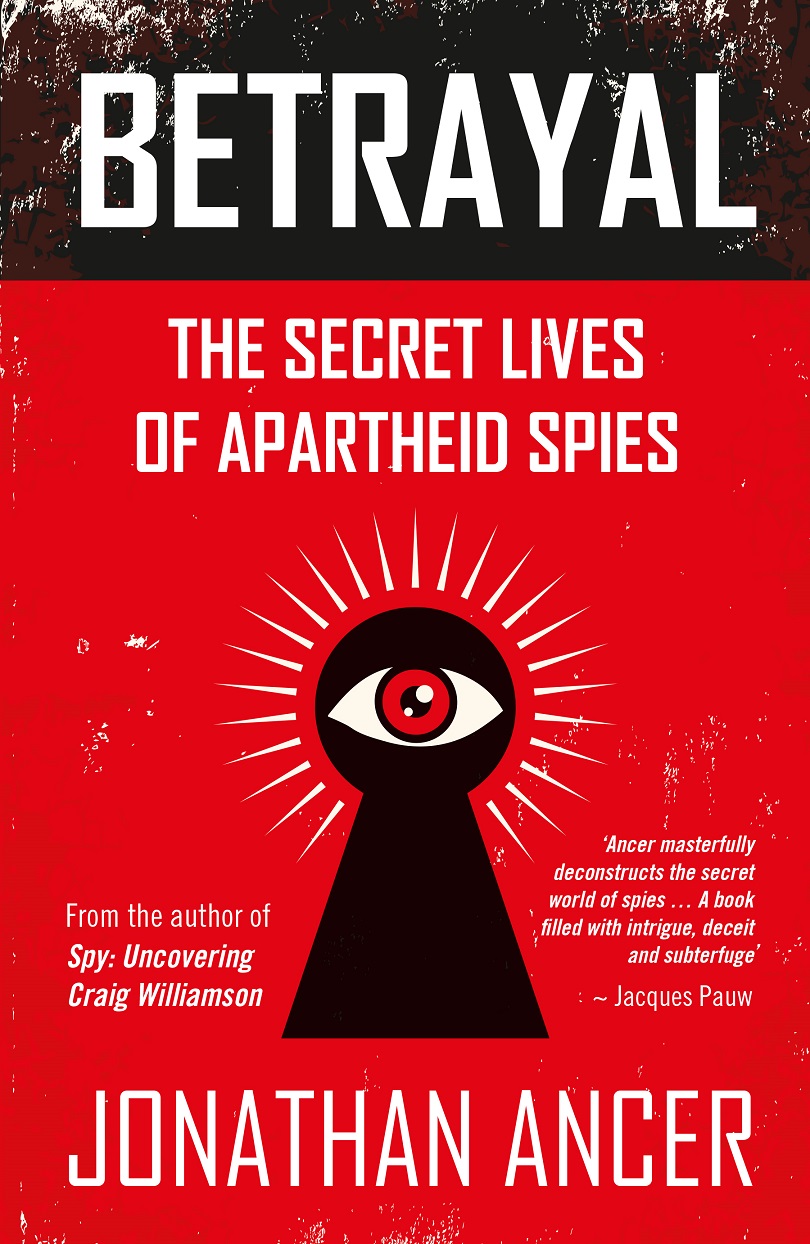 The Secret Lives Of Apartheid Spies

Betrayal reads like a roll of honour or dishonour, depending on which side of the fence you are sitting. Many of the names will be familiar through newspaper headlines. Among them Craig Williamson (Uncovering Craig Williamson, the Gremlin, May 8 2017) that Ancer also wrote and which led him to delve into the lives of apartheid’s other spies.

Others not so much.

Ancer writes that when he arranged to meet a former South African agent, the spy insisted on using coded messages. Ancer thought he was being unnecessarily paranoid but in 2018, when news emerged that Russian agent, Sergei Skripal, 66, who defected to M16, and his daughter, Yuval, 33, were poisoned by a nerve agent, identified as Novichok, he understood why.

First on Ancer’s list was Dieter Gebhardt, known as The Gray Man, was a rising star in the South African Navy, and when he was seconded to the Royal Navy for training in 1963 he walked in to the Russian embassy and offered to spy for the USSR. When he hadn’t heard from them he went back a second time giving them some solid information, probably about a missile, although no-one knows for certain and as a result he was recruited by the GRU, the Russian military intelligence agency. Eventually Gebhart was found out. Thanks to the CIA and British Intelligence.

Gerard Ludi was another one: he was Agent Q-018, a member of the notorious Special Branch and he managed to infiltrate the South African Communist Party which was banned at the time. Ludi testified against Bram Fischer and helped to send him to prison for life.

Ludi, who now farms in White River, also befriended the Bernsteins, Rusty and Hilda, and at one time dated their daughter, Toni Strasburg (Holding The Fort, The Gremlin, August 19. 2019). Ludi also worked as a reporter on the Sunday Times.

As did Jennifer Miles, a Cuban spy, who was working undercover as a South African diplomat. But according to Ancer’s sources she wasn’t that effective.

Spooks also infiltrated the ranks of students at university. One of these was Priscilla Lefson at Wits, and her social circle included several people who later became legal luminaries:  Richard Goldstone and Ernie Wentzel, among them. There were spy scandals at UCT, too.

Another Special Branch agent was Robert Whitecross who testified against Jansie Lourens and her then fiancée Carl Niehaus who were on trial for High Treason.

Other spies include Gordon Brookbanks, a teacher; Olivia Forsyth who wrote a book to try to justify her activities and betrayals; the late Mark Behr, the author of the much acclaimed The Smell Of Apples. Behr was tormented by guilt and when he was invited to give the keynote address at a conference he outed himself.

So why did these people choose the life they lived? Always in the shadows. Some of the spies Ancer spoke to didn’t think the information they passed on to their handlers was of any consequence. However, Ancer concludes that they spied because of their need to belong. “Being a spy made them feel powerful.” Photographs add interest to the book.

Betrayal will give you a good insight into spook-dom.