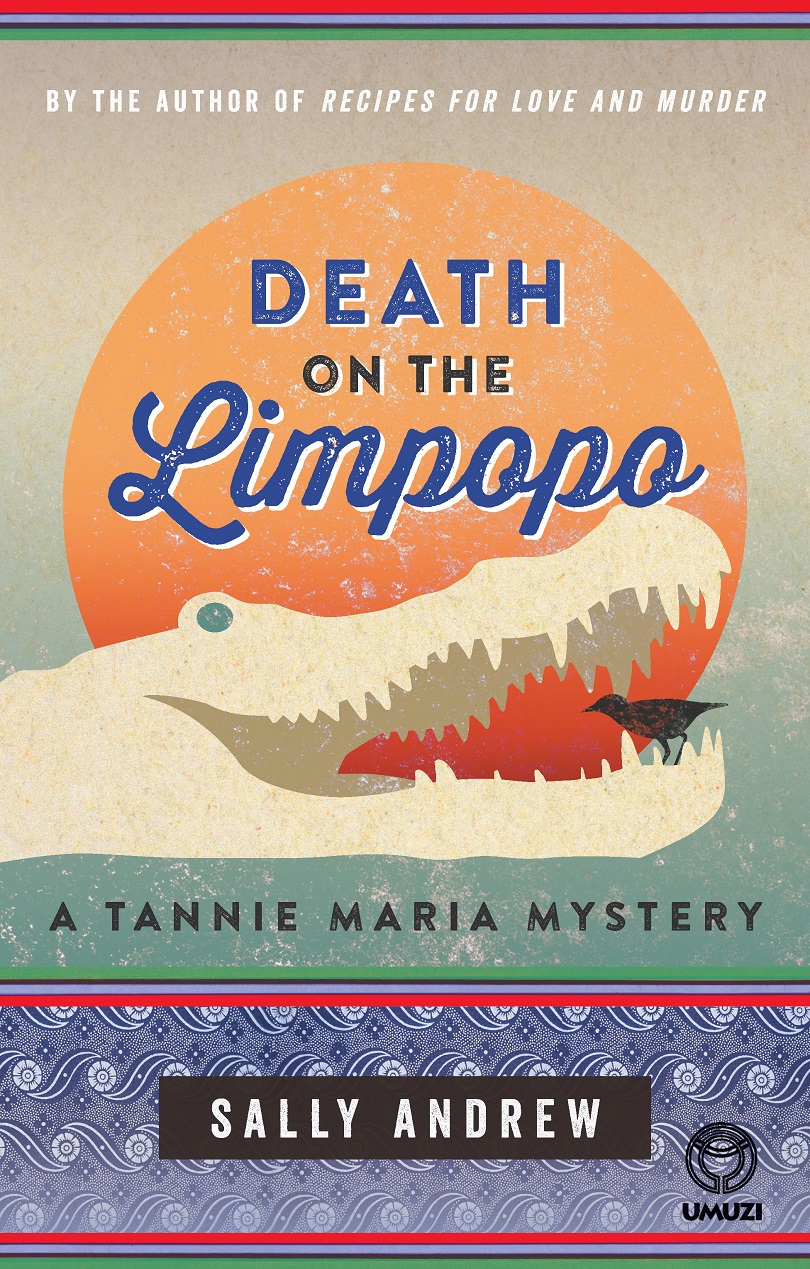 If you haven’t read any of the Tannie Maria mysteries, Recipes For Love And Murder (2015) and Tannie Maria And The Satanic Mechanic (The Gremlin, November 22 2016), then you’ve missed out. All the action takes place against the background of Route 62, particularly Ladismith.  Maria van Harten is the agony aunt on the Klein Karoo Gazette where she dispenses sympathetic advice accompanied by a tasty recipe. But she can’t solve her own problem, telling the man in her life, Detective Henk Lemmer, that she loves him.

While she’s pondering life’s mysteries in the Gazette’s office and what to tell the heartbroken little boy who has written to her about his abusive stepfather and “ill mother” Zabanguni ”Zaba” Kani, roars up to the Gazette’s office on her Ducatti. The tough and brash Zaba is an investigative journalist on the Daily Maverick  and she is in Ladismith ostensibly to shake up the Gzaette. where young reporter, Jesse Mostert, welcomes her with open arms while Hattie Christie, the owner/ editor of the paper is not so sure of Zaba’s motives who has been sent by “Head Office” to put some colour in to its pages, reflecting the diversity of the area.

Tannie Maria is neutral but she has this nagging feeling that she knows Zaba, who is famous for her political exposes and often receives death threats

After an attack on her life  Zaba moves in with Tannie Maria for safety. There Zaba gives her a box of letters from her father that sends them on a journey to the great Limpopo River, where it meets South Africa, Botswana and Zimbabwe. Tannie Maria remembers her dad, the anti-Apartheid activist, Richard Bell, reading stories to her when she was a young girl, about the great river before he left her and her mother, who didn’t talk much about her former husband.

Zaba meanwhile is convinced that her father was murdered and she wants to find the killer and believes that the great river has the answer.

Along the way to the Limpopo in Tannie Maria’s bakkie, they have some hair-raising experiences and narrow escapes. To say more would be a spoiler but the two very different women soon find they have more in common than they know.

Sally Andrew has a knack of making her characters come alive: President Bob Mula who screwed South Africa, his successor Mzwhake Jika who has secrets that he wants to keep secret; even the Limpopo, is a living entity that becomes an integral part of the story.

As a bonus there is a separate section with Tannie Maria’s recipes including one for Port biltong, which as padkos, will last two people 2 000 kilometres and Amarula Pot Pudding for four that you cook on a fire.