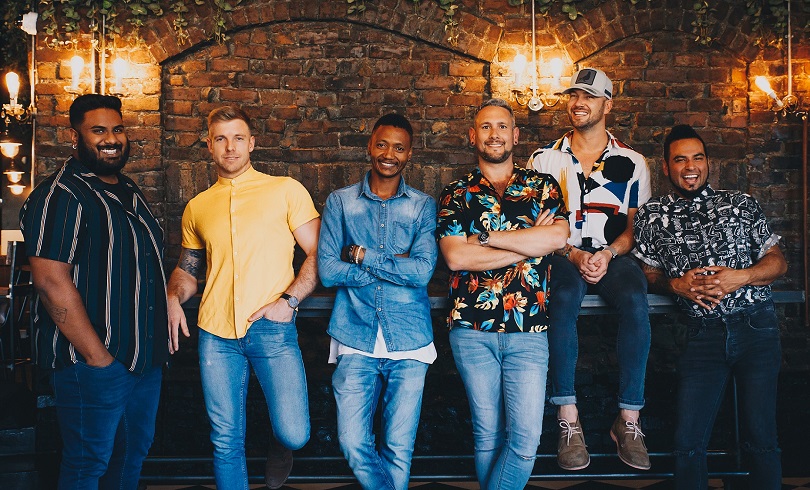 Uniting South Africans with their feel-good tunes and positive message, is one of the multicultural music group, POSDUIF’s, main objectives.

The music video of their latest single, LAAT VAL DIE WATER, is a perfect example of what they want to achieve.

Yzerfontein, in the Western Cape, is the ideal background for this upbeat video. It shows footage of the band travelling together to their next gig.

A good friend of the group and well-known producer, Kyle White, filmed the video and did a great job of bringing their concept to life.

“We met with Kyle to give him a better understanding of our vision for the video and he suggested we keep it as natural as possible,” explains singer and guitar player, Nick Jordaan. “It is pretty much a road trip type of video with an epic performance scene at our final destination, which happens to be on a farm in Yzerfontein.”

Although there were many challenges behind the scenes, they truly enjoyed the experience. It is also refreshing to see how well the band members, who all come from different backgrounds, get along.

“We all get along extremely well and we want to inspire South Africans of all cultures to do the same. If this video achieves that, if it helps even just one person, our job is done,” he adds.

LAAT VAL DIE WATER, which the band describes as “just having such a cool vibe”, boasts what is already becoming POSDUIF’s trademark positivity and distinct sound. The single, which has already been extremely well received by the public and radio stations across the country, was written by Jordaan and bandmate James Boland.

According to the band, the song is about hope and getting through hardships by believing in the future of South Africa as opposed to spreading negativity. “There is so much talk surrounding the brain drain and the mass exodus of people fleeing the country,” says guitarist and vocalist Nick Jordaan. “LAAT VAL DIE WATER is a song about being the light and setting the example for those around us. We live in a beautiful country and we need to stand together no matter our race, culture or religion. We are all facing the same hardships and we will reap the rewards when they are resolved.”

Boland explains what makes the six-piece band unique: “We all have different influences, ranging from Gospel and pop to Jazz, and we have different tastes, ideas and come from different cultures. However, we share a passion for music and a desire to showcase the positive side of life, particularly in South Africa. We are truly a multicultural music collaboration.”

The music video of LAAT VAL DIE WATER will definitely appeal to audiences of all ages and is the perfect companion to the positive and uplifting message of the single.