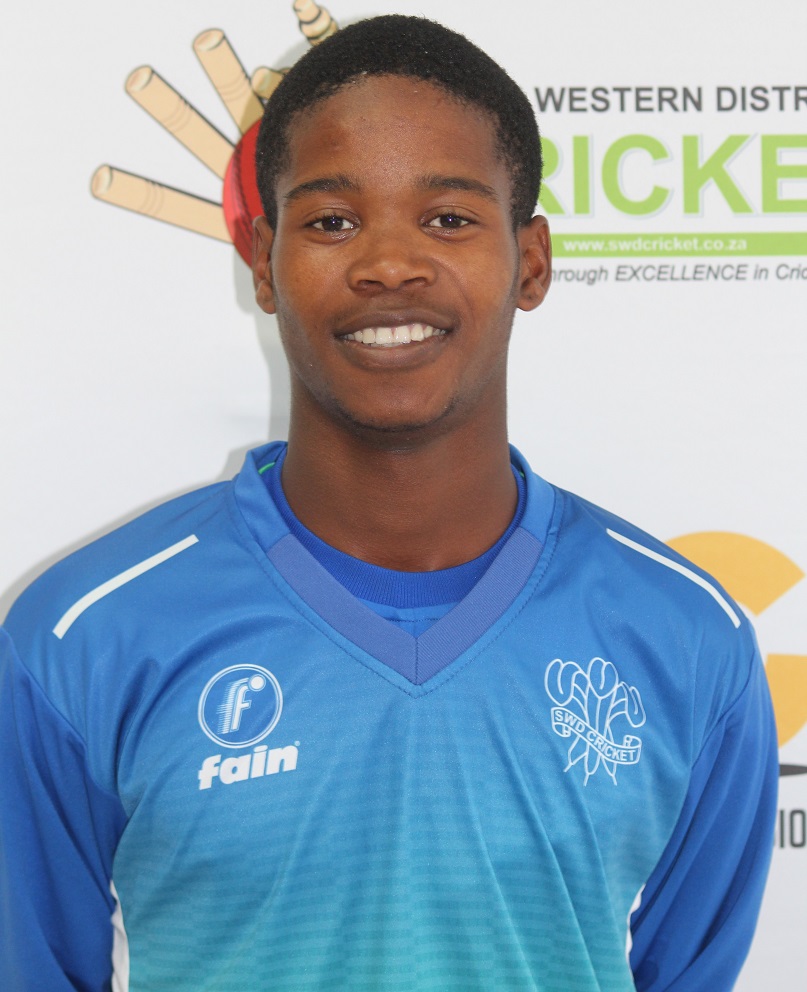 Tyrece Karelse from SWD, who made his first-class debut as a schoolboy earlier this season, is invited to attend the Cricket South Africa Talent Acceleration Program under 19 preparation camp in Pretoria from 28th November till 10 December 2019.

The SA U19 team will embark on a 3 match ODI series tour against India in East London from 23rd – 30th December followed by a quadrangular tournament in Durban involving India, New Zealand and Zimbabwe from 31st December till 9th January 2020.

Karelse, a scholar at Protea High School in Oudtshoorn, is also a member of the SWD u/19 team that will participate in the Khaya Majola National week in Pietermaritzburg in December.  In his first-class debut against KwaZulu Natal in Durban during October this year he scored a half-century for SWD.