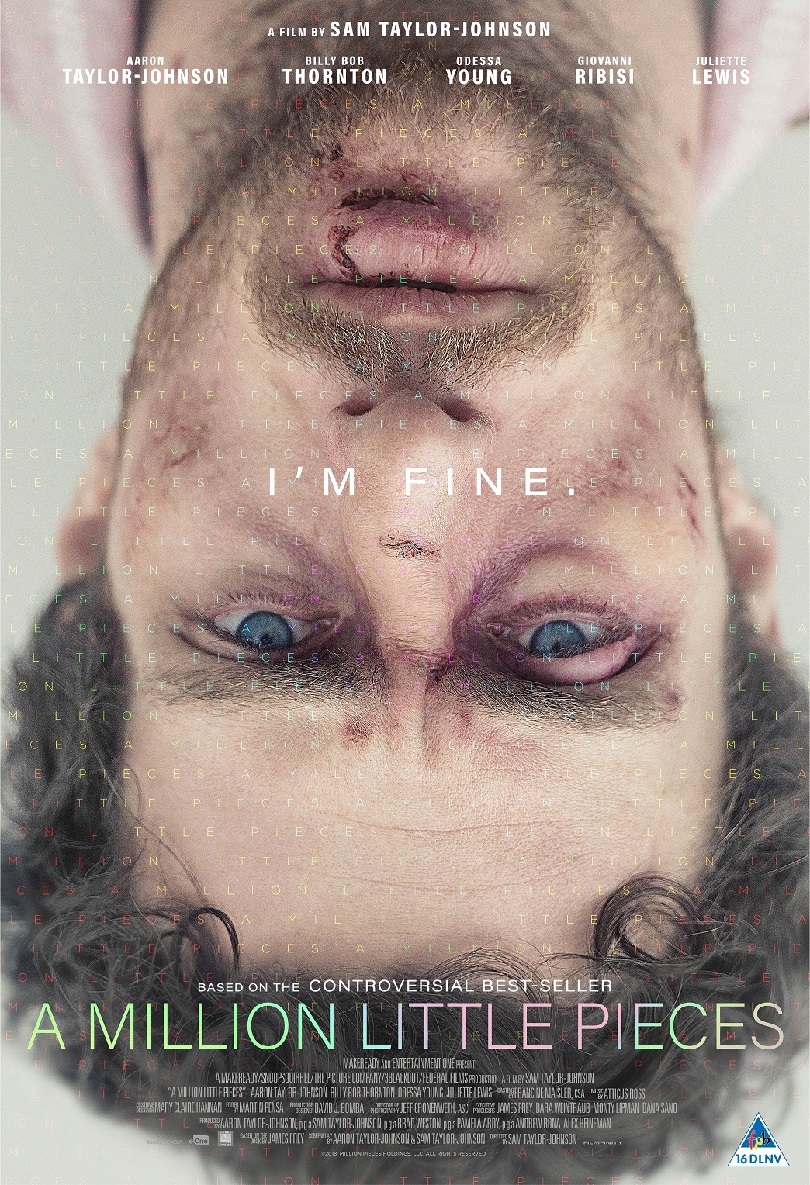 A MILLION LITTLE PIECES is the adaptation of the notorious 2003 bestseller with the same name by James Frey, which offered a visceral account of the author’s time at a rehabilitation centre in the 1990s.

An alcoholic and a drug addict, 23 year-old James has two options: treatment or death.

After waking up on a plane with a smashed up face and no memory of the past few weeks, he heads to rehab where he discovers much more than detox and therapy. As James endures the white-knuckle journey of mending his broken body, he heals his broken soul by connecting with other kindred spirits who also yearn and fight for a better life.

While A MILLION LITTLE PIECES doesn’t hold back from displaying the harsh and horrible realities of addiction, it is not only a study of addiction, but also of recovery, love, friendship and hope. It aims to offer a realistic look at how a young man pulls himself back from the brink of self-destruction.

“You don’t laugh as hard or cry as intensely as you do when you’re going through recovery,” explains the writer-director. “It was important to think about the balance of that in a way, the balance of the darkness and the light… The biggest thing I’d like is for people to come away with hope and optimism rather than despair.”

A MILLION LITTLE PIECES is distributed by Filmfinity (Pty) Ltd. and will make its official on-screen debut at the Johannesburg Film Festival (21 November at Ster-Kinekor Sandton at 5pm and at Rosebank Nouveau on 23 November at 9pm). The film will be released in South African cinemas on 7 February 2020.