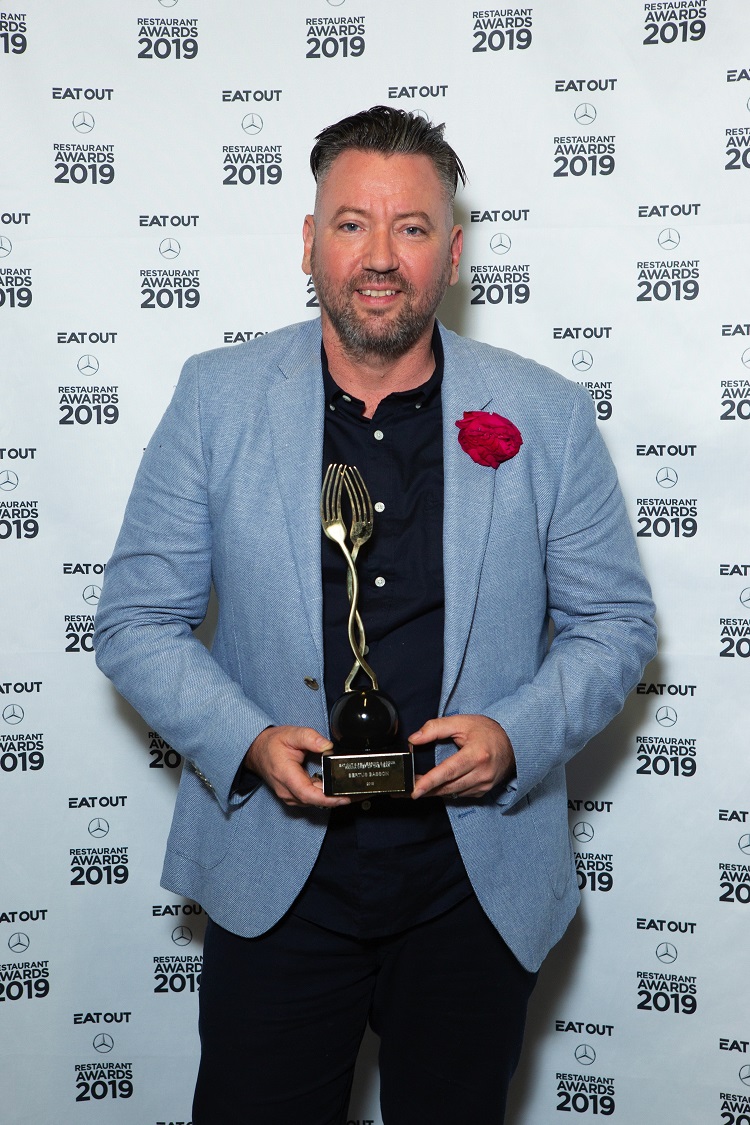 At South Africa’s most glamorous annual culinary occasion, the Mercedes-Benz Eat Out Restaurant Awards held at Grand West in Cape Town on 17th November 2019, the two most eagerly anticipated announcements were, as always, Restaurant of the Year and, the chefs’ ultimate recognition, the S.Pellegrino & Acqua Panna Chef of the Year. This prestigious award recognises a chef who has made a noteworthy contribution to the South African restaurant scene, pushing boundaries and continually raising the bar – sponsored by global brands, S.Pellegrino & Acqua Panna, whose ongoing commitment to gastronomy promotes growth and transformation in the international fine-dining arena.

Bertus says, “It was completely unexpected. I was obviously elated to get an award. In my mind, all chefs strive to win the Chef of the Year at some stage of their career. It’s a great honour but it also comes with great responsibility.”

His first restaurant Overture opened in 2007, regularly featuring in the Eat Out Top20, this year taking 12th place. Eike, his new fine-dining restaurant in Stellenbosch, shot in at 7th place after just one year of operation. Bertus champions local produce and applies the same levels of quality to family friendly Die Vrije Burger and casual small plates wine bar Spek & Bone, both also in Stellenbosch. The common thread that runs through all his restaurants, he says, “We focus on sourcing great local produce. It is important that each restaurant has an identity of its own.”

Congratulations to Chef Bertus Basson on this well-deserved award! As part of his prize S.Pellegrino & Acqua Panna will fly Bertus to a luminary gastronomic event during 2020, in line with the brand’s commitment to bringing together the best of the best across the globe.