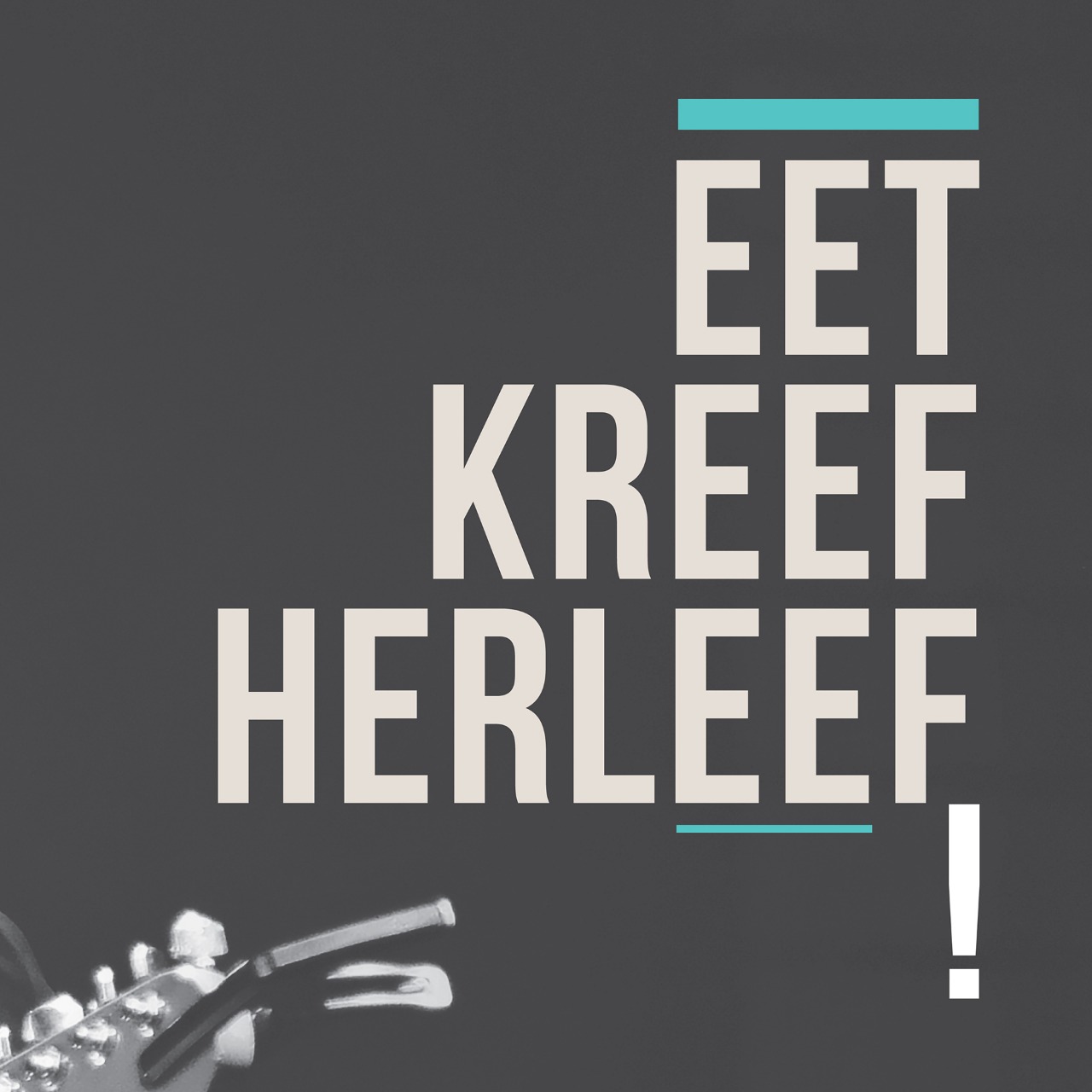 Some of the most talented rockers in Cape Town teamed up to give new life to the late 80`s satirical album -masterpiece EET KREEF! –  Johannes Kerkorrel and Die Gereformeerde Blues Band made headlines in those tumultuous years and EET KREEF! became one of the top iconic alternative Afrikaans album releases at the time.

Frank Freeman, who initiated the project, explains how it all came together: “I recently rediscovered Johannes Kerkorrel`s music and was amazed at just how relevant these tunes still are, 30 years later. I thought it would be great to find a way to bring the past and the present together. On the one hand I wanted to remind people of the rich history of alternative Afrikaans music and at the same time express that there is also a wholesome future for it.”

The EET KREEF HERLEEF! shows that we did so far, showed me that people are quite emotionally attached to these songs. It made me realize that we are busy with something more than just a re-interpretation of the music, we are also re-delivering this important music from 3 decades ago, just in another time and context. It is evident that is it still as relevant as back then.”

“The live shows came first and when the opportunity opened up to also record the EET KREEF HERLEEF! album, we felt that it must be recorded live, with all the bandmembers playing together in a room – just like the live shows that we have been playing. We recorded the album in three days. I am very proud of what we created. What you hear is us playing and sweating, plain and honest, without too much refinement.”

Liebenberg, after being asked what it feels like to have to fill the legendary shoes of Kerkorrel, said “It is daunting at times yes, but an incredible energy to work with. The original album is meaningful to a lot of people. We did not want to make a ‘tribute album’, but rather offer our own interpretation. Respecting the music and lyrics of the original is key to the result.”

Jannie Hanepoot van Tonder, from the Gereformeerde Blues Band listened to EET KREEF HERLEEF! He says: “Excellent renditions of the songs and all involved are top musicians that did great work on the album. What I love most are the songs that you made your own, like “Ry” – it might even be better than the original. My only criticism is that it is almost too good at places, I miss the angst. While listening to “younger” people playing the songs I realized the timelessness of the music. Up to this day, when we play the tunes, we are transported back into those complicated days in the 80`s; we easily forget that Ralph`s words are so universally relevant.”

The EET KREEF HERLEEF! live shows kicked off at the Vrystaatse Kunstefees in July this year. It will be presented at Evita se Perron in Darling on 18 December. Look out for 2020 shows at the US Woordfees on 15 March and at Atterbury Theatre on 27 and 28 March.

EET KREEF HERLEEF! was produced by Frank Freeman, recorded and mixed by Jurgen von Wechmar at Sunset Recording Studios in Stellenbosch and mastered by Tim Lengfeld at TL Mastering. All tracks written by