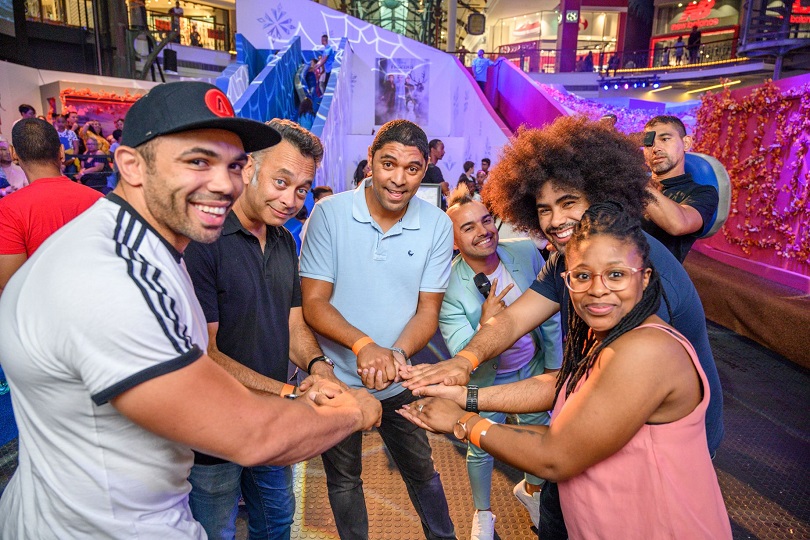 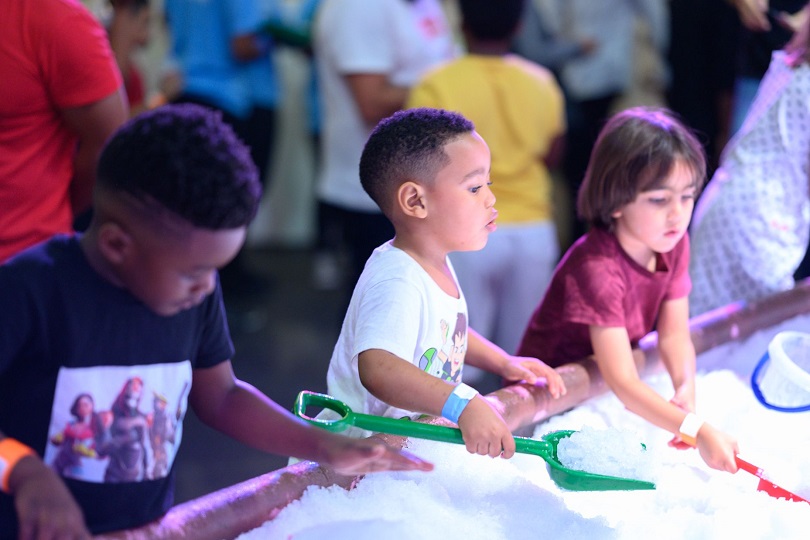 Cape Town, 29 November 2019 – Great fun was had at the launch of Canal Walk’s Frozen Fun Slide last night, with even some friendly rivalry between some of South Africa’s best known celebrities and media personalities, who gamely participated in The Elements Charity Dash.  Comedian Stuart Taylor took first place honours and chose to dedicate his victory to the Tygerberg Children’s Hospital.

The Frozen Fun Slide Park, which runs from 29th November 2019 to 5th January 2020, is in collaboration with The Walt Disney Company Africa and in celebration of the impending launch of  Frozen II, the sequel to the beloved movie, Frozen.  Frozen II opens in cinemas in South Africa on 6th December 2019.

Each year, Canal Walk Shopping Centre pledges funds to charity through their end of year family fun entertainment offering.  This year, the shopping centre created The Elements Dash, which focused on the elements of Wind, Fire, Earth and Water.  This year’s competitors  were Stuart Taylor, Kurt Schoonraad, Ayanda Tini-Dlamini, Terrence Mentor (Afro Daddy), and Bryan Habana.  Each had to select an element from an envelope, then figure out several clues in order to discover, which one of the four slides they needed to master, before taking a selfie in one of the ‘Frozen’ photo booths, and hunting for their matching ‘element’ in the Olaf Snow Zone and racing back to emcee, Carl Wastie.

Tickets to the Canal Walk Shopping Centre’s Frozen Fun Slide Park are available on www.webtickets.co.za  and on site at the event ticket booth and cost:

Sessions are 45 minutes and every hour, on the hour.