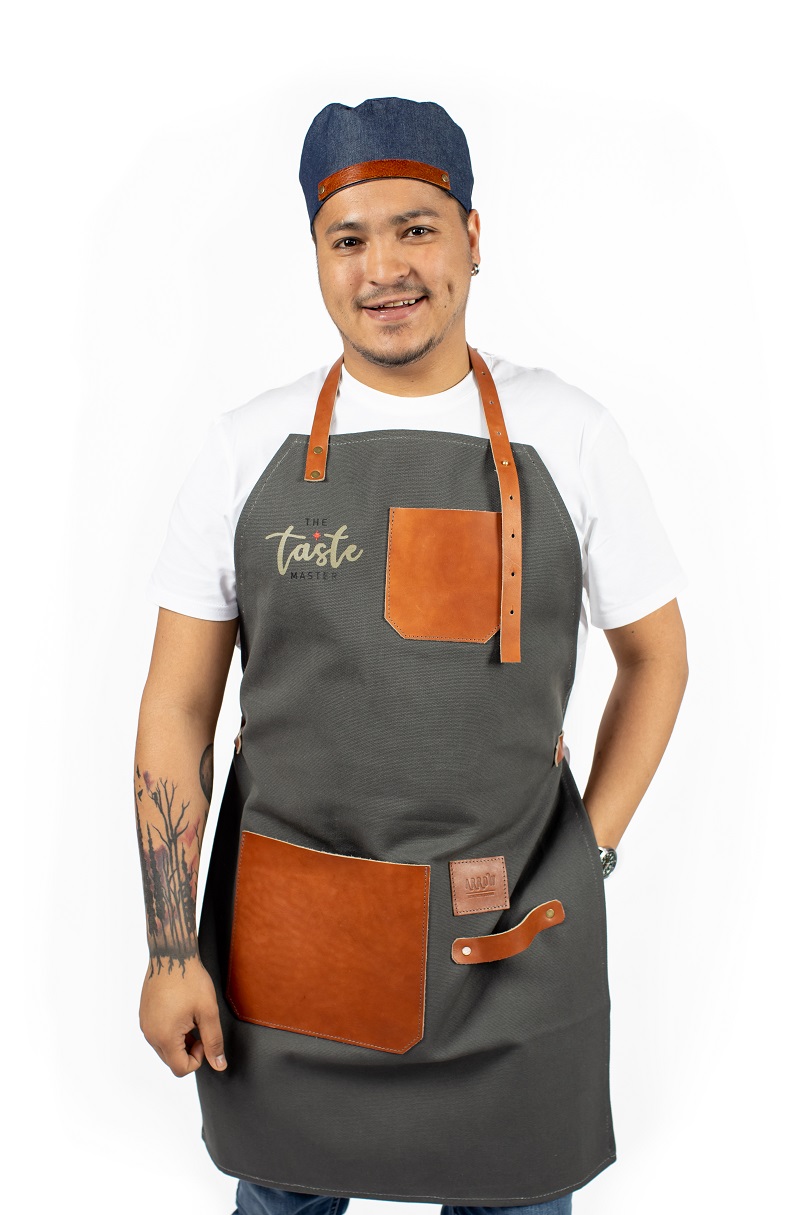 Johannesburg, 4 December 2019. In another nail-biting episode of The Taste Master, the remaining four contestants continued the quest to become the resident foodie on SABC 3’s Afternoon Express

This week, they attended the country’s most prestigious culinary awards – Eat Out 2019. What started out as a reward for their progress in the competition quickly turned into a curveball when they received the clue to their next task hidden inside a specially-prepared dessert.

The rest of the challenge was revealed the next day when the contestants were tasked with creating a dish inspired by one of the eight courses served the previous night.

This challenge threw the contestants into the deep end as judges Zola Nene and Gregory Czarnecki, joined by Eat Out head judge Margot Janse, expected nothing short of edible works of art.

The contestants, who were judged on their dish’s taste, inspiration, influence, presentation and attention to detail, did not disappoint.

Taking chef Liam Tomlinson’s fish dish as inspiration, Boitumelo ‘ChewMe’ Mogoai created a stunning fine-dining dish that scored her her first Chalice, proving  she definitely has what it takes. “Mama, I made it,” an ecstatic Boitumelo said shortly after her win, “I am winging it with each and every challenge and that means that I am constantly learning. That, for me, is great and what this journey is all about.”

In a twist, it was frontrunner Imtiyaaz Hart who crumbled as he took on a dish inspired by judge chef Gregory Czarnecki. Imtiyaaz created an orange cake drizzled in an orange syrup and topped with a lime gel alongside a basil, vanilla and a white chocolate crème anglaise.

Judge Zola Nene said that while all four contestants created incredible dishes, there were certain technical elements which ultimately saw Imtiyaaz being eliminated. “This particular dish lacked in flavour and presentation as well. The flavours didn’t really speak of what we experienced at the Eat Out Awards.” Zola Nene says, “Chef Gregory’s dish had a lot of basil in it and a lot of freshness in it and, unfortunately, that didn’t quite come through in your dish.” Chef Margot Janse added that, “You had a lot of passion that showed in the plate and I think you showed a lot of bravery to be inspired by Chef Gregory’s dish, but that bravery did not show in the execution.” Chef Gregory Czarnecki further added that, “The dish was very brave, but lacks in terms of flavour and execution and the inspiration behind it. There wasn’t enough creaminess and I didn’t feel the basil at all which is the most important part of my dessert.”

While his time on the competition has come to an end, Imtiyaaz said, “I’ve learned so much on this journey – so much that I would never have learned in my little kitchen at home and I’ve made some good friends on this journey, been introduced to so many great chefs and I leave here with a lot more passion for food – this is not the end of my journey.”

Next week, the competition heats up as we enter the semi-finals of the debut season of The Taste Master. Boitumelo ‘ChewMe’ Mogoai, Alex Torrão and Charmaine Ramalope-Makhubela will battle it out for the trip of a lifetime to Belgium. But before that can happen, the contestants will need to prove they’re worthy of the top two by creating an original menu and pop-up stall at one of Cape Town’s famously festive night markets.

Catch The Taste Master every Tuesday at 19h30 on SABC 3. For more information, visit www.thetastemaster.co.za.

The repositioned SABC 3 brand brings you “The Stage is Yours”, for the quintessential viewer that is unapologetically South African in pride and in behaviour but embraces a global view, the unboxed. We are the channel that shines a spotlight on our aspirations and represents the progressive spirit of our nation. We have local content that is relevant, cutting edge, compelling and speaks to our South Africanisms.  We aim to showcase our multicultural energy and the collective possibility that allows our viewers to make life affirming decisions that will define the future of generations to come.