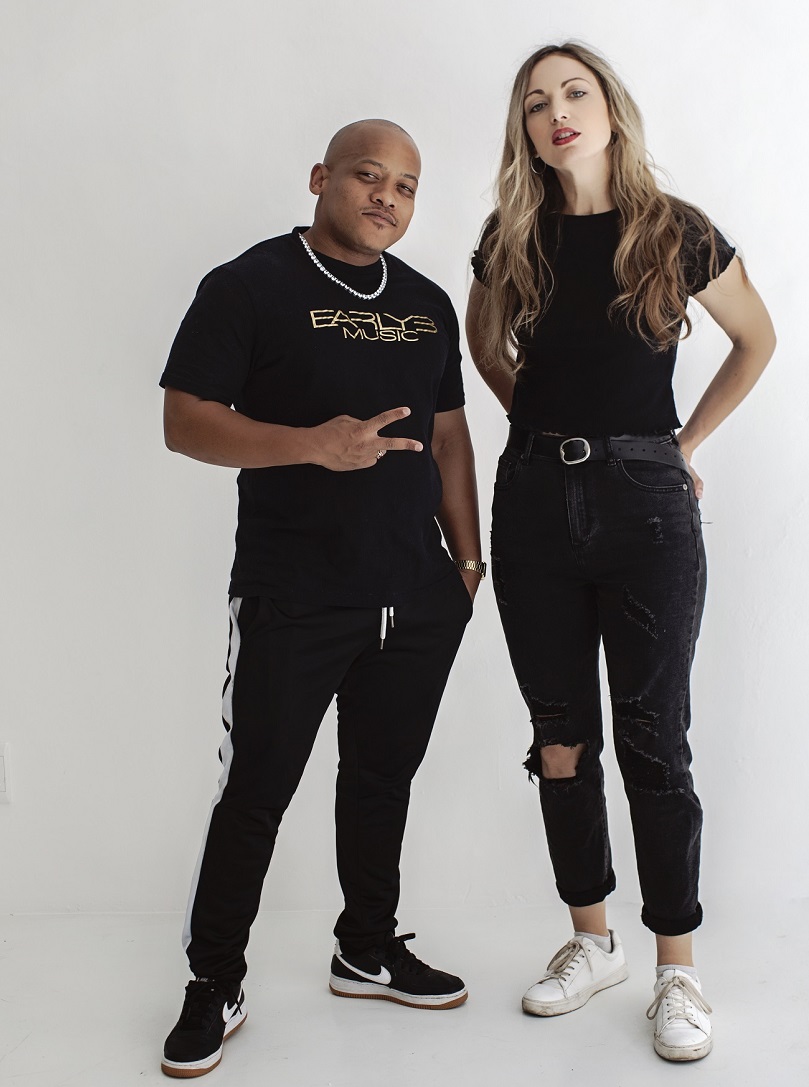 The official video for the dreamy Afrikaans language pop hit-song, which is currently topping various radio charts in South Africa, has just been released.

Janie Bay says that it is important to her to be involved with the conceptualising and the subsequent shooting of her music videos. “A comprehensive vision presents itself to me and I understand every aspect of what needs to be done. I usually have a very clear picture in my head of the storyline and location, as well as who I would like to feature in the video and the director and DOP that I would like to work with. I also pre-plan the finer nuances like make -up, hair and wardrobe.”

“For, Die Heelal video I imagined dancing in a club and intimate moments between two people. This is the basic feel of the song. I wanted to create a contrast between these two parts and the result is that we filmed the bedroom scenes in black and white and the club scenes in colour, especially working with blue and pink tones that are very trendy right now.”

Well-known actor David Louw plays the lead with Janie. She says: “It was great to work with someone professional. We had to shoot the video in less than 24 hours, so I needed a actor and production team that were 100% focused. I could not be happier with how it turned out. I also knew that director Andre Velts (Hartstog, Vergeet My Nie 2020) and DOP Marius de Nysschen (Posbus 1, Vergeet My Nie 2020) were the right people to action my vision for this video.”

Early B says that he feels honored that Janie asked him to work with her: “I am a fan of her music. Our songs will one day outlive us and I am super proud to be part of this particular track.”