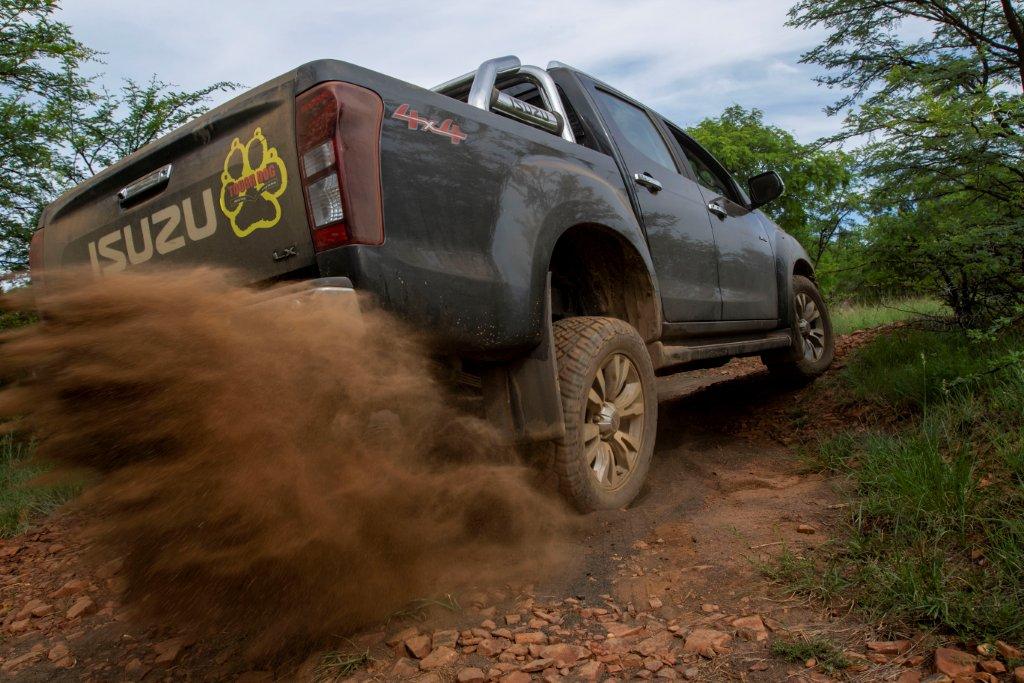 Brian Joss – It is one of the quintessential debates around a South African braai: which bakkie really is better?

Is Toyota’s sales-topping Hilux really the best, as the numbers suggest?

What about the Ford Ranger? The Isuzu D-Max? Let’s not forget the Mitsubishi Triton, the Mercedes-Benx X-Class, Nissan’s Navara, Mahindra’s Pik Up, Toyota’s long-serving but popular Land Cruiser 79 and VW’s Amarok.

Now Leisure Wheels magazine’s 2020 Bakkie of the Year competition aims to finally find out which bakkie really is the best, using a comprehensive evaluation and scoring system. The new format is squarely aimed at the average bakkie consumer, and focuses on real-world, real-consumer needs and requirements.

Ditto with a braking test from 100-0km/h, with a 500kg load on the bak. And a towing test, where each bakkie had to tow a loaded Bush Lapa off-road trailer weighing just under 1 300kg over the same route.

Handling is an important element, too. All 10 bakkies were subjected to the ISO 3888-1 emergency lane change test, conducted by independent dynamic vehicle analyst Jakes Jacobs.

In a challenging economic climate, fuel consumption is another vital ingredient. And again the focus was on real-world consumption. Each loaded bakkie completed exactly the same sequence at the Gerotek Vehicle Testing ground’s high-speed oval: slow laps, fast laps, stop-and-go laps, and in-gear acceleration laps. The results obtained are what consumers can expect to achieve on their daily drives.

Actual ownership is also a moot point. Surveys were conducted for a selection of parts prices for each vehicle. Service, maintenance plans, warranties and service intervals also come into play.

But buying a new vehicle is not only about data and numbers, it’s an emotive choice. So a small panel of expert judges, including some of South Africa’s top driving instructors, 4×4 driving experts and a leading motoring journalist, evaluated all 10 vehicles over exactly the same 45km route.

Later, they completed a 4×4 track in all 10 bakkies, and scored the vehicles accordingly.

All the vehicles made a pit-stop at the Dastek headquarters in Tshwane, where they had a run on the company’s dynamometers.

“We measured actual drivetrain loss in this test and it made for very interesting numbers,” explains Leisure Wheels magazine’s Danie Botha. “A manufacturer may claim its engine produces X amount of power but the actual power delivered to the driven wheels may vary quite a bit.”

These are just some of the elements of Leisure Wheels’ 2020 Bakkie of the Year competition, a process honed over the last 20 years of organising such events.

“Drivers have their own preferences. one prefers a softer ride on a bad dirt road, another wants the ride to be more firm. What may be a stunning design for one person may be dreadful for another. So for the inaugural Bakkie of the Year competition we decided to focus less on subjective scoring, where personal preferences play a huge role,” says Botha.

The winner of Leisure Wheels magazine’s 2020 Bakkie of the Year will be announced early in 2020, once all the research elements have been completed.

This competition is run in association with Business Day newspaper’s Motor News, as well as Ignition television channel (DStv channel 189).