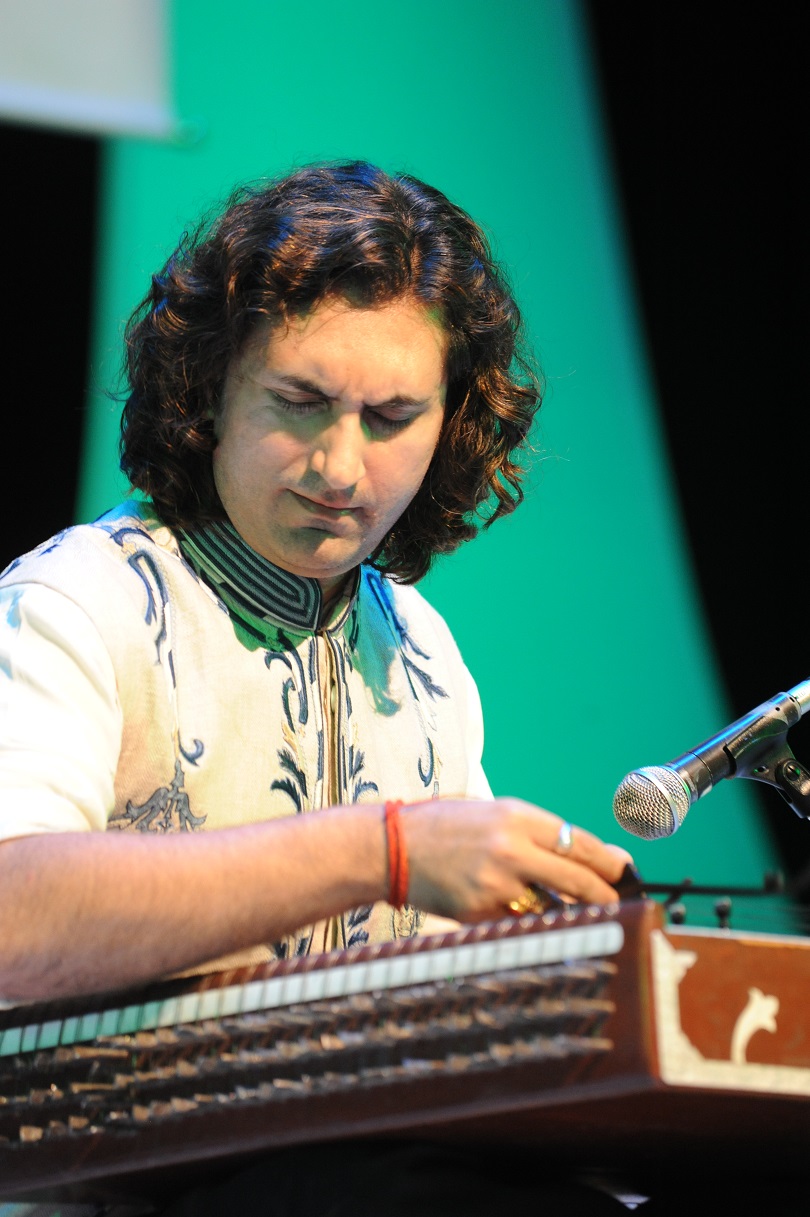 Cape Town, 9 December 2019 –  Inner Circle Entertainment is fast making a name for its unique and large-scale productions that often combine established international musicians with the crème of South African artists.

‘Symphony of Santoor’ is one such creation that will fit the bill and enthral audiences lucky enough to have a seat for its world premiere, on Friday 21st February 2020 at the Artscape Opera House.

Inner Circle’s philosophy of shifting the context of musical expression, resonates through its creation of musical collaborations.   The most recent world-first production that caught the imagination of the South African public and now a growing worldwide audience, was the world’s biggest Islamic music star, Maher Zain, in concert with the Cape Town Philharmonic Orchestra (CPO) – two sell-out concerts were not nearly enough to satisfy the demand.  Similarly, Symphony of Ghazal with violinist Deepak Pandit showcased a successful crossover of raga based compositions performed with the CPO.

Now, it is Symphony of Santoor that will capture the audience’s imagination.  Award-winning Santoor player, Rahul Sharma and the Cape Town Philharmonic Orchestra under the baton of Brandon Phillips, collaborate for a magical confluence of the rich traditions of Indian and western classical music. This world-first concert will journey through Indian classical ragas, folk, and light classical music compositions, rearranged for orchestra by Sharma, with the 100-stringed santoor as the starring soloist.

“This collaboration is unlike anything I have ever done before and I am truly looking forward to debuting the Symphony in Cape Town, a city that holds a special place in my heart” said Rahul.  “There is a certain amount of nervous anticipation in doing something like this for the first time and it is therefore an honour to be able to perform this ground-breaking work with the confidence of having an orchestra, such as the Cape Town Philharmonic Orchestra under the respected guidance of Brandon Phillips, right behind me.”

Rahul Sharma learnt his craft from his father, the renowned Pandit Shivkumar Sharma, beginning his training at the age of 13 years old.  Father and son are globally recognised for their skill on the Santoor – a trapezoid shaped 100-string wooden instrument – transforming it from a simple Kashmiri folk item, to a respected instrument in Indian classical circles and around the world. Rahul, has made it his own however, with his music spanning many genres from classical to folk, rock, new age and world fusion, working with artists such as pianist Richard Clayderman, psy-chillout pioneers Deep Forest, and topping the US Billboard with his collaboration with smooth jazz artist Kenny G.

Louis Heyneman, Chief Executive Officer of the Cape Town Philharmonic Orchestra, is equally eager to see this musical melding come to fruition commenting: “The CPO is looking forward to be involved in Symphony of Santoor. Our previous collaboration with Indian Classical Music,  Symphony of Ghazal, was a great success. Widening our scope to include music from other genres is a thrilling new avenue for the orchestra and being at the forefront of something this exciting, gives meaning to our motto of being an orchestra for all seasons.”

For novices to the genre, Indian music is largely improvised, with the artist gauging the audience’s vibe and mood, tuning into the heartbeat of concert goers before embarking on the main event.  Therein lies its mystique and magic, as each performance is totally unique and therefore, extremely special. Orchestral music is of course more structured, and Rahul has consequently scored the pieces to take account of the different styles.

The Santoor is an instrument synonymous with sounds that sooth the soul and combined with a full orchestra at the fingertips of this mater Santoor player,  this concert promises to appeal to the uninitiated and the seasoned Indian and classical music fans alike, affording all who are privileged enough to hear it,  the ability to soar with the music.

Aside from the 46-piece Cape Town Philharmonic orchestra, Rahul Sharma will be accompanied by a team of musicians from India.