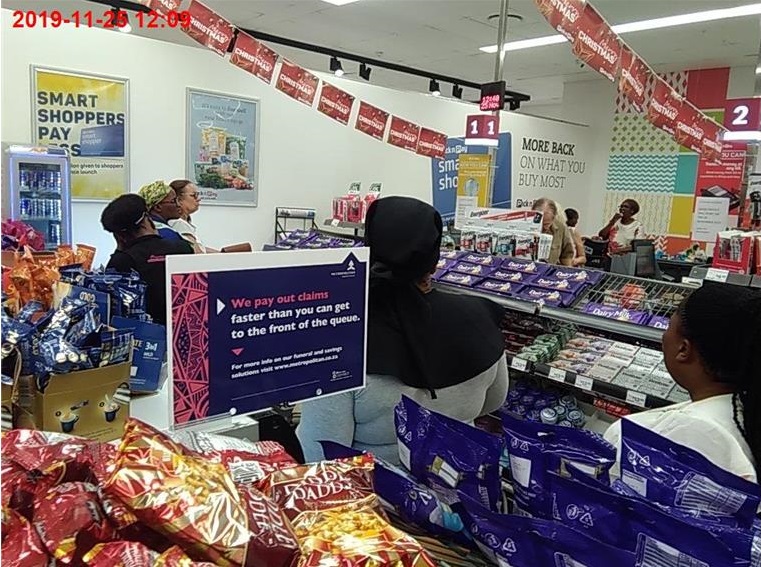 The campaign, which aims to drive awareness on the quick turnaround time for the Metropolitan Claims process, is a first of its type for this financial services provider.  “It’s important to us that our customers know that we are in the business of paying claims, and that we are committed to making sure that this process is as seamless and efficient as possible.” says Metropolitan Head of Marketing, Llewellyn Allen. “And as important as this message is, it was equally important for us to ensure that this messaging reaches our clients in the most effective way.”  He added.

Taking advantage of the busy season, Metropolitan has tactfully placed some of their messaging in and around Pick n Pay stores making use of clever campaign lines and executions.

Metropolitan Head of Marketing, Llewellyn Allen, says dealing with funeral arrangements after the death of a loved one is stressful and the last thing people need is to have to deal with challenging administrative hiccups.

“If their payments are up to date and our conditions have been met, they will be paid out within four hours.,” says Allen.

The timing dovetails the #WordsMatter campaign launched in November where Metropolitan identified words that policyholders often battle with and through a clever initiative, found simpler words and phrases that clients would understand.