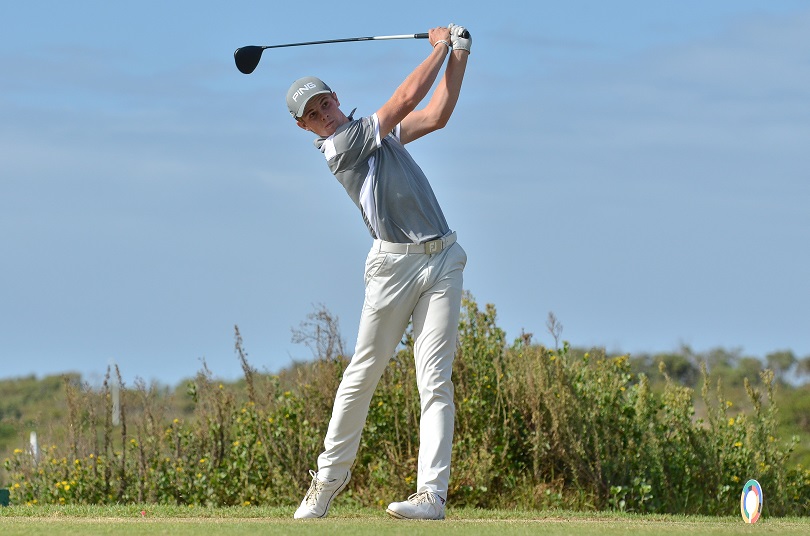 South Africa’s number one ranked amateur Jayden Schaper teed it up in the Junior Presidents Cup for a second successive time with Christo Lamprecht, while Martin Vorster, Sam Simpson and Jordan Duminy made their debut for the International Team at Royal Melbourne.

“This will also be the first time Casey, who will also be representing SAGA and GolfRSA in the 2020 South African Open Championship at Randpark in January along with Jayden, Sam, Martin, Jordan, Kyle de Beer and Yurav Premlall, receives senior national colours.

“We are very excited to field these two teams in the African Amateur, which annually draws a large number of top international amateurs. Over the first four years, we have witnessed some fantastic battles in the 54-hole team competition that is played concurrently with the first three rounds of the 72-hole stroke play championship.

“All eight golfers hold positions in the top six of the Open Amateur and Junior Rankings and have performed consistently well at home and abroad this past year. We are confident that we are sending two very strong teams in to bat for South Africa.

“It is a wonderful opportunity to give these rising talents the chance to compete against the top competitors from countries like England, Scotland, France, India, Ireland, Mauritius, Reunion, Switzerland and Zimbabwe.”

“The lads were gutted when England beat them by one shot for the team title and I have no doubt the memory of that close loss will spur them on,” said GolfRSA CEO Grant Hepburn.

“All four players have gained immense international experience representing South Africa on the international stage and during the GolfRSA National Squad Tour to Britain and Ireland in the last 12 months, which will serve them well when they take on the competition at Leopard Creek.”

Vorster, Simpson and Jarvis served on the victorious teams in the All-Africa Junior Golf Challenge and the Toyota Junior Golf World Cup in Japan. Schaper and Vorster also contributed to South Africa’s ninth consecutive All Africa Golf Team Championship victory in Mauritius, along with Duminy. Simpson and Vorster took second in the Men’s Competition at The Spirit International and helped the GolfRSA Proteas to ninth overall.

“Jayden, Martin, Sam and Jordan, together with Christo, had a fantastic Junior Presidents Cup, contributing six of the 11 points for the International Team. They also excelled on the individual stage, with Jayden winning the SA Stroke Play Championship and becoming the first South African to win the Junior Players Championship.

“Martin made it back-to-back victories for South Africa in the East of Ireland Open Amateur. Sam won the Nomads SA Boys U-19 Stroke Play and Boland Amateur Championships, while Casey rose to number two on the Open Amateur rankings on the back of wins in the Silver Salver and Central Gauteng Open and four provincial runner-up finishes.

“Our juniors have been equally impressive. Jordan reached the final of the SA Amateur and won the Nomads SA Boys Under-17 Championship, while Tyran not only rocketed to number one in the GolfRSA Junior Rankings, but also became the first South African winner of the Junior North and South at Pinehurst.

“Ryan’s consistency this season, including six top 10 finishes in eight starts, has propelled him to fifth in the junior standings and Christiaan Maas went wire-to-wire at Fancourt to win the Dimension Data Under-15 Challenge. Ryan also did well with a top finish in the Junior North and South, while Christiaan punched well above his weight in his international debut in the Reply Italian Under-16 Championship.

“The African Amateur Stroke Play Championship presents us with a fantastic opportunity and we applaud the SAGA on their selections. They have named eight in-form experienced golfers to fly the flag for South Africa and I am confident that these teams will do us proud at Leopard Creek.”