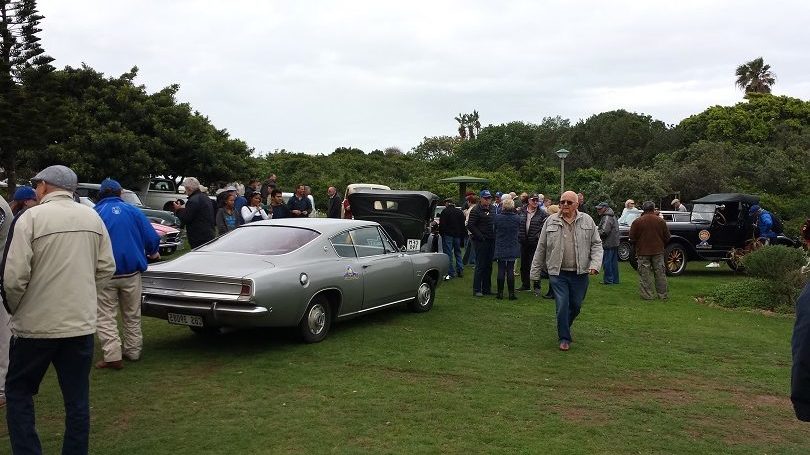 George, Garden Route (Jan 2020)  – In September 1959 the first Valiant was built in South Africa and the MOPAR Owner’s Club will be celebrating the occasion at the 2020 Old Car Show taking place on Saturday and Sunday, 8 & 9 February.

The Chrysler Valiant, initially a rebadged Plymouth Valiant (USA), was sold by Chrysler Australia between 1962 and 1981.  It was sold locally but also in New Zealand and South Africa, with smaller numbers also exported to South-East Asia and the United Kingdom.

In 1965, a commercial utility was introduced and exported to South Africa as the Rustler.  This was followed in 1969 by a two-door hardtop in 1971 called the Charger.

In 2009, the Chrysler Owner’s Club of South Africa was founded.  In 2011 the club was rebranded as the MOPAR Owner’s Club after the merger between Fiat and Chrysler, the members wanting to retain links to the American family.

By that time, many MOPAR Clubs had sprung up around the world, especially in the USA.

These are groups of automobile enthusiasts with a common interest of preserving and enjoying their Chrysler, Dodge, Plymouth, Jeep and Mopar related vehicles.

MOPAR is the parts, service and customer care organization within Fiat Chrysler Automobiles. The name is a portmanteau of the words “MOtor” and “PARts”.

The MOPAR Owner’s Group in South Africa has thrived under the leadership of Fanie Gerber who describes himself as the “chief cook and bottle washer”.

Today they have 174 members from across the country and a very active WhatsApp group that is restricted to members and owners who actively take part in the Group’s events.

Vehicles taking part range from a 1928 Dodge Brother to a 2019 Jeep Trail Hawk.  Gerber notes that many owners are pushing to get their vehicles ready for the Old Car Show.

A few interesting vehicles owned by members of the club are prototypes of the Barracuda and the Duster as well as a Savannah, a fuel-injected coupé built in cooperating with Krygkor, the forerunner of ArmsCor.

There will be few surprises on show, vehicles that the general public is not aware of and probably will never see again.

George Old Car Show Chairperson for 2020, Johan Rademan shared that this year’s event will, apart from the bakkies display, will feature a Ferrari Club exhibition including 17 of these supercars.

The Valiant Club will be celebrating 60 years.  There will be VW’s Auto Pavilion, an auction by Trader Auctions and a special exhibition of muscle cars.

For more information on the Show, please contact Klaus Oellrich @ 076 764 0897, or visit the website www.scocc.co.za .  Online tickets can be booked at Computicket.