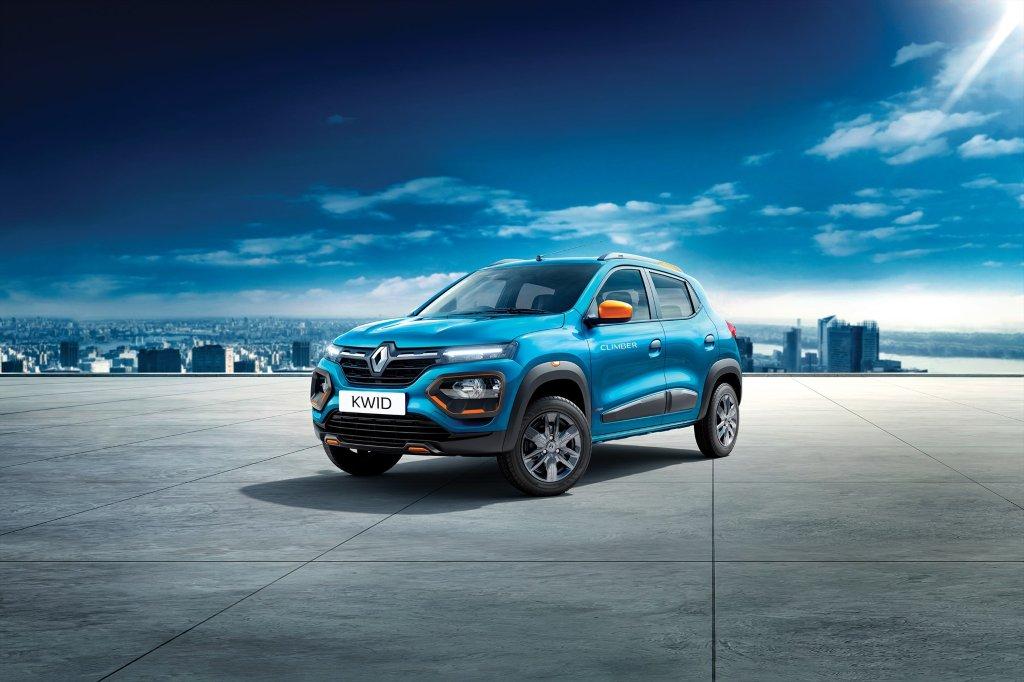 Brian Joss – There were lots of big winners in 2019. In politics, Boris Johnson came up trumps (no pun intended). At the Oscars, Bohemian Rhapsody was the big winner.

In motorsport, Lewis Hamilton reigned supreme. And, in the South African motor industry, the Volkswagen Tiguan was the big winner in the resale value stakes.

According to Darryl Jacobson, managing director of True Price, this enterprising start-up has conducted the first-ever study into annual winners in the resale value stakes. “We decided to analyse which 2018 model year vehicles achieved the best resale value (measured against original list price) during 2019. This has never been done before in South Africa,” he comments.

True Price is able to produce this data because its team attends bank repossession auctions throughout the year in order to document the prices that are achieved. These values are used to provide motorist with free vehicle evaluations. The company has data pertaining to thousands of vehicle auctions on its system. Accordingly, it is able to provide highly scientific and extremely accurate vehicle evaluations.

It is this data that the True Price team examined in order to come up with the list of the top 10 resale value winners for the 2019 calendar year. Volkswagen is the biggest winner, with three vehicles in the top 10. Toyota and Kia also perform admirably, with two vehicles in the top 10. Hyundai, Renault and Isuzu each have one vehicle on the list. Here is the complete list:

According to Jacobson, the Tiguan’s victory would not be unexpected to anyone who attends bank repossession auctions. “It has been incredible to see the rise in popularity of this sports utility vehicle (SUV) over the past 12 months. We’re seeing bidding like never before. It’s extremely popular with all age groups. This family-focused SUV boasts a spacious interior and faultless build quality. It is a brilliant car for soccer moms,” he notes.

Jacobson says that the Picanto is a real hit with first-time buyers who are in need of an economical city car. “Kia is a brand that has grown in reputation and stature – both globally and here in South Africa. This is proven by the JD Power 2019 Initial Quality Study, which ranked Genesis, Kia and Hyundai highest for the second straight year. Here in South Africa, Kia vehicles are also considered to be real quality acts. With its attractive styling and funky colours, the Picanto is always a sure winner on auctions,” he reveals.

South Africa’s best-selling passenger vehicle, the Polo Vivo remains the hatch of choice when South African motorists are shopping for an affordable vehicle. “It has an appealing price-tag, it’s a well-spec’d vehicle and it comes with the Volkswagen quality stamp of approval. It is an all-time favourite on the auction floor, with the traders knowing they can easily sell the vehicle,” Jacobson points out.

The most successful European car for more than four decades, the Golf has been a firm favourite with both South Africans and Europeans for many years. A new one (the eighth Golf) will come to South Africa next year. “Volkswagen has promised that it will be digitalised, connected, and intuitive to operate. We clearly have a lot to look forward to. But, right here and now in South Africa, the current Golf remains much loved. Buyers feel confident with the Volkswagen brand and the Golf nameplate, which is a sure bet when it comes to reliability,” says Jacobson.

Nipping on the Golf’s heels is the Rio which, according to Jacobson, is much loved because of its design. “This can be attributed to Peter Schreyer, who joined Kia in 2006 as its head of design. He took the brand which, until then, had been a budget vehicle through and through, and transformed it into a highly desirable commodity,” he notes. Like the Picanto, the Rio is also associated with quality. “It is this perception of quality plus the Rio’s reliability and low running costs that are seeing it perform so well in the resale value stakes.”

The top-selling vehicle in South Africa, the Hilux has attained iconic status in the South African motor industry. “One of the reasons is brand image. The Toyota brand is one of the most loved and trusted in South Africa. Motorists believe that they are purchasing reliability and peace of mind when they opt for Toyota. The second is aftersales service. Toyota dealers have an outstanding reputation for delivering good service at fair prices. Furthermore, the dealer network is vast, meaning that you don’t have to look long and hard to locate a dealer. Spare parts are also readily available. Plus, finally, let’s not forget the product itself: the Hilux is a sensational bakkie,” Jacobson points out.

A regular feature on the list of top-selling vehicles in South Africa (it’s normally in the top 10), the Fortuner is one of only two SUVs on the list. “This is somewhat surprising. We all know how popular SUVs are with motorists. These vehicles are adored because they offer lots of space and comfort, good styling and ride height too. While I’m surprised that there are not more SUVs on this list, I’m not in the least bit surprised to see the Fortuner make its appearance. Like the Hilux, it capitalises on Toyota’s excellent reputation in terms of quality and reliability, and the product is outstanding too,” Jacobson notes.

Jacobson confesses to being somewhat surprised to see the Isuzu bakkie so high up. “Personally, I would have expected it to be beaten by the Ford Ranger, which remains extremely popular and also has a high resale

As Jacobson notes, the Kwid is really rocking the new car sales charts. “In November 2019, it was the third best-selling passenger car in South Africa; no fewer than 1 508 Kwid sales were recorded,” he reveals. And buyers on auction are equally enthusiastic about the Kwid, as its excellent resale value proves. “It really is a great-looking vehicle. The millennials love it; so do I,” Jacobson says.

Rounding off the top 10 is the Hyundai Grand i10, which is also very popular amongst new car buyers. “The smallest car in the local Hyundai range, this stylish and refined hatch has great build quality and good safety features. It’s very popular on auctions, where we see that it has mass appeal. It finds favour with buyers of all ages,” Jacobson says.

This first-ever study into annual winners in the resale value stakes – which analyses 2018 models sold in 2019 – will be repeated at the end of 2020. “We will analyse all the 2019 models sold in 2020 and provide another top ten list at the beginning of 2021,” said Jacobson.

Visit: www.trueprice.co.za for a free evaluation.