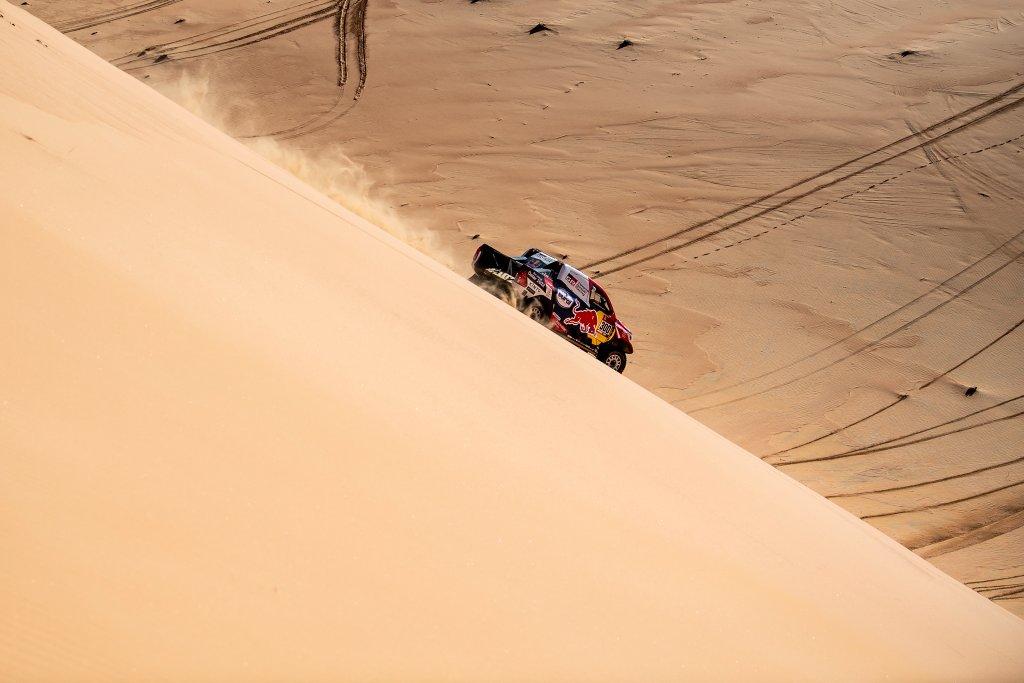 Brian Joss – The second part of the feared Marathon Stage saw the Dakar 2020 crews race from the small overnight bivouac at Shubaytah back to the relative safety of the main encampment near the town of Haradh.

It was a scintillating performance over extremely tricky terrain, including an 80km-long dune field that the teams had to cross shortly after the start.

The Qatari driver and his French partner never set a foot wrong, and now have one more roll of the dice in their quest for a second successive Dakar win.

“Their chances were dealt a severe blow, however,” said Toyota Gazoo Racing Team Principal, Glyn Hall, after all four Toyota Hilux race cars made it safely back to Haradh. “The organisers were forced to shorten today’s  stage to just 167km, due to a problem in one of the areas that the route crosses.

So, I have to admit that we’ve sadly probably run out of kilometres.”

Should this be the case, Al-Attiyah and Baumel will rue the time lost on Stage 10, which saw them drop 18 minutes in the overall standings due to a navigational error. They also suffered multiple punctures in the opening stages of Dakar 2020, and incurred a 3min penalty early on.

Stage 11 was a good one for Dutch driver Bernhard ten Brinke and his Belgian co-driver, Tom Colsoul. The pair went 4th-fastest on the day, and moved up into 7th place overall.

Giniel de Villiers and Alex Haro placed 6th on the stage, 12min 14sec behind the stage winners. They moved into 5th place overall, but are unlikely to catch the Toyota Hilux crew of Yazeed Al-Rajhi in 4th place.

Despite rolling their car in the opening kilometre of Stage 10, Fernando Alonso and Marc Coma fought back bravely, to record the 8th-best time on Stage 11. The Spanish super duo are in 13th place after 11 stages, and have only one more stage to conquer before completing their first Dakar Rally together.

The final stage will see the crews race from the bivouac at Haradh to the Saudi capital of Riyadh, where the rally will draw to a close at the entertainment city of Qiddiyah – a purpose-built facility, where the final podium will also take place.