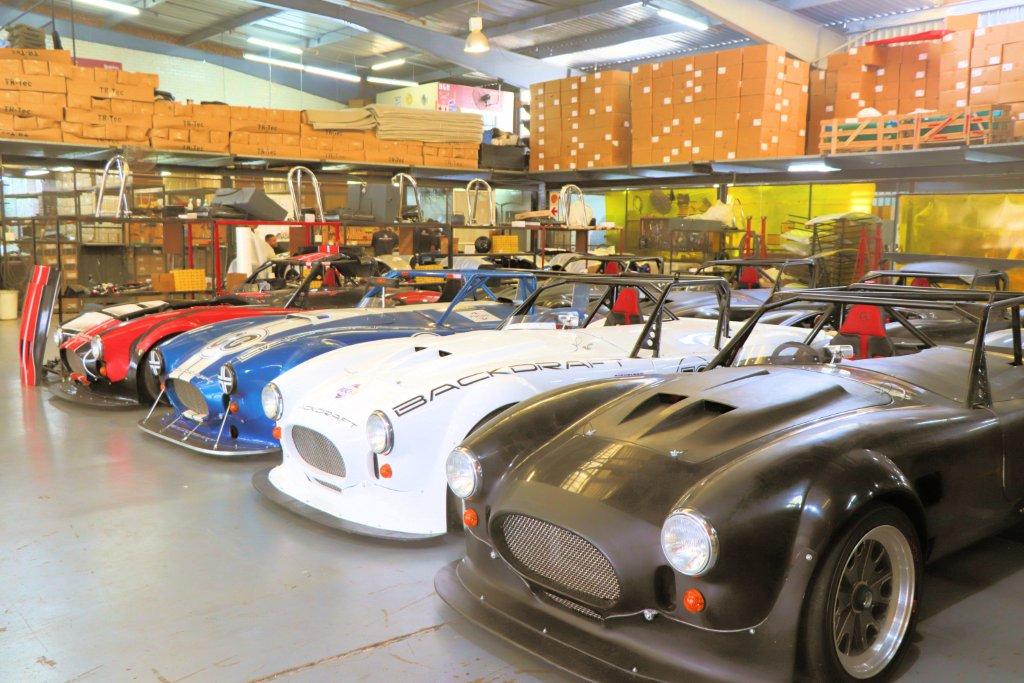 Brian Joss – Motor racing is all about passion and Backdraft Racing – based in Prospecton, Durban – has taken this to a new level by lending 10 race-ready Roadsters free to new teams for the 2020 SA Endurance Racing Series.

Teams from the United Kingdom, one from Sweden and one from Dubai are adding some international flair to the highly competitive series.

Backdraft Racing is headed up by former South African Driver’s Champion and Daytona 24-Hour winner, Tony Martin who says: “Everything I have today has come from racing so this idea is both a way to give something back to the sport I love and to add a new dimension to the SA Endurance Racing series.

“It is not a gimmick and the cars are all prepared to within a couple of horsepower of each other and are identical in every other way. They are extremely competitive, not only against each other but will be able to challenge other marques involved in the series.”

The South African Endurance Racing series consists of six events at various circuits around the country and are all 4-hour races except for the final at Killarney, Cape Town in December that will be a marathon 7-hour event.

“We have lent cars to teams capable of competing at this level of racing,” says Martin, “and all we are asking in return is they guarantee to be ready and present for both practice and the race at each event in the series.”

The Backdraft Roadsters are open-top racers powered by a 300 hp Lexus V8 engine driving the rear wheels through a BMW gearbox and BMW limited slip differential.

“They are raw, powerful and purpose-built race cars,” says Martin. “There are no electronic aids such as traction control or anti-lock braking. They are true driver’s cars.”

While the competing teams are free to bring their own sponsors on board to cover the general running costs, they will not be allowed to make any modification to the Roadsters beyond basic race-day and handling setup.

We will have a fully kitted parts transporter at each race with a full range of spares available. Backdraft will have their own ‘policeman’ – Brian Clifton – to assist competitors and to ensure compliance to the rules where necessary. Nothing on the engine, transmission or brakes can be changed, in fact no performance enhancing modifications will be allowed.

Competing in the series are a wide range of marques including Lamborghini, Ferrari and Porsche alongside sports cars such as Ginetta, Liege, Nash and Juno.

In all, Backdraft Racing will have at least 13 cars for the 2020 season with established pairing Brian Martin and Trevor Graham continuing to campaign their easily recognizable red Roadster, while a completely new car is being readied for Tony Martin and Mike McLoughlin. Added to this we are excited that Clare Vale will be competing in another Backdraft albeit not in the production series.

McLoughlin holds the outright lap record at Dezzi Raceway, KZN in his sprint setup Roadster, having taken that away from Jaki Scheckter who was driving Greg Parton’s Lamborghini Huracan at the time.

Current KZN Sports Car Champion, Duncan dos Reis, will be one of the drivers of the new Roadsters alongside Damon Parker while well-known Historic driver Colin Ellison will partner with Peter Jenkins.

The UK team consists of Mark Owens with Italian Jean-Marie Gabbiani as co-driver while Thomas Kummerling and his son Jacob will be the Swedish entry. Rudi Patior and A N Other our Dubai importers will also be competing.

Brothers Gary and Nigel Richardson will form another team as will Graham and Tania du Toit.

Another top KZN driver, Steve Clark still has to announce his co-driver as does Cape Town’s Brian Morgan.

“The spectacle of these 10 Backdraft Roadsters racing each other and the rest of the field is going to add a whole new dimension to the series this year,” enthuses Martin. “Within the series itself there will be a Roadster class – so if anyone has a roadster and wants to join the fun, they are more than welcome.”

The first of the current Endurance Series was a 6-hour held at the Phakisa Freeway near Welkom in the Free State on February 23, 2013. The events grew in stature and size over time as their popularity increased and, in 2017 National Championship status was granted by Motorsport South Africa.  The first South African National Endurance Racing Champion was crowned together with an Index of Performance National Champion. Ironically this honour befell a Zimbabwean, Darren Winterboer.  He managed to pull off both Championships with solid performances throughout the year.

For 2020, the season-opener is a 4-hour race at Aldo Scribante near Port Elizabeth on March 21.

CAPTION: Lined up: the race-ready roadsters in the Backdraft Racing workshop in Durban. Picture: Quickpic