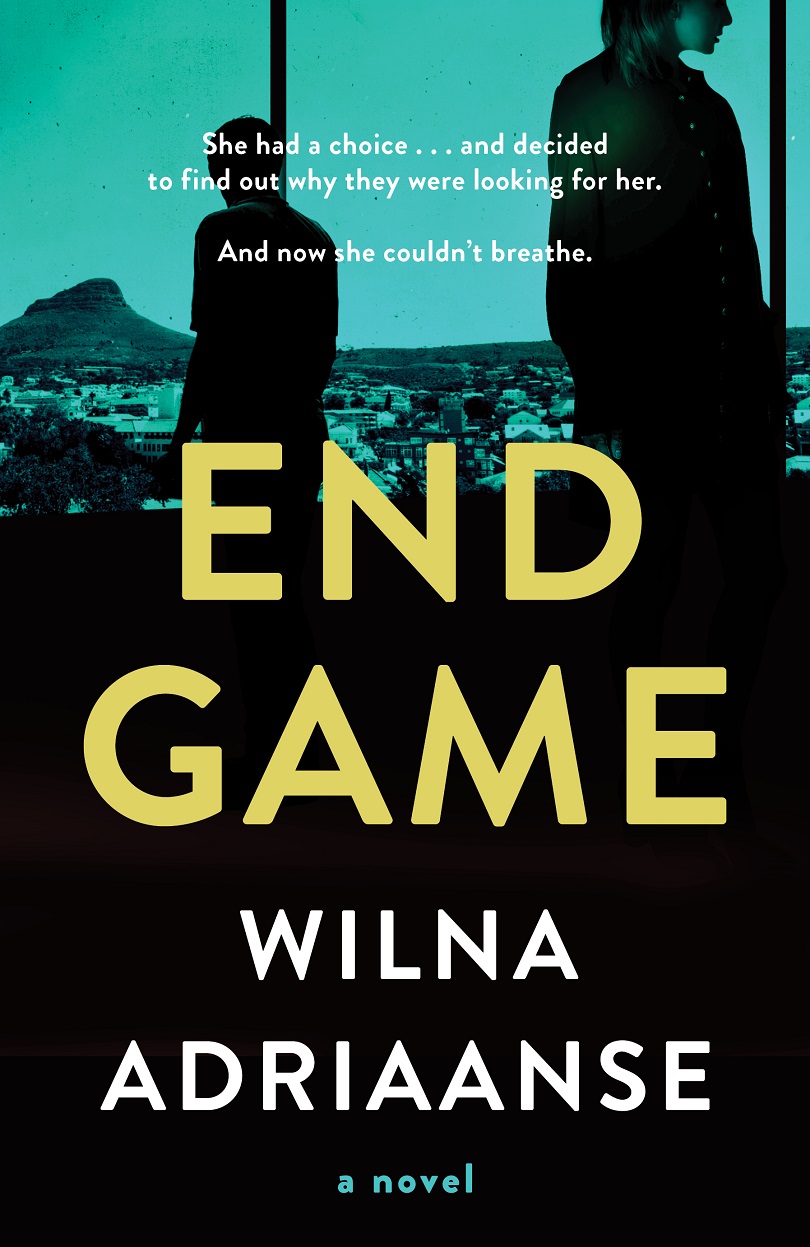 Lieutenant Ellie McKenna has found a safe place in Montagu in the Klein Karoo after being severely assaulted and shot outside her Goodwood home after she was hired to work undercover as a bodyguard to protect the young and beautiful Clara Veldman who moved in with the low-life scion of a Cape Town mafia family, Enzio Allegretti.  Clara is the niece of notorious gangster boss, Nazeem Williams, who runs various “enterprises” from his Rondebosch home. (“Blind Side”, the Gremlin August 19 2019). One of Nazeem’s henchmen, Reggie Williams, was responsible for brutally beating Ellie, leaving her with a disfigured body and psychologically scarred. Most of the evidence from the witnesses was incoherent and the police were unable to get a conviction. Now working as a barmaid in the tranquil town Ellie is slowly putting the pieces of her life together. But she is still determined to find the person who murdered her policeman father at a roadblock.

Ellie finds out that two men are looking for her and they visit the church where she is the organist. So she heads back to Cape Town on a bike borrowed from Wynand, owner of the pub where she works. After booking in to a Sea Point backpackers’ lodge she learns that Clara, for whom she developed a soft spot, has disappeared and may have been kidnapped. Enzio too is nowhere to be found. The characters who featured in Blind Side: her policeman partner, Clive Barnard; one-time lover, the not-so-kosher Captain Albert Greyling; the Allegretti’s chief of security, Colonel Nick Malherbe, who is working undercover for Interpol; Enzio’s dirty partner, Ken Visser, whose wife, Gabriella, has a thing for Malherbe; the two quirky characters, Happy, a homeless person who is one Ellie’s informants, and part-time sex worker, Brenda, are back. As well as Ellie’s friend, psychologist Melissa Calitz who have known each other since 1994, when they both studied at Stellenbosch University.

Back in Cape Town Malherbe, who has a sticky relationship with McKenna since they banged heads in Blind Side persuades her to join the search for Veldman (and Enzio), mainly because Nazeem Williams, didn’t know that she was an undercover cop and still trusts her. Malherbe joins forces with Barnard, McKenna and a few additional police officers to find Veldman and Allegretti.

While all this is happening Ellie is stressed out because her mother is getting married again. Malherbe also has to deal with the consequences of sending an old friend, a crooked cop to prison, who turns up suddenly.

The team figure out that Veldman has been kidnapped as a way to force Allegretti to repay the millions when a deal he made with a Chinese gangster went wrong. When Malherbe has a Kodak moment and tracks down Enzio to where he has been hiding in plain sight everything starts to fall in to place. There are red herrings galore that mislead, and they do, until the real culprits are unmasked.

End Game is not your run-of-the-mill police procedural thriller. It is an intelligently written novel with heart-stopping moments as the tension ratchets up. However, it doesn’t work as a standalone and you would have to read Blind Side first. Put them at the top of your reading list for 2020.