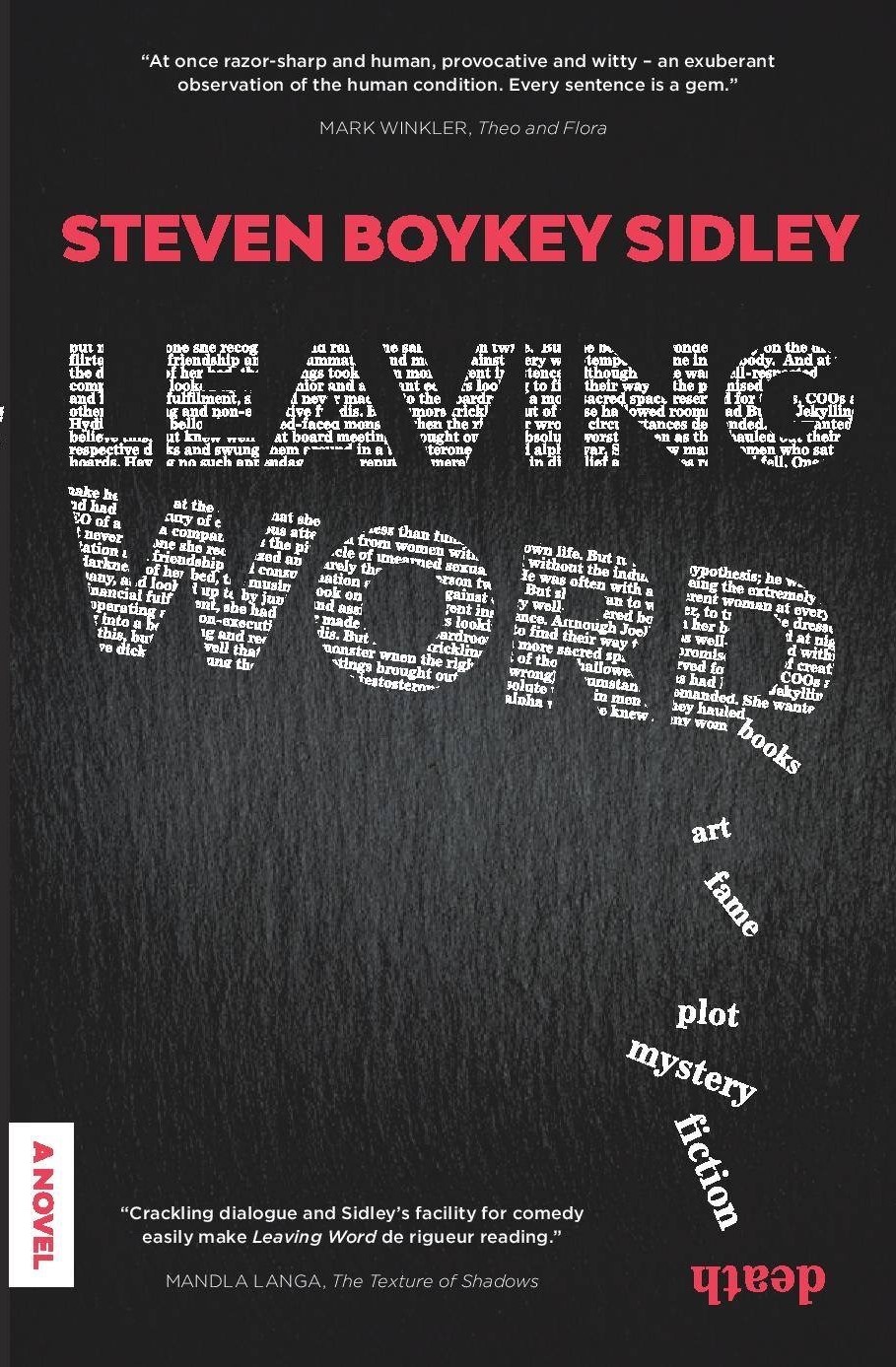 Leaving Word is literally a literary thriller about a murder deconstructed that takes place when the book publishing business is being dealt a mortal blow by the digital age.  The CrossMedia board headhunted Buddy Rappaport from Silicon Valley to be their chief executive officer after he developed an opinion-aggregated site, Opine, that had millions of subscribers. Two years after his appointment, he fires legendary book editor and protagonist Joelle Jesson, 40, just hours before Buddy is found dead in his office. Apparently he died of fright after being confronted by Thron, a would-be author who received one rejection slip too many. Despite his promises he made when he moved into the hot seat that no staff would lose their jobs Joelle, who fancied Buddy and would have slept with him, if he asked (he didn’t), was given the sack. Now she is determined to find out how he died.  At Buddy’s funeral  LAPD detective Antonin Corelli, asks Joelle to read his manuscript.  She agrees on condition that he answers her question relating to Buddy. “Can a thirty-five-year-old reasonably healthy man just die at his desk? No obvious causes?.” The answer from Corelli is, “Depends”. Which is not what she wants to hear.

But Joelle reads the manuscript anyway, using her sharply honed editing skills looking for plot, motive and examining structure, among others, and the story which has the working title, Mogul, echoes Buddy’s death. Enter Buddy’s big brother, Duke, dark and brooding, a notable artist. Slightly resentful of his brother’s success, Duke is an expert on famous artists, paints nudes and has a preference for the old masters. Duke is also rumoured to be an art forger par excellence. Joelle visits him soon after the funeral only because the big brother is painted as the likely culprit in Corelli’s manuscript.

Meanwhile Joelle’s future looks bleak with no obvious job prospects in sight. And her ex-husband, Blane, who lives in Cape Town, is dying of cancer. Joelle enjoys a close relationship with her sister, Karina, her two daughters, Sontag and Picnic, and their ageing dad and grandfather, Dusty, who reveals a long-held secret about his late wife, their mother, that has been haunting Joelle since she “abandoned” her when she was still a teenager.  Perhaps that’s why she can’t find happiness.

Successful as he is, Buddy also has a secret which Duke uncovers by accident, when in an idle moment after the funeral, he accesses his brother’s smartphone. Shades of movie mogul and sexual predator Harvey Weinstein. There are threats of blackmail and the release of a video. The story gathers pace until the unexpected and shocking denouement.

Was Buddy murdered or did he have a heart attack? Will Joelle find love with Corelli? Will his book ever see the light of day?

Leaving Word has touches of dark humour and the crackling dialogue keeps the story moving. Sidley has an unusual knack of bringing his characters to life with all their foibles and insecurities and how, in the end, they triumph over adversity. Sidley is a keen observer of the human condition. Leaving Word will give you plenty to think about and will show why Sidley who divides his time between South Africa where he was born and America, is being  compared to Ian McEwan and Martin Amis, among others. But I think he is in a class of his own. His other books include Free Association, Imperfect Solo, Stepping Out and Entanglement.